Amazon, Google Pledge To Fight Against The Ban, #DeleteUber Trends 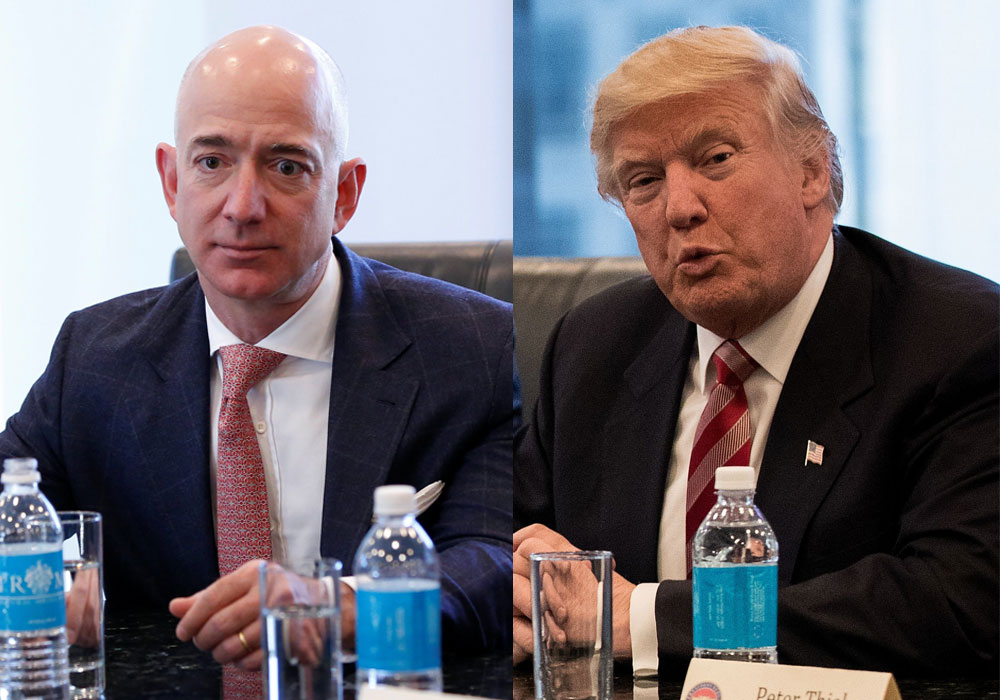 In the wake of America’s 45th President Donald Trump’s latest executive decision of banning immigrants to enter the US for 90 days from seven countries, ecommerce giant Amazon’s CEO Jeff Bezos has publicly taken a stand to oppose and criticise the order.

As per a report by Re:code, Amazon is ardently working to fight the ban, both on Capitol Hill and in the courts. In addition to that, Bezos is also supporting the Washington State Attorney General, Bob Ferguson, who sued President Trump for his decision.

The Amazon CEO told The Telegraph, “This executive order is one we do not support. We’re a nation of immigrants whose diverse backgrounds, ideas, and points of view have helped us build and invent as a nation for over 240 years. To our employees in the US and around the world who may be directly affected by this order, I want you to know that the full extent of Amazon’s resources are behind you.”

As per the same report, Amazon employees from any of the seven countries under the ban have been requested to not leave the US and are being offered legal help, for their immediate family as well, who are affected by the executive order.

Tech giant Google, led by its CEO Sundar Pichai has also condemned the ban and the employees, along with their CEO, held a protest outside Google’s California offices. As per another report by The Telegraph, around 2,000 employees protested the President’s immigration ban, with signs and symbols like, “We are a nation of immigrants,” “All are welcome,” and “No ban, no wall.”

As per an Indian Express report, addressing the crowd of protesters, Pichai said, “This is something – there are some values and it’s something you should never compromise on. The thing we’ve been debating for the past three days in one of them. And the fight will continue.”

Immediately following the ban, Google recalled its staff members back to the US and also donated $4 Mn to refugee relief causes. Facebook, Netflix, and Airbnb have all taken a stand against the ban, staging protests of their own. The companies have also offered free services and money to refugee causes.

On the other hand, online cab aggregator Uber came under a negative spotlight after it suspended surge pricing during strikes at JFK Airport. This resulted in a public outrage and initiated a new movement: #DeleteUber, a social media campaign encouraging people to delete the Uber app and their accounts with the company.

Following the widespread social media campaign against his company, Travis Kalanick released a new statement shedding light on how Uber would help drivers.

The social media campaign is just one of the many populist movements that have been initiated against the tech companies that have supported the executive decision. If these movements and protests will have any real difference in the businesses of tech companies, only time will tell.