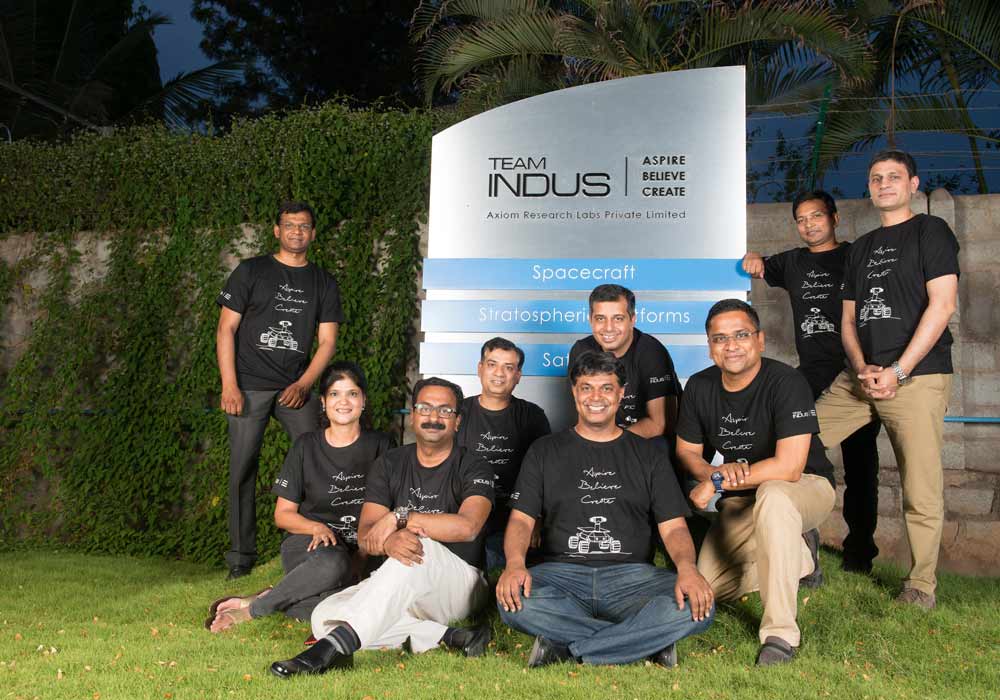 “It takes a village to raise a child, similarly to land on the moon takes a whole country.”

Keeping this thought in mind, TeamIndus, a space technology enterprise, today announced a verified commercial launch contract with the Indian Space Research Organisation (ISRO) for its mission to land a spacecraft on the moon as part of its bid to win the Google Lunar XPRIZE, an inducement prize space competition organised by XPRIZE, and sponsored by Google.

XPRIZE is an innovation engine, a facilitator of exponential change and a catalyst for the benefit of humanity.

Finally after six years, TeamIndus planned to launch it rover on December 28, 2017 and if they win the competition, it will be awarded $30Mn.

While addressing the gathering during the launch, Rahul Narayan, TeamIndus’ Fleet Commander said, “What gave us the confidence to dream big when we started on this journey many years back, was the heft of the scientific legacy that India, with ISRO, created over decades. This launch contract reaffirms our mission as a truly Indian mission where the best of India’s public and private enterprises have come together to realise a common dream.”

Being the only Indian team competing for the Google Lunar XPRIZE, TeamIndus’ goal is to ignite a new era of space exploration by lowering the cost and inspiring the imagination of the next generation.

The $30M Google Lunar XPRIZE is a competition to challenge and inspire engineers and entrepreneurs from around the world to develop low-cost methods of robotic space exploration. To win the Google Lunar XPRIZE, a privately funded team must successfully place a robot on the Moon’s surface that explores at least 500 meters and transmits high-definition video and images back to earth, before the mission deadline of December 31, 2017.

Rahul Narayan, founder of Axiom Research Labs and Head of TeamIndus, never dreamt of exploring space. His Eureka! moment occurred during his role at Agincient Technologies which often demanded him to do video conference with US and UK. During one such video conference with an American customer who was working with another Google XPRIZE team, he got the idea to set up a team from India to participate in the competition.

Rahul researched the competition and found out that only one team from India had taken up this challenge, so far. The last day of the competition was December 31, 2010 and the fee for it was $50K. He quickly put together a team which consisted of folks who had no background in aerospace and on December 30, 2010, Rahul finally registered the team.

The TeamIndus Spacecraft has been designed and developed in Bengaluru by a 100-person engineering team including 20 retired ISRO scientists. With a core team of nine people, TeamIndus aspires to become a full-fledged company in the space sector.

Till date, TeamIndus has secured $15Mn from a bunch of investors who are strongly betting on it to shoot to the moon, according to Rahul. The total cost of the project is $60Mn and the team is looking to raise another round of funding soon.

“India is at the cusp of dramatic change. We are ready to take to the global stage in demonstrating a capability for building deep technology and competing with the best in the world. I invested in TeamIndus because they’re the face of New India, and I believe they will inspire the next generation of innovators and achievers,” said Nandan Nilekani. 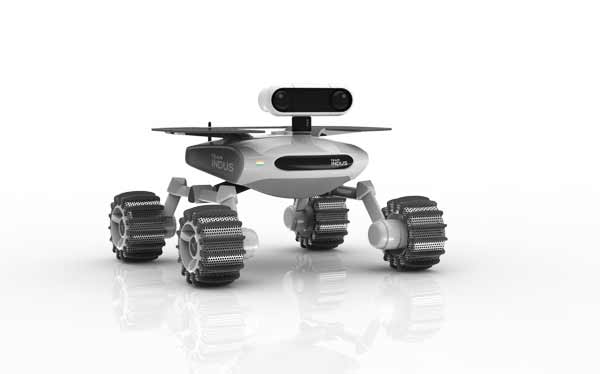 TeamIndus will launch its spacecraft bound for the moon aboard the Polar Satellite Launch Vehicle (PSLV). In a launch window starting on December 28, 2017, the PSLV will inject the spacecraft into an orbit 880 km x 70,000 km around the Earth. The spacecraft will then attempt to undertake a 21-day journey to soft land in Mare Imbrium, a region in the North-Western hemisphere of the Moon.

After landing on Mare Imbrium, the Spacecraft will try and deploy its entire payload including the TeamIndus Rover that will traverse 500 metres on the Moon’s surface in order to accomplish its Google Lunar XPRIZE objectives.

The team targets to complete this mission within 7 earth days where 1 Lunar day is equal to 14 earth day.

How This Mission Will Benefit India

The mission will help India to join an exclusive club of nations with proven technology to soft-land on the Moon, thereby opening newer avenues of space exploration for the benefit of all humankind. “Programmes like these are a testimony to the Indian Government’s Make in India initiative in the increasingly competitive world of New Space companies,” Rahul said.

This agreement reaffirms TeamIndus’ credentials to stake the Indian tricolour on the moon, a feat previously accomplished by the erstwhile USSR, US, and China.