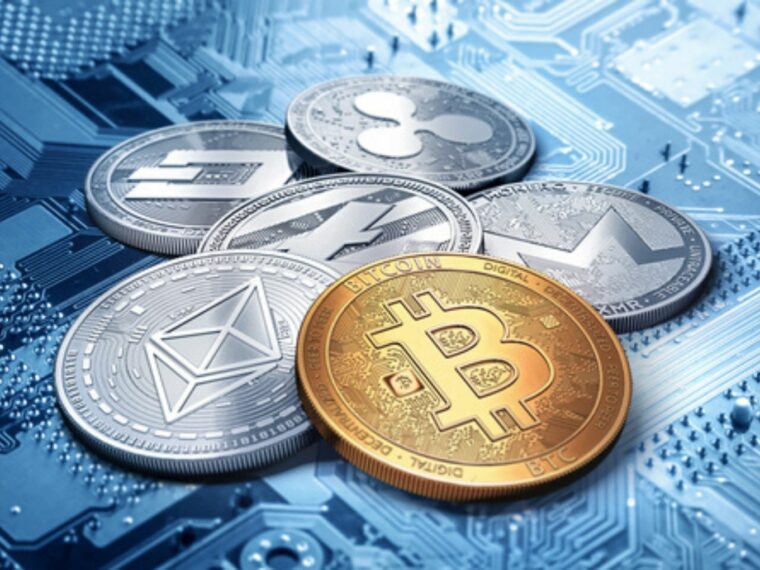 The tax is being introduced through a new section 194S in the Income-tax Act, 1961

The income tax department has issued a circular to clarify its clauses related to the new rules for TDS on virtual digital assets (VDAs). These include cryptos, and non-fungible tokens (NFTs), which are set to kick in from July 1, 2022.

The tax is being introduced through a new section 194S in the Income-tax Act, 1961, the circular noted.

Earlier this year, the 1% TDS for VDAs was proposed during the Union Budget session in February, along with a 30% tax on income from VDAs. The recent circular by the income tax department is aimed at removing ‘difficulties’ with regards to the TDS rules.

Who Is Liable For Deducting TDS When Exchange Is Intermediary?

“According to section 194S of the Act, any person who is responsible for paying to any resident any sum by way of consideration for transfer of VDA is required to deduct tax,” the circular stated.

Hence, in the case of a direct buyer-to-seller transaction, the buyer is required to deduct tax under section 194S of the Act. However, the TDS might be deducted at multiple stages when the transaction is being conducted through an exchange.When the exchange is an intermediary, the exchange will have to deduct the tax before transferring the payment to the seller of the VDA.

In a case where the broker owns the VDA, it  will be considered as the seller. Hence, the amount of consideration being credited or paid to the broker by the exchange is also subject to tax deduction.

Further, when a broker is not a seller but facilitating the credit or payment between exchange and the seller, the broker will also be responsible for deducting the tax, along with the exchange.

As per the 194s of the income tax act, if there is a written agreement between the exchange and the broker for tax deduction on such credit/payment, then the broker alone may deduct the tax. The exchange would be required to furnish a quarterly statement for all such transactions.

What Happens When The Exchange Is Also The Owner Of The Asset?

How Does The Rule Apply When The VDA Is In Kind, Or In Exchange For Another One?

For such transactions, the buyer needs to ensure that the seller provides proof of payment of such tax like challan details. In case of an exchange of one VDA for another, both the parties will need to show proof to the other of payment of TDS as both of them will be considered as buyer or seller.

However, if such a transaction is taking place through an exchange, it will be responsible for deducting the tax based on written contractual agreement with the buyers or sellers. The exchange would be required to deduct tax for both legs of the transactions and pay to the government.

Other Provisions Of The New TDS Rules

As per the guidelines, tax deduction under 194Q of the Act would not be required once the same is deducted under section 194S of the Act. It must be noted that section 194Q is applicable for individuals whose business turnover, through the purchase of goods, exceeds INR 10 Cr per annum.

The tax will be deducted on the ‘net’ consideration after excluding GST/charges levied by the deductor for rendering service.

“The liability to deduct tax under section 194S of the Act applies only when the value or aggregate value of the consideration for transfer of VDA exceeds fifty thousand rupees during the financial year in case of consideration being paid by specified person and ten thousand rupees in other cases,” the guidelines stated.

Considerably, the 30% tax rule for income on VDA transactions came into effect on April 1, 2022. Following the implementation, the cryptocurrency exchanges in India saw a significant decline in transaction volume, even upto 60%-70%. At that time, the stakeholders predicted there would be higher impact when TDS rules kick in. As the crypto industry remains under pressure with Luna crash, fall in Bitcoin pricing, and regulatory uncertainty, among other issues, it remains to see how the TDS rules augur for the industry.