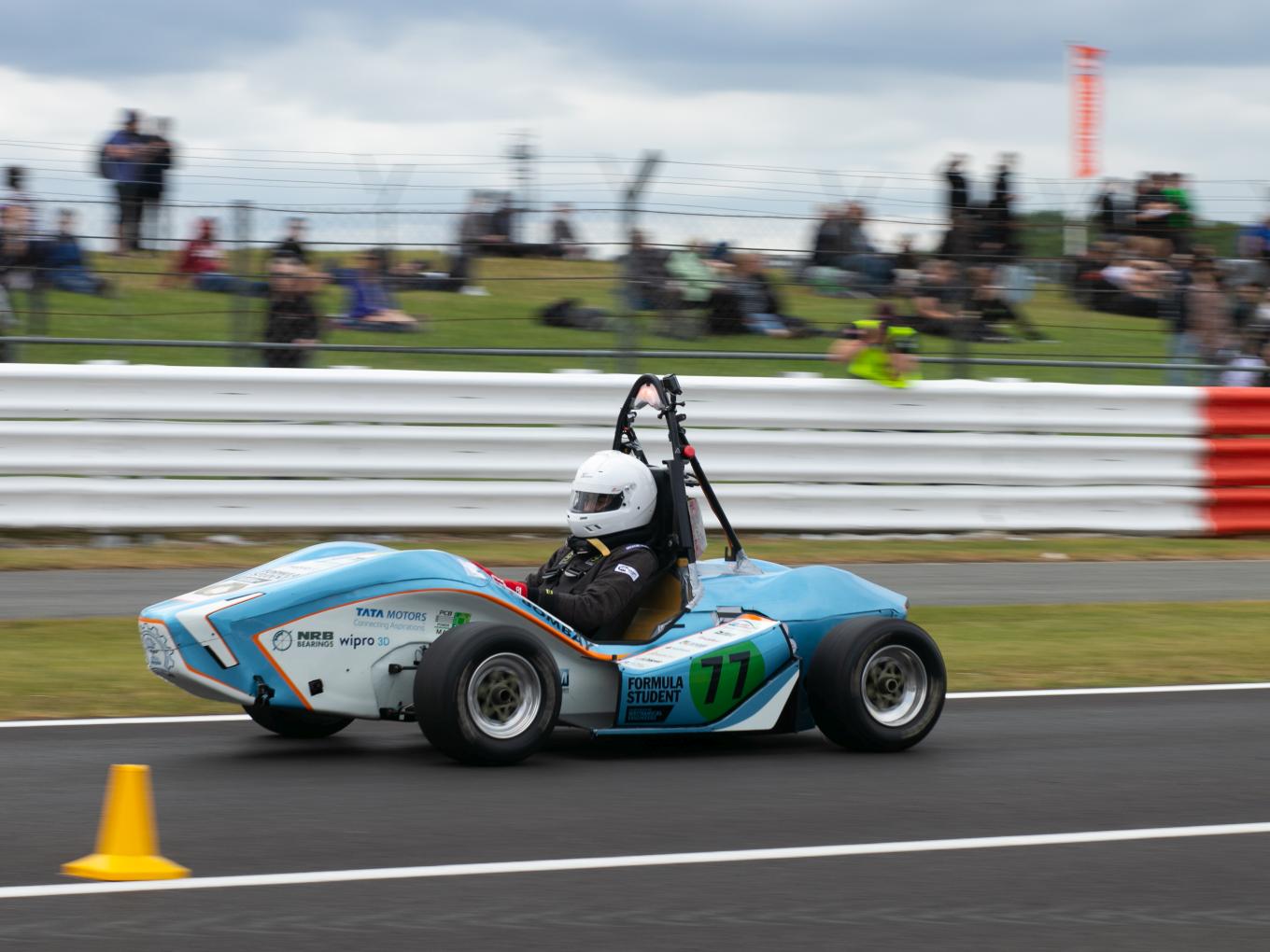 Tata Motors and a group of 70 students from IIT Bombay have worked together to develop an electric race car called the”EVoK”. The IIT Bombay Racing Team competed at the prestigious Formula Student UK 2019 that is held annually after the British Grand Prix at the Silverstone Circuit in the UK in July.

The Indian team made a name for itself by achieving an overall rank of 30 among 118 participating teams and secured the third place amongst teams competing in the electric category.

This result has come after seven years of work, where students and faculty partnered with Tata Motors for the last four years.

This year, the collaboration was taken to the next level with mentoring and expert insights bringing unprecedented access to industry-grade testing facilities for the IIT Bombay team, including the high-speed ERC test track in Pune. The IIT Bombay students were also awarded two-month internship opportunities at Tata Motors as a part of their association to further hone their skills.

Shailesh Chandra, president of the electric mobility business for Tata Motors, said the car stays true to the company’s testament of making an impact through youth. “This partnership presented us with an opportunity to not only mentor promising young engineers but also enable them to represent the country and compete at an international platform. We are proud of the efforts made by the students of the IIT Bombay Racing team by developing their most advanced electric racing vehicle yet.”

According to ITT-Bombay Racing Team’s website, it works on all aspects of the development internally including power train, chassis, battery management and data logging for improving the vehicle performance.