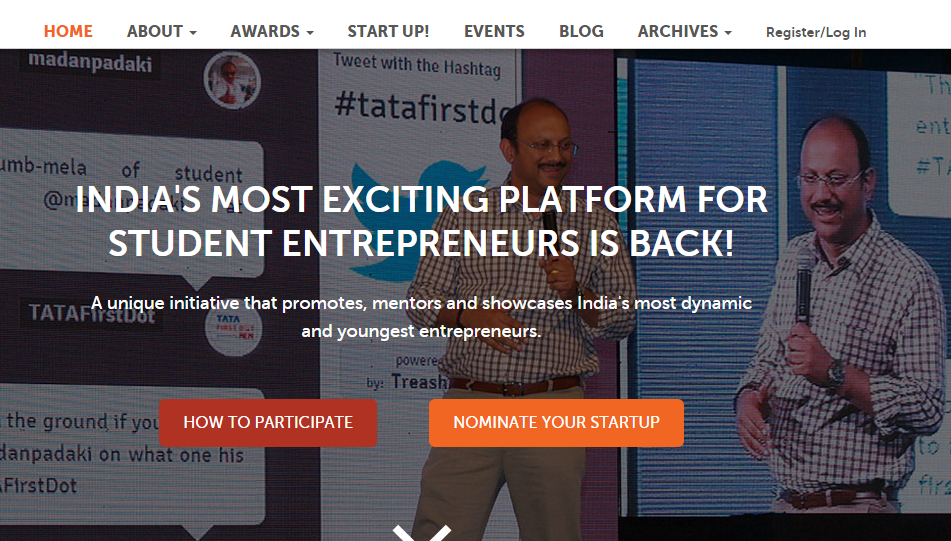 The platform has introduced special bootcamps in 5 cities and online courses. Top student startups from the North, South, East, West and central regions of India will be invited to bootcamps in Bangalore, Mumbai, Chennai, Jaipur/Delhi and Kolkata where they will be mentored and coached to pitch their businesses.

The online courses are targeted at all potential and aspiring entrepreneurs, and will help them to learn the basics of entrepreneurship through video content. Further, online Mentoring Clinics, both open and video-enabled sessions, are being hosted for entrepreneurs.

Announcing the initiative, Atul Agrawal, vice president, Corporate Affairs, Tata Services, said, “In line with the Tata group’s ethos of pioneering and entrepreneurship, Tata First Dot powered by NEN programme has been providing encouragement to student start-ups and we have been delighted with the encouraging response over the years. The fourth edition brings new value-adds and we are hopeful that once again the Tata group’s endeavours, through this multi-phase programme, will help the country’s young and dynamic student start-ups in taking forward their entrepreneurial journey.”

Winners of the competitions will be felicitated at the Tata First Dot National Conference to be held in Bangalore in early 2015.

Tata First Dot 2013-14 had attracted over 400 entries across multiple sectors including education, manufacturing, IT/software, hospitality/travel, retail, biotech, etc. Entries were received from over 44 cities of India, including metros, major cities and smaller towns.