Tata CLiQ To Blend Marketplace With Inventory For Higher Margins

Tata CLiQ To Blend Marketplace With Inventory For Higher Margins 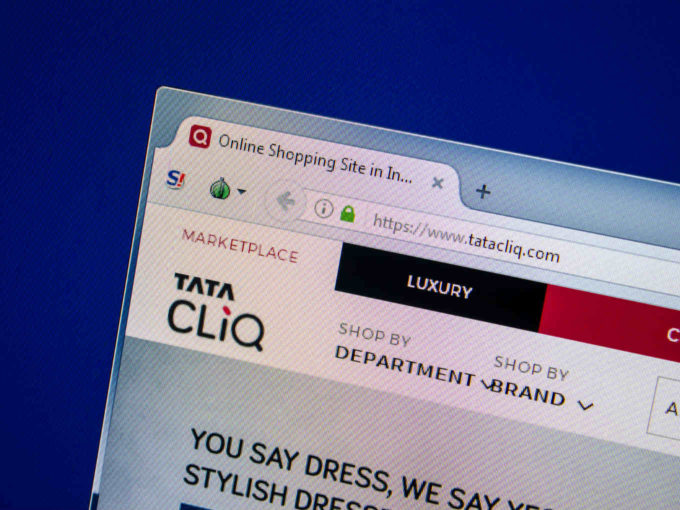 An ET report citing industry executives said Tata CLiQ has now started direct selling to consumers. Earlier, retailers, brands and other sellers would sell through Tata CLiQ and the platform would earn revenue from it.

Under the new model, the company may get higher sales and faster growth as a seller will now hold inventory whereby it can directly control price, supplies, delivery and offer discounts to consumers.

The development comes in the light of recent infusion by the parent company as well. Tata Group has invested over INR 300 Cr in the company to support this expansion of role. There has been fresh fund infusion in December 2019 and January 2020.

Tata CLiQ has reportedly already started trials of direct sales with television and home appliances of top brands like Xiaomi and Voltas and will expand into other high value and fast-moving categories like smartphones to gain volume.

Tata Industries executive director KRS Jamwal reportedly said the ecommerce business is experimenting with selectively acquiring head inventory, specifically for enhancing customer experiences, better delivery mechanisms and enhanced margins. “This does not necessarily imply that we are implementing the inventory model,” he said.

Jamwal said the current infusion of capital is part of routine infusions of capital and will be ongoing. “Unlike a VC-funded company, capital is not raised in bulky rounds,” he added.

It is being reportedly said that Tata CLiQ is approaching to sell exclusive models so that it can have a distinct space in the market as a seller and has a long-term target to generate a majority of the platform sales by itself.

In May 2016, Tata Group entered ecommerce space by launching Tata CLiQ under Tata Unistore. The marketplace focuses on apparel, electronics and footwear. The idea before starting the online marketplace was to not have a large base of sellers and completely focus on brands and take on board only brand-authorised sellers.

The USP of Tata CLiQ was to stay away from discounts and lower prices. Immediately after launch, CLiQ, entered into a partnership with companies like Genesis Luxury to offer an exclusive range of international luxury brands.

However, around two years later, it took a different approach by introducing minimal discounts to compete with the likes of Flipkart, Amazon. However, the prices kept were not so low that it takes away the demand from brick-and-mortar stores. Discounts were offered on smartphones, televisions and white goods such as air-conditioners to stay competitive and provide value to customers.

With the latest transition, Tata CLiQ is looking to challenge ecommerce biggies who are already in a tough state with the government’s FDI regulations and upcoming ecommerce policy.