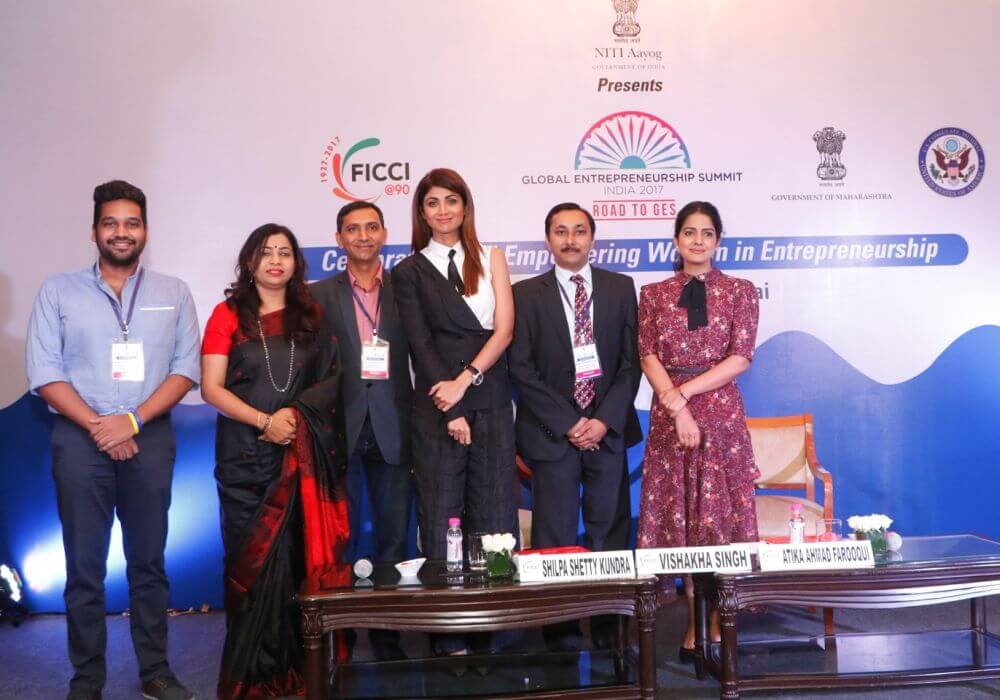 As per the official statement, the angel fund is the second in the country targeted at women and founded by a women angel syndicate after the SAHA fund.

The Billennium Divas Angel Fund is geared towards encouraging and empowering women entrepreneurs in Maharashtra. Speaking at the launch, Maharashtra State BJP spokesperson Shweta Shalini stated, “According to Impact Alpha Special report, India’s 650 Mn women, from farmers and artisans in rural India to urban entrepreneurs and advocates, are the key to meeting all of the global goals for 2030, and especially Sustainable Development Goal. We need to achieve gender equality and empower all women and girls.”

As part of the Billennium Divas Angel Fund launch, Tapaswi Group Ventures also announced their upcoming Startup Investors Summit 2017 in Mumbai. The first in a series of national-level summits, the event will bring together more than 100 speakers, 500+ startup investors and up to 1,000 startups from across the globe.

Among the dignitaries that will be attending the summit are Devendra Fadnavis, Honorable Chief Minister of Maharashtra; Sambhaji Patil Nilangekar, Minister of Labour and Employment, Skill Development and Entrepreneurship, Government of Maharashtra; Anirudh Damani, Managing Partner at Artha Venture Fund and Sanjay Mehta, Angel, PE Investor and Director CORE Media, among others.

The objective of the Startup Inventors Summit is to increase the number of angel investors and facilitate the growth of more startups in the country.

Commenting on the development, Tapaswi Patel, Chairman and MD of Tapaswi Group Ventures, said, “A staggering 100 Mn businesses are launched annually, according to figures from GEM Global Report (Global Entrepreneurship Monitor) – approximately 3 businesses every second or 11000 per hour. And of those “employer businesses”, about 60% are bootstrapped or funded by the founder; 30% are funded by friends and family and 10% are funded by angels. With regard to this 10%, in the US alone, there are more than 320K angels, while India has just over 3000 active angels.”

As per Inc42 DataLabs, over $5.19 Bn was raised by India’s tech startup ecosystem during the first half of 2017, of which more than 53% went to just two companies: Flipkart and Paytm.  Funding deals in startups have increased by an overall average of 18% in the first three quarters of 2017 (from January to September).

So far this year, Indian startups were able to close more than 700 deals (till September 2017) across different segments with a record high investment of $9.4 Bn, a growth of almost 1.35X when compared to total investment in 2016 (January-December).

Despite these encouraging figures, a large number of startups are still struggling to grow and scale up due to lack of adequate capital. For women entrepreneurs, the ordeal of starting up and raising funding is much acuter. Out of 638K villages in India, around 593K villages are inhabited. That means around 68.84 % of the population still live in villages and rural economy improvisation is the key to bolstering the country’ growth.

A little more than 48% of the Indian rural population is female, according to the Socio Economic and Caste Census. With the Billennium Divas Angel Fund, Tapaswi Group and Navi Mumbai Angel Network are looking to not only promote female entrepreneurship in Maharashtra but are ultimately aiming to uplift women in urban as well as rural areas across the state.