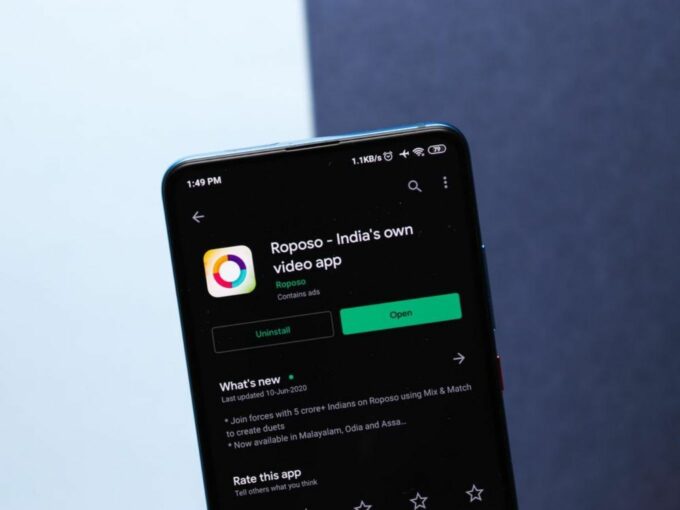 T-Series has sought a permanent injunction to stop Roposo from using their copyrighted works. The music label has alleged that Roposo is “blatantly, extensively and wilfully” infringing on T-Series’ copyrighted works through the provision of a specially curated ‘Music Library’ and extracting songs from user devices and using such songs for commercial gain.

The music label also alleged that Roposo is removing the rights management information pertaining to its copyrighted songs in the ‘Music Library’ and knowingly distributing, broadcasting and communicating to the public infringing copies. The lawsuit was accessed by Economic Times.

“The app is infringing content under the user-generated content… They are offering our music in their library and enticing users to upload our content in exchange for cash rewards. Their venture capitalists have not done due diligence, they are hand in glove,” said T-Series president Neeraj Kalyan.

Last year, T-Series had filed a copyright infringement case against social media platform ShareChat on similar grounds. However, the music label signed a licencing deal ShareChat and its short video sharing app Moj only two days ago. Now, the users can use T-Series music collection on these platforms legally.

In a subsequent statement, ShareChat said that the collaboration will help 180 Mn active users on ShareChat and Moj to explore hundreds and thousands of songs from T-Series music library and add it to their own videos. Prior to this, T-Series had signed a licensing deal with social media platform Facebook and Instagram as well.

Roposo was founded in 2014 by Mayank Bhangadia, Avinash Saxena, and Kaushal Shubhank. It started out as a fashion discovery platform that employed a proprietary recommendation engine to match shoppers with each other. However, in August 2017, the company changed its business model to a short-video application as it expanded its portfolio choices. Roposo rebooted as ‘TV By The People’ and continued to grow marginally. The company has raised $38 Mn in funding till date.

After the Chinese apps ban late in June 2020, Roposo clocked 71 Mn downloads on Google Play Store. It also ranked as the Top 30 apps based on app analytics firm Sensor Tower estimates, which highlighted the biggest gainers in India since the ban on TikTok. The report noted that Roposo managed to clock a 142% jump in downloads from 5.5 Mn to 13.2 Mn within a week.