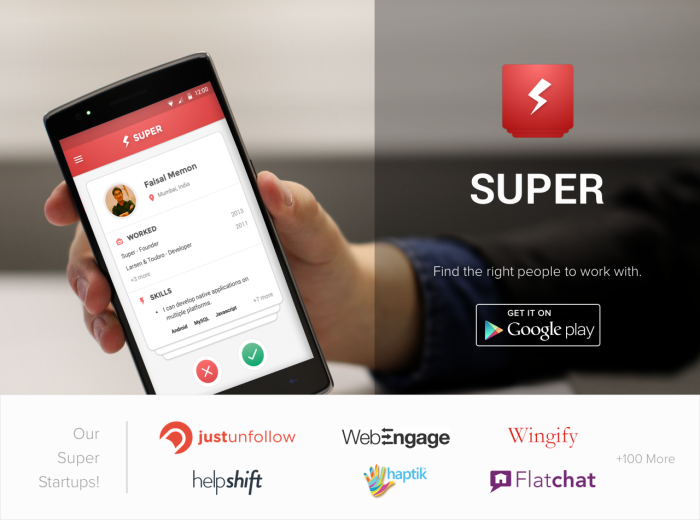 With the increasing penetration of technology, there has been an expansion of platforms and the mobile platform is getting the attention it needs. Yet, efficient and optimized mobile apps are missing. For companies which do not have significant technical experience and expertise, Crunchcommerce was launched to help in providing easy solutions without the need to invest in technology and infrastructure. Crunch is engineered in such a way so as to tackle this issue and work flawlessly for better results.

“Crunch has been reimagining shopping on mobile and the two teams have been ideating over the past few months. We saw great synergies in the team, the technology and our passion for reimagining jobs on mobile,” said Faisal.

The founding team led by Dayson Pais launched Crunch in August 2014 and has been together for the last 5 years. They previously built a B2C product called Textme, post which the team was a leading ecommerce consultancy agency in the business, popular by the name, Webly. Dayson has spent the past decade in incubating services and products in the digital and ecommerce space.

Dayson will be joining in as Co-Founder, with the entire team. This makes Super a team of 20+ geared towards cracking jobs on mobile.

Super was first launched as a mobile resume builder in 2013 and witnessed traction of over 2.5 Lac downloads from all around the globe. It has half a million registered job seekers, rated over 8500 times with 100K screen views everyday. Startups like JustUnfollow, Webengage, Wingify, Helpshift, Flatchat, Zepo, Haptik, Grabhouse have been using its platform.

Further, Faisal also said the startup is now on the way to raising a Series A round.