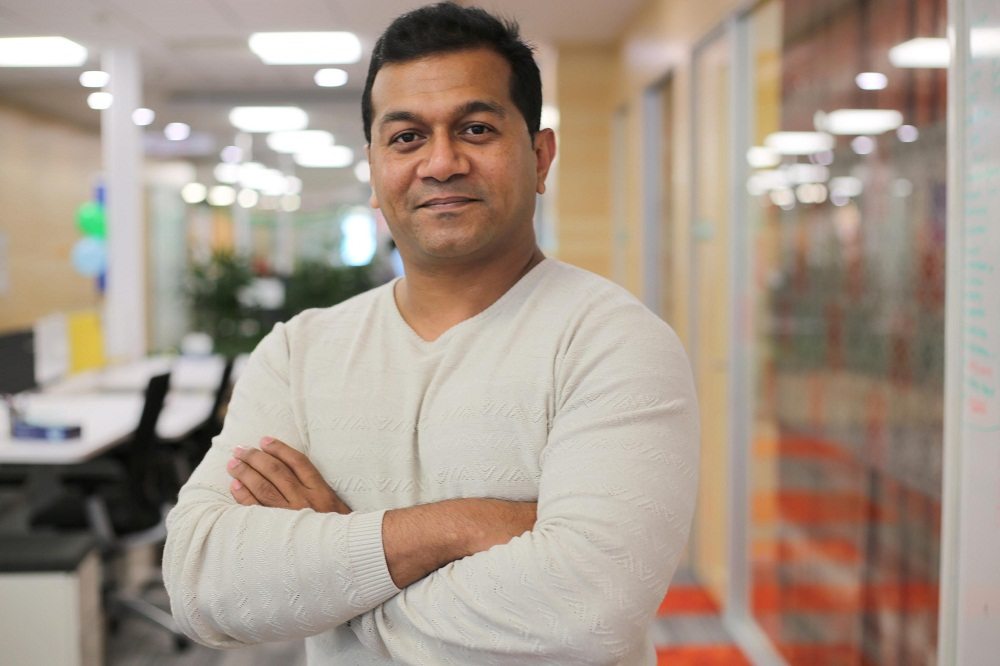 For Sunil Rao, a Googler who has now joined early-stage venture capital firm Lightspeed Venture Partners as Partner of business services and community, the move is a natural one (currently, Sunil is in a transition phase from Google and will be formally joining Lightspeed in September). Since the last ten years, Sunil has been working with startups. His role at Google, where he spent the last five years, majorly consisted on driving its mentoring programme – Google Launchpad, playing a key role in its accelerator programme and the more recent Sandhill programs for later stage startups. So as Sunil aptly says, “This (Lightspeed job) was just the right opportunity to connect the dots.”

But as partner for a brand new function at Lightspeed, Sunil would be doing much more than just connecting the dots. He will be using his expertise to proactively help Lightspeed’s portfolio companies to scale, expose them to the right kind of technology, help them make the right connect across the border and in growth hacking, fine-tune their product strategy, help them hire top notch talent and basically just be there for them for any and every way possible.

My role would to be a connector in terms of whatever help a startup or a portfolio company is looking for.

For Sunil, who has worked with many fascinating product companies from Talisma, Symbian, Nokia to Google, the opportunity will allow him to share his immense product knowledge with technology companies that could build potentially great products in the future.

Starting From Services To Ending With Products 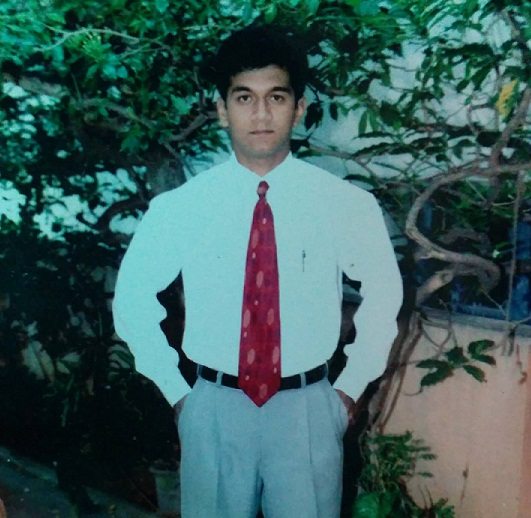 Sunil’s early career years were spent in a services company BFL Software, where he was engaged in pre-sales in South-East Asia. HCL Perot Systems followed later. However, it was with Talisma Corporation where his tryst with a product company started. The role also led his move to the US for three years. In 2006, he relocated back to India and joined Wipro for five-six months. But he realised he could not work with a services company any more. He says, “Having worked with product companies once, I found it more accomplishing to be working with a product company.”

Having worked with product companies once, I found it more challenging than working in a services company.

He also noted that while in services company, working 15-18 hours a day was pretty much the norm, but in a product company, he could work for 6-8 hours and yet contribute 10X. Hence working with a product company also helped him understand the importance of a work life balance and that of a cool-off period to rejuvenate one’s brain and come back to the table with fresh ideas.

At that time, Symbian had a mighty 78% of world’s smartphone market share. There was no Apple or Android. All phones – from Nokia to Motorola were using Symbian as an operating system. Sunil’s job consisted of working with OEMs and Silicon vendors and managing relationships. That’s what gave him a huge exposure to the ecosystem as he was involved in working with top developers in the ecosystem. Sunil continued working with Symbian even after its acquisition by Nokia in 2009. In 2011 when Stephen Elop, the CEO of Nokia made his decision to move to Windows phone OS exclusively, that was the time when Sunil Rao was offered a job at Google to head the Outreach programs for Emerging markets. Google was eying for Top talent from product companies and Sunil was one of their first senior hires from Nokia. 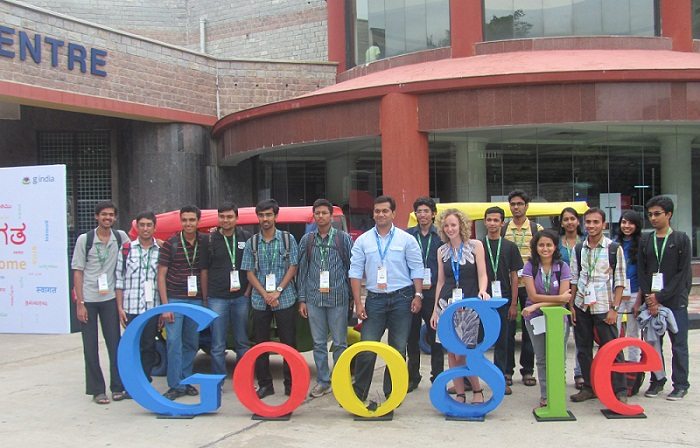 Rao spent five years in Google, spanning three different roles. He led the outreach program for emerging markets, then headed the developer ecosystem, and was later involved with the Sandhill programs for mature startups. He played a key role in its accelerator program, which has launched two batches in the last eight months. Additionally, he became a popular speaker at most of the developer conferences and he spoke at more than 100 conferences addressing to students, startups, and developers as a Googler. 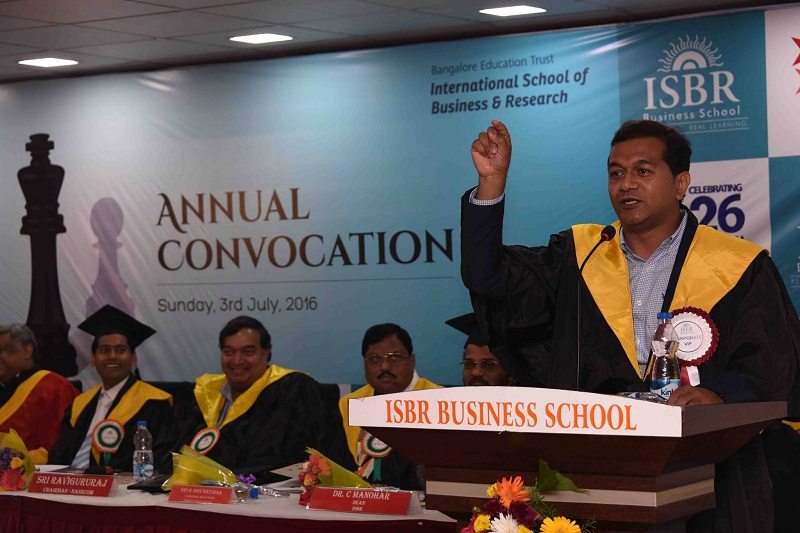 Staying Agile And The Roadmap To A Good Product Company

When Sunil was at Symbian, it was a product at the top of its game. Now, however, it is a case study for how one can end up as a failure if one is not fast and agile to what market is demanding. Adds Sunil, “Symbian was a market leader, people used to feel proud that they could code in Symbian. It was tough to code in and not for all common developers. However, it was not able to keep up with the change in the ecosystem.” There were upcoming OS like Android which was easier to code and even a coder at an entry to mid level could code and started becoming hugely popular.

“A similar thing happened with Nokia. They lost the market at a very crucial time to Micromax back in 2009-2010 when dual sim became a rage. Nokia was lethargic to understand, and losing a 25% market share in India was a wake up call for them. For a product company out there, the biggest learning from these two companies is that you should pay real attention to develop products which the consumer needs as opposed to what you are after at. It has to be as local as possible. Moreover, recognizing trends early is also very important,” Rao explains.

It is one of the most well-run company from an employee standpoint of view.

As far as Google is concerned, for Sunil, it has been one of the best product companies to work with. He adds, “It is one of the most well-run company from an employee standpoint of view. The highlight of my career in Google is that I could do three different roles in five years which ideally would have been in three different companies. At Google, you have a transparent dialogue with management to know what you are really good at, which not many companies do. In most organisations, you keep on doing the same work for 8-10 years and lethargy sets in. The major fun element of working with Google is that you get the get the opportunity to do what you really like. I don’t think I would have got this opportunity to do three different roles somewhere else.” Sunil’s experience should probably be the benchmark for startup founders who want to build a great startup culture from scratch and aim to retain top notch talent.

His advice to those looking to build a great product is to spend a considerable time to do a market research and see if there is a real need for that kind of product in the first place. Adds Sunil,

It’s not about you feeling the need alone. You should have done sufficient analysis on entry barriers – if it’s a me too product or is it different from existing products. If the entry barrier is very low, then it becomes difficult to sustain leadership position. You should aim to create a product with a great technology which will serve as a high entry barrier or it could something core to your belief which someone can’t blindly replicate. What is also needed is having a having a long term vision of the company and committing oneself to entrepreneurship wholeheartedly for the first five years. You have to be giving 100% to what you want to do as a product leader.

“I am pleased to see Indian entrepreneurs and ecosystem mature over the last couple of years. We are seeing maturity in product management and founders valuing importance of UI and UX and investing in it early on,” Rao adds.

Lightspeed And The Road Beyond

Having worked with VCs in the last four years, Sunil’s role at Lightspeed is pretty much akin to his role in Google. With a full time opportunity to move to the VC side of things and a clear mandate, Sunil found the opportunity interesting from the word go. He says, “Our aim is to expose these portfolio companies to the global best practices and new technologies at a very early stage. We want to make these 30-40 portfolio companies understand how to work smarter without burning too much cash and also hit their benchmark numbers. Additionally, it will also involve a lot of engagement with the community. The idea is to eventually position Lightspeed as thought leaders in this area and as one of the most founder friendly companies.” 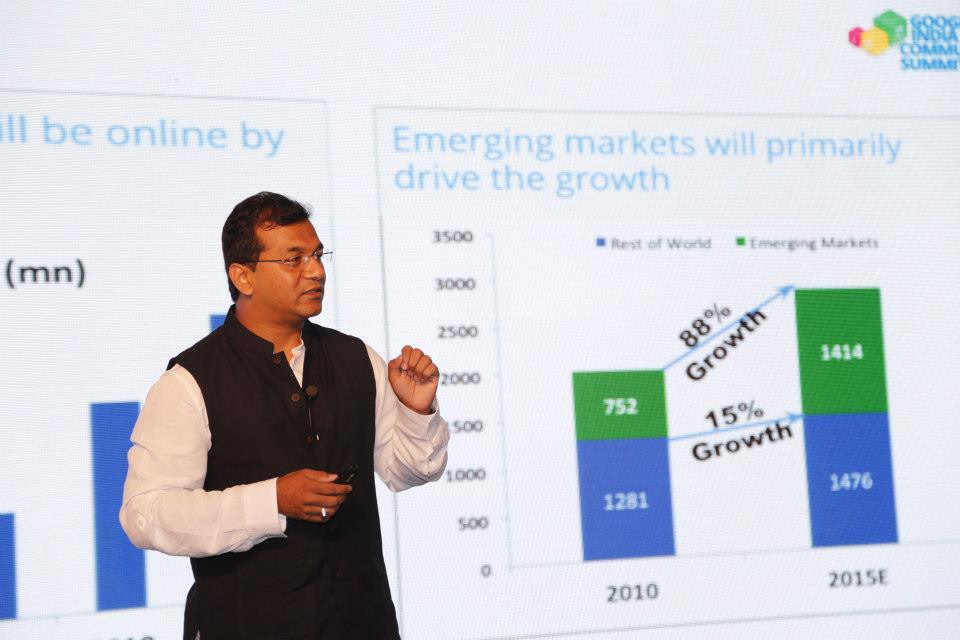 Given the fall in funding at late stage and the overall funds challenge in the industry, Lightspeed’s motives seem well on track. Explains Sunil,

Existing investors want the companies to hit the minimum benchmark agreed upon and the run rate agreed upon. They also get all the help from investors to reach that goal.  However unless they reach that goal, it doesn’t make sense to keep on blindly pumping money in terms of advertisements. For investors, the quality of downloads, retention numbers, monthly active users are all factors that count. Hence what we are seeing as fall in funds is more like a correction, which will bring about more discipline in the ecosystem.

And hence, despite the talk of tough funding climate, Lightspeed as per Sunil, will keep its eyes and ears open for any technology companies which look promising enough. Those eyes and ears are a $135 Mn maiden India-specific fund raised by the Silicon-Valley-based venture capital firm, which generally invests $1 to $25 Mn in growth or early-stage startups.

Dev Khare, Managing Director of Lightspeed India Advisors Partners LLP (LSIP), added that Sunil’s appointment is a part of the firm’s efforts to expand its team in India as it gears up to leverage the ever expanding opportunity in India. Sunil’s appointment was preceded by the appointment of Harsha Kumar, who was earlier AVP, Product at Ola. She was instrumental in scaling Ola’s daily cab bookings from 3,000 to 1 Mn in a short span of 8 months. The firm which consistently invests every year in six to seven Indian startups is looking forward to invest in the consumer sector, education, health, B2B marketplaces and B2B software this year.

With Sunil on board, a new office in Bangalore and an expanding team, one can safely say that Lightspeed is more than ready to listen!