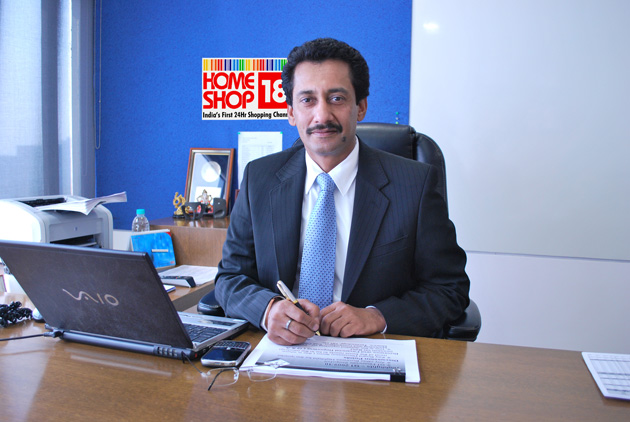 Noida-based television home shopping network and online marketplace, Homeshop18’s CEO Sundeep Malhotra has resigned from his post to pursue other entrepreneurial ventures. However, he would still be part of the company for three more months as part of the succession plan. Prior to Homeshop18, he was the Executive Vice President, Sales for PepsiCo India.

Sanjeev Agrawal has replaced Sundeep as new CEO of Homeshop18, effective 4th May, 2015. He comes with over 26 years of experience across FMCG, fashion & retail sector and will be based in Noida.

Agrawal is an alumnus of the IIT, BHU (1982-86) and IIM, Lucknow (1987-89). He has held senior leadership positions at Future Value retail and Pantaloon Retail besides his FMCG stints at Balsara, Revlon, P&G, Godrej and HLL. In his last assignment Sanjeev was Managing Director at Skechers South Asia Private Limited.

Speaking on this move, A P Parigi, Group CEO, Network18 said, “On behalf of the Board of the Homeshop18 and our valued partners SAIF, GS Home Shopping and OCP Asia – I wish to place on record the outstanding contributions made by Sundeep in establishing Homeshop18 as one of the India’s premium brands. I am delighted to welcome Sanjeev Agrawal to the Network18 Group. I wish him every success in his new role.”

Its revenues are derived from the commission it gets from the sale of products by its vendors through its platforms. It still generates bulk of its revenues from television shopping business. Now, Reliance Industries Limited (RIL) of Mukesh Ambani owns Homeshop18 through the acquisition of Network18 which happened last year.