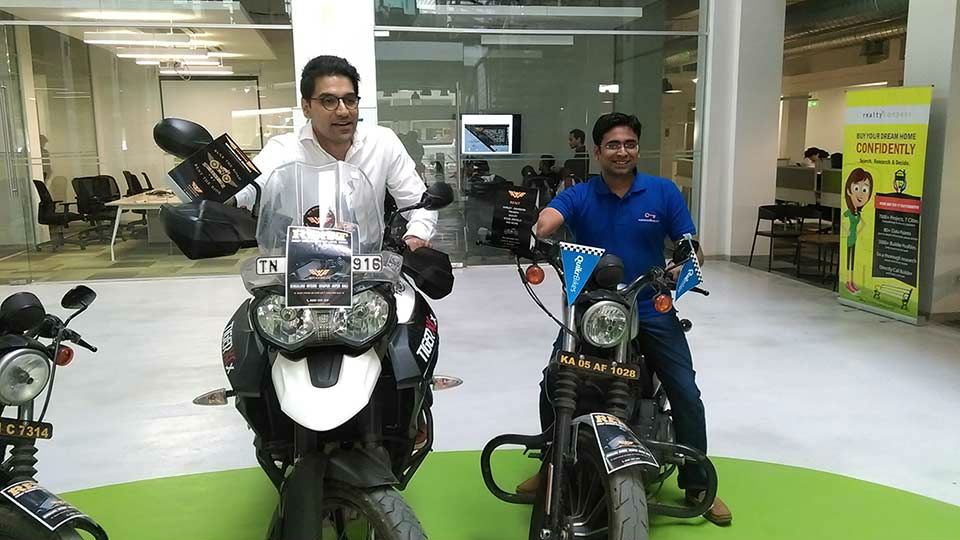 After making headlines for months, Quikr, today, finally acquired Commonfloor to merge it with its real estate vertical QuikrHomes. This is Quikr’s fourth and the biggest strategic move in the real estate category since the launch of QuikrHomes about four months ago.

The merger, which is expected to be completed over the next two to three months, will give CommonFloor.com access to Quikr’s 30 Mn consumers and harness the potential of the cross category nature of the platform, while QuikrHomes will benefit from CommonFloor’s structured data and domain expertise.

Given that the two companies have the same technology stack, the CommonFloor.com team will have expanded scope across Quikr’s four other verticals in order to further accelerate its growth.

In an email with a subject – “This new year, we’ve got Bigger & Quicker” forwarded to all his employees, Sumit, Jain, Founder, Commonfloor – highlighted and clarified what will be the immediate impact of the merger and how will the two entities will operate.

Here is the snapshot of the mail: 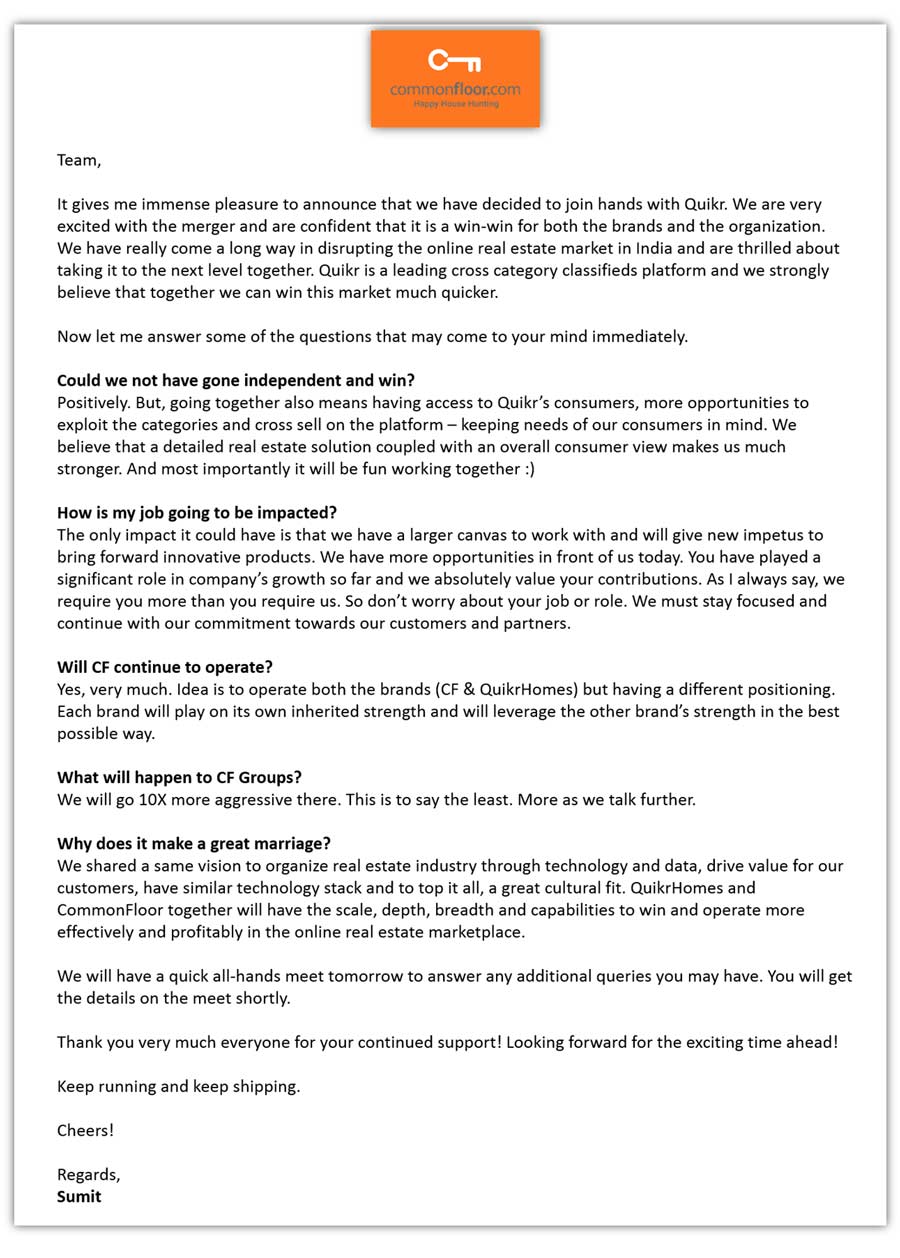 Commonfloor was launched in 2007 by Sumit Jain, Lalit Mangal and Vikas Malpani; and counts Accel Partners, Tiger Global and Google Capital as investors.