The World Bank says India’s economic growth to range between 1.5% and 4% in FY21 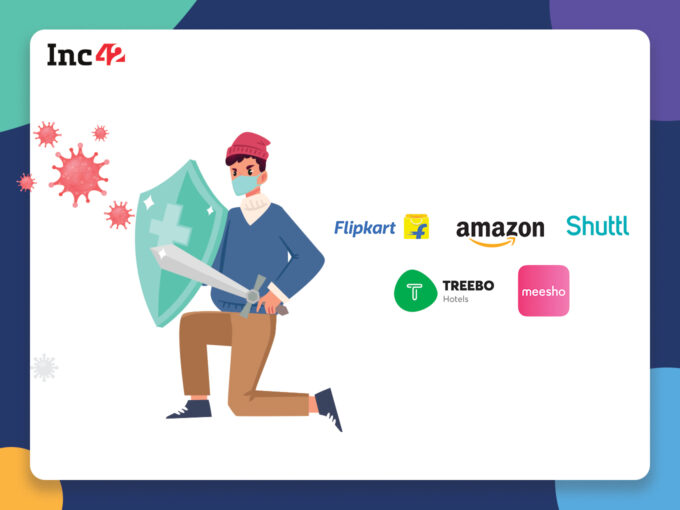 Two days ahead of the end of the 21-day lockdown, the focus has now shifted on surviving any extension in the quarantine-like situation all over the country. The numbers of confirmed positive coronavirus cases have crossed the 9K mark in India and states are busy putting extensive measures in place to try to flatten this growth curve.

Prime Minister Narendra Modi in a meeting with several chief ministers discusses the extension which may have a few leeways for businesses to gain some of the lost ground. But the overall economic situation is still dire.

The World Bank has said that India’s economic growth is likely to range between 1.5% and 4% in FY21 depending on the severity of the spread of Covid-19 and the duration of the ongoing nationwide lockdown.

Ecommerce Hangs In The Balance

Further, the impact of this crisis had already hurt industries in March and is expected to continue to disrupt April 2020 as well. For instance, ecommerce companies including leaders Amazon and Flipkart are expected to take a major hit if sales of non-essential items continue to be restricted and the lockdown is prolonged.

Smartphones, electronics, furniture, large appliances, among others, have been categorised as non-essential items in the current situation, but contribute more than 90% of sales at these etailers, according to Forrester Research.

If the online channel is opened up gradually, ecommerce firms will have to closely work with manufacturers, importers, the labour ministry, and ecosystem players to ensure that orders are fulfilled. At the same time, they will also have to fix supply chain gaps by forging partnerships with neighbourhood stores, offline retailers and last-mile businesses.

Further, in the tech ecosystem, we have already seen the cost-cutting measures impacting the jobs. The data collated by Layoffs.fyi shows that over 220 startups across the world have laid off around 19,550 employees since March 11. Further, there are 77 more businesses which haven’t been verified for layoffs.

In India, we have multiple such trackers going on— Big.Jobs, Skillr, Springworks— and collective data shows that over 60 startups have laid-off employees.

As a result, several startup employees have been rendered jobless, while others have been asked to go on temporary leave or furloughs as businesses try to make up for the revenue shortfall. Everyone is doing what they can to overcome the crisis — businesses have extended insurance benefits for employees, founders and CEOs are foregoing salaries and the employees are working harder than ever in the fears of job loss.

As the governments across the world try to control the spread and trace the cases, several experts have now raised privacy concerns. As of now, many companies are offering these surveillance services and one of them is Israel’s NSO Group, the maker of infamous WhatsApp Pegasus spyware.

According to a report by Motherboard, citing sources, NSO Group is proactively selling its surveillance tool — Fleming — to government agencies for tracking citizens and know who they came in contact with, thereby curbing the spread of coronavirus. While the software might look innocuous, several experts have now raised privacy concerns. NSO doesn’t collect data for itself but provides the software to governments which in turn use these tools to get location data from telecom companies.

In countries like Italy, Germany, Austria, Spain, France, Belgium and the UK, telecom companies are already sharing the location of their customers with the governments to help them better track the virus. Using Fleming, governments can get data on an intuitive user interface that lets official track where people go, who they meet, and for how long. The data is displayed as a heat map which has advanced filters to know what is happening on the ground.