Gurugram-based Detel has forayed in the personal protective equipment space

OYO has taken a series of measures to support hotel partners 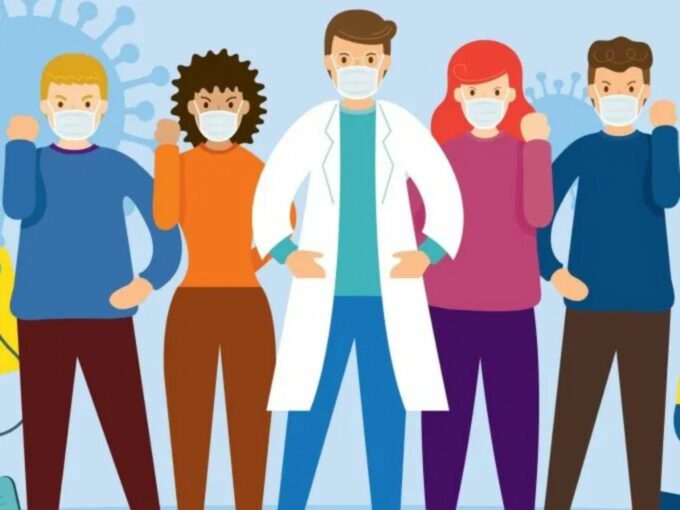 On April 20, the 27th day of the Covid-19 lockdown, ecommerce was expected to return to normal. But an order by the ministry of home affairs (MHA), dated April 19, rolled back its previous notification, thereby extending the restrictions on ecommerce until further notice.

In response to the notice, the Internet and Mobile Association of India (IAMAI), on behalf of ecommerce platforms, has requested the government to open up ecommerce services.

IAMAI said that ecommerce promotes small and medium enterprises which sells apparel, footwear and accessories, small electronic items, and household goods including utensils, among others. “Resumption of one part of their business will help them with liquidity and will lead to the larger restoration of demand,” IAMAI said.

Meanwhile, to support retailers, B2B startup Arzooo.com has launched ‘Retail-from-Home’ solution for brick-and-mortar retail stores. The newly launched platform enables a retailer to reach customers and sell consumer durables, even as their stores are temporarily closed due to the lockdown. Arzooo will home deliver all new orders to the buyers on behalf of the retail store.

Meanwhile, social media giant Facebook, on Monday (April 20), has launched its Fundraisers programme in India to empower non-profit organisations for their welfare missions running across the country. Using the Fundraisers platform, people can collectively donate their contribution to around 70 non-profits, or government-run funds.

Also, San Francisco and Bengaluru-based edtech startup Playshifu has announced that its Orboot app is now free for any user without purchasing the physical toy to support learning via gamification at home.

While ecommerce players are unable to help their partners, hospitality unicorn OYO has taken a series of measures to support hotel partners in different regions of the country.

The startup claimed that it has waived off multiple charges which are paid by partner hotels from March onwards. A benefit of around INR 24 Cr has been offered to over 3000 OYO partners, OYO said. Partners, who have been most affected by Covid-19, have been given steep take rate discounts up to almost 100% waivers to support them throughout this tough time.

A retention linked discount has also been launched for a few hotel partners. It ranges from 50% on base fees for April and May. For beyond April, OYO might offer an extended discount until June.

In a bid to support the healthcare system of the country, numerous startups have contributed their share. Continuing the welfare work, the Cloudnine Group has partnered with hyperlocal delivery startup Dunzo for delivering medicines. These medicines can be ordered 24×7 from Dunzo in cities like Gurgaon, Pune, Chennai, and Bengaluru.

Also, Gurugram-based Detel has forayed in the personal protective equipment space with its newly launched brand DetelPro. The startup will be providing quality gloves, mask, shoe covers and protective gowns at affordable prices.

Additionally, healthcare crowdfunding platform ImpactGuru.com has received a grant of INR 40 Lakh in the form of matching funds from the Action Covid-19 Team (ACT). The funds will help the startup to scale fundraising for personal protective equipment (PPE). ImpactGuru will add up to 20% in matching donations via the ACT grant on every single donation for selected public and private hospitals on its platform.

Meanwhile, Gurugram-based Urban Company, previously known as Urban Clap, has launched disinfection services for homes and commercial spaces. With the new service, the company is aiming to protect its customers from microbial infections, including coronavirus.

The company is currently offering disinfection services in Delhi, Mumbai, Bengaluru, Hyderabad, Chennai and Pune. By the end of April, it plans to offer these services to other cities by the end of April. The service partners will be wearing a full-body protective suit to ensure the safety of customers as well as their own.

Moreover, cab aggregator Ola has rolled out Ola Emergency service in Mumbai as well, marking the service availability across 15 major Indian cities. The Ola Emergency service facilitates emergency trips to hospitals for medical reasons other than Covid. These include scheduled check-ups, dialysis, chemotherapy and for immediate medical needs such as injuries.