Social ecommerce companies like Meesho and Shop101 have laid-off employees

Shop101, Shopmatic and Meesho are now offering grocery delivery on their platforms 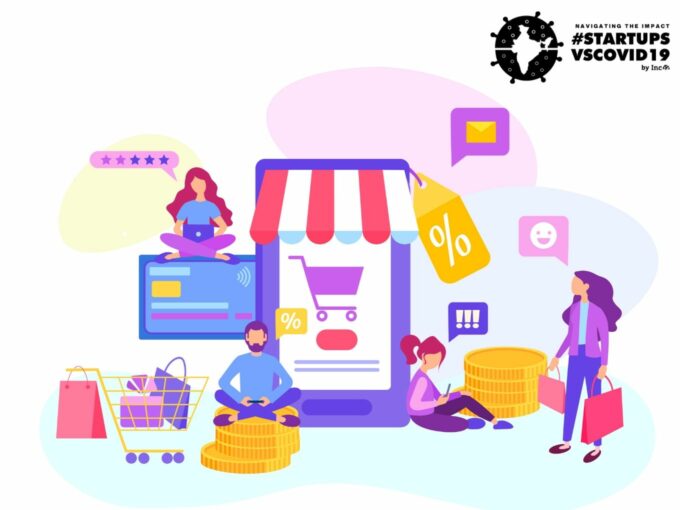 When Sachin Bansal and Binny Bansal worked on Flipkart, they were questioned about simply aping Amazon’s business model. But after Flipkart’s success, there were several new ecommerce marketplaces but that were considered to be “me too” startups, without anything new in the model or any innovation to set itself apart.

Of course, many of these companies have now exited the game and ecommerce itself has morphed from marketplaces to vertical ecommerce for electronics, fashion-brands, cosmetics, lingerie, menswear and more. Then there is B2B ecommerce, which is solving procurement for SMBs and service professionals. The latest offshoot of ecommerce has been social ecommerce.

The investor-favourite category combines India’s love for WhatsApp and Facebook with online shopping, but with a personal touch. This has become the new hot topic of interest and it saw major investments and several new entrants. However, just like every other ecommerce segment, social commerce has been sidelined in the ongoing pandemic. The social commerce model of leveraging nano-influencers within niche social circles itself is not fit for the delivery of essentials. After all, no one will want to become an independent grocery seller when they themselves are facing a shortage at home.

But just like several other startups leveraging the hot sector of grocery, the social ecommerce startups such as Meesho, Shop101, Mall91, Shopmatic, DealShare etc have also ventured into this space to gain customer interest and keep some revenue coming in.

However, in stark contrast to the workforce additions in BigBasket, Grofers and others, social ecommerce players have been under scrutiny after several of the top players have had to let go of employees and announce company-wide pay cuts.

As reported by Inc42, social commerce platform BulBul laid off 100 employees from its staff of 300. The source said that layoffs have been done in inventory management and complaints management teams among others as deliveries are on hold currently. Further, the company has also put in place a 10% salary cut for the other employees, while founders have taken 100% pay cut and a one-third pay cut for senior management. BulBul CEO Sachin Bhatia confirmed pay cuts but denied laying off employees.

Similarly, Meesho has laid off around 200 employees. About 40% of the company’s key account managers, all business relationship managers and about 30-40% of the business development team have been laid off.

Another social commerce startup Shop101 has asked nearly 40% of its total employees to resign while others have been asked to take pay cuts. The company had informed its employees on April 3 via a group call.

A source within Shop101 said that out of total 400-500 employees, nearly 200 employees in various teams have been asked to leave. The company also terminated nearly 100 contractual employees, who were involved in call centre operations.

As for Glowroad, the company said that user activity levels are down by 50%-60% and orders have fallen down to mere 5K a day from average 50K orders daily. But it will not process these orders for delivery till after the lockdown ends.

These steps are not surprising given that revenue has stalled, but even in the operations that are running, social commerce companies are facing issues with logistics, which hamper the delivery processes. Considering that logistics has always been an operational challenge for social commerce, this is not a new problem. In fact, even mega marketplaces like Amazon and Flipkart have sought help for hyperlocal deliveries. So supply chain constraints have become a bottleneck for the social commerce pivot to groceries.

Glowroad cofounder Kunal Sinha said that even when they were ready to explore partnerships with Ninjacart, like others (Meesho), the company heard that there are challenges in deliveries and so it didn’t take up the partnership route.

As for Shopmatic, chief marketing officer Shenaz Bapooji said that in India, the company has seen an uptick in daily numbers amid pandemic. It claimed that several new businesses are signing up while existing ones are seeing continued demand for orders. On the supply chain constraints, Shopmatic said that customers appear ready for delay considering the lockdown and these orders will be fulfilled when the lockdown is lifted.

The company added that its business model allows retailers to either choose the existing shipping partners or manage this on their own. Further, Bapooji said that currently, the essentials category is driving the orders numbers.

Talking about Mall91’s growth, cofounder and CEO Nitin Raj Gupta said that the company has been adding 50K new users every day. However, these are mostly from the social content being shared on the app as the company has stopped taking new orders from March 25.

Gupta explained that since sales aren’t happening, social engagement has come to the fore. He claimed that the platform is built on high engagement and virality and the company has, therefore, built use cases around social content and gaming etc.

“If users were not using commerce, they started using all this in a better way,” he added.

Similarly, Shop101 could also be seen promoting grocery products on its app with reseller deliveries varying from 2-4 days. Delivery services from various brands have been playing an important role in either keeping the businesses running or enabling them to function better.

We also noticed various categories of essentials on Mall91 and DealShare platforms, and the trend for delivery timelines was similar in the range of 2-4 days. Mall91’s Gupta said that the company tried experimenting with grocery in the initial days, but has since stopped this considering the challenges.

For new entrants, ensuring supply is expected to be a bigger challenge. Especially since the mom and pop stores have been traditionally more inclined to choosing walk-in customers.

But for players like Meesho, Shopmatic and Shop101, the bigger question is why will users come to reseller networks to order groceries and not choose dedicated platforms such as BigBasket, Grofers or even get deliveries through Dunzo and Swiggy Genie from nearby kirana stores? It’s not something that any social commerce platform had an answer for.

Besides grocery, the other sector on the rise is gaming and digital media. Some social commerce platforms have already added games such as Bubble Wrap and Ludo or quizzes to keep engagement high. This begs the question of whether social commerce companies are simply doing what’s working.

Gupta emphasised that the players are doing what they can but this is a temporary shift. He explained that if social commerce companies don’t keep users engaged throughout the lockdown, it will become hard for them to get the same users back to the platform.

Will Social Commerce Survive The Pandemic?

As a model, social commerce focusses solely on middle-income and lower-income segments from non-metropolitan cities in India to sell non-branded apparel, groceries and local handicrafts.

Startups emphasise consumers get better deals and can even earn money by facilitating purchases from friends and family. Driven by Facebook posts and WhatsApp messages, social commerce companies rely on the oldest form of advertising: word of mouth. Simply put, a person is more likely to buy something if it is recommended by somebody they know and trust.

But with the focus on Tier 2/3/4 markets, social commerce platforms are fighting the dominance of big ecommerce marketplaces, whose focus has now shifted towards these regions. Further, even if the social commerce companies are able to drive user attention, the delivery time, online payments and user retention will be the next set of challenges.

K Vaitheeswaran, founder of India’s first ecommerce company Indiaplaza and known as the father of Indian ecommerce, said social commerce never took off as much as everyone thought because customers’ moods vary. “Shopping requires you to spend money to buy something, while social is about consumption of free content, combining these two isn’t easy thing to do and is a hard transition,” Vaitheeswaran added,

He noted that with the world-changing post-covid, consumer behaviour will also change, hence what happens in social commerce will also be seen in the next 12-18 months.

Mall91’s Gupta believes that the pandemic is the right time for a cleanse and says that the companies in the social ecommerce market that are still spending INR 600-INR 700 on user acquisition will face difficulty in survival. He emphasized that the basic point of social commerce is to spend less to acquire users, failing which there is an issue in the business model.

At the other end of the spectrum, companies that will propel this sector forward with strong fundamentals will survive and grow the segment. He also said that the companies will be built with a focus on clusters or verticals in social ecommerce in the near future.