Paytm registered 1.5X increase in sales as compared to March 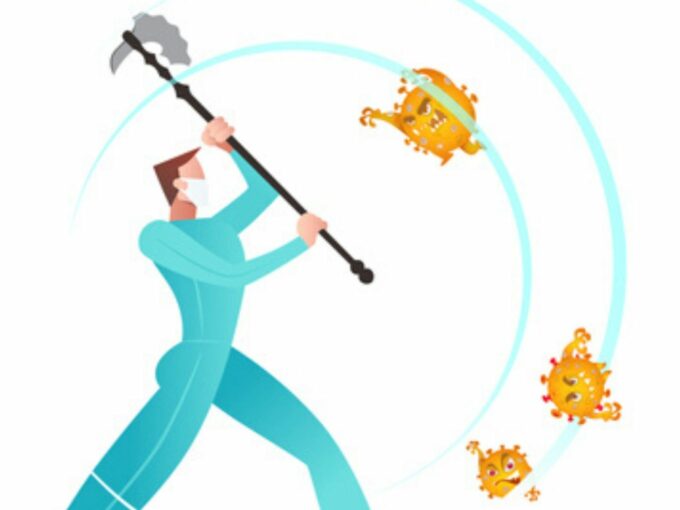 With restrictions easing in green and orange zones in India, online orders of non-essential products have started to spike. While ecommerce companies are facing difficulties in fulfilling these orders as most of their warehouses and big sellers are located in cities in the red zone currently, many companies have started the delivery of non-essentials through their partners in Tier 2 cities and beyond.

A Snapdeal spokesperson told ET that the orders have reached 50% of pre-lockdown volumes within the last five days. Most of the orders on Snapdeal are coming from Panipat, Ambala, Udaipur, Valsad, Goa, Coimbatore, Visakhapatnam, Pondicherry, Cuttack, Guwahati, among other cities.

On the other hand, Amazon India is seeing more orders for smart devices, electronics, kitchen appliances, clothes, toys and games, now that consumers are finally able to buy them again. At the same time, Paytm Mall is witnessing a demand for non-essentials steadily picking up in all the orange and green zones. Paytm Mall senior VP Srinivas Mothey said there has been a 1.5X increase in sales as compared to March while search related to mobiles, masks, trimmers, laptops as well as other consumer electronics have increased on the platform.

Meanwhile, industry body NASSCOM, on Sunday (May 10), announced that it has provided the Telangana government with a Covid-19 platform that has more than has 100 dashboards across 30 plus government and public datasets.

Internet service provider ACT Fibernet’s latest report noted that India saw a 55% hike in overall streaming traffic during the lockdown. Interestingly, unlike pre-Covid times, there is no significant difference in traffic during the weekdays and weekends. On the contrary, the platforms are noting a much greater hike on weekdays, which was not the case earlier

The report highlights that there is a 73% hike on weekdays and a 65% increase during the weekend. The data highlighted in the report is measured from February to April 2020 across 19 cities. ACT added that all over India, it has noted a 40% hike in internet peak traffic, 66% surge in downloads per user per month, and a 37% increase in average uploads per user per month.

Meanwhile, fact-checking platform Boom said that it conducted 178 fact checks, in India, on misinformation and fake news around the Covid-19 since the outbreak of the pandemic. Of these, 68 posts were shared on Facebook, followed by 28 on Whatsapp and 26 on Twitter. The analysis shows that the bulk of the Covid-19-related fact checks were on communal rumours, which majorly included false allegations against Muslims for spreading coronavirus.

The report reveals that there was a spike in such rumours in April, after members of the Islamic group, Tablighi Jamaat, tested positive after a congregation in Delhi in March. It also highlighted that almost 35% false and misleading claims were circulated through videos, followed by text messages and images which constituted 29.4%. Boom added that 2.2% of the misinformation was spread through audio clips.

Besides fake news, privacy concerns related to Aarogya Setu also got traction. In an email to the IT committee’s head Shashi Tharoor, IIF said that it had asked officials to discuss the matter of open sourcing Aarogya Setu with the panel. IIF has also urged that the government should also include health professionals, academicians from IITs and other digital rights and public policy experts to present their inputs.

No Relief For MSMEs

In a setback for micro, small and medium enterprises (MSMEs), the Supreme Court has turned down the plea of 11 Haryana-based MSMEs to provide interim protection against the order which required them to pay full salaries to its employees. The petition, filed by the MSMEs, challenged the advisory issued by the Union ministry of labour and employment on March 20 and the order issued by the ministry of home affairs (MHA) on March 20.

The MHA order has specified that the “employers, be it in the industry or in the shops and commercial establishments,” will have to pay the wages of their workers without any delay and deductions for the period the establishments are under closure during the lockdown.