#StartupsVsCovid19: Govt Opens Up Ecommerce In Red Zones For “Lockdown 4.0” On Day 54

#StartupsVsCovid19: Govt Opens Up Ecommerce In Red Zones For “Lockdown 4.0” On Day 54 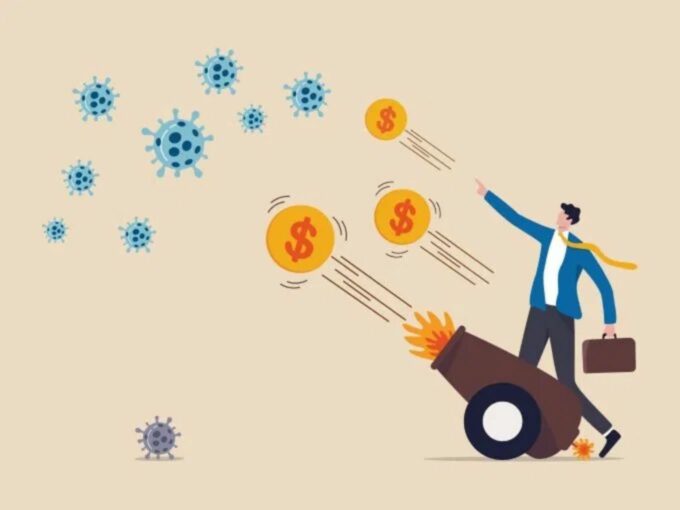 On day 54, the government extended the lockdown for two more weeks. Instead of May 17, the lockdown is now expected to end on May 31 for many cities and towns. But the fourth phase of the lockdown or ‘Lockdown 4.0’ has brought more relief for ecommerce companies, who had been awaiting the all-clear to resume full operations across the country.

According to the guidelines issued by the ministry of home affairs, ecommerce companies can now deliver non-essential items in red zones as well, but not in containment zones or buffer areas. In the third phase of the lockdown till May 17, the government had limited the delivery of non-essential items to orange and green zones while only the delivery of essentials was allowed in the red zones.

Paytm Mall’s senior vice president Srinivas Mothey said that the decision will help the company to deliver non-essentials in most of the metro cities which are currently in the red zones. “We have received a sizeable number of consumer electronics wishlist orders from metro cities where people have been waiting to buy laptops, mobile phones, as well as other daily use items for the last several weeks now,” he added.

Meanwhile, a Snapdeal spokesperson said that the company is now ready and equipped to start serving customers all across India. “This will also help lakhs of small and medium businesses to start rebuilding their businesses as they serve the needs of users in cities and towns across India.”

Besides easing the norms for ecommerce, the government has also tweaked its rule around mandatory installation of the Aarogya Setu application. “With a view to ensuring safety in offices and workplaces, employers on best effort basis should ensure that Aarogya Setu is installed by all employees having compatible mobile phones,” the guidelines read.

For instance, Robert Baptiste, who goes by the name Elliot Alderson on Twitter, had pointed out two security flaws in Aarogya Setu. In response to the current orders, Alderson said, “This is a win for everyone.”

The “mandatory” has been modified to “may advise”. This is a win for everyone #AarogyaSetu https://t.co/ABtgXsarHT

Abhishek Singh, CEO of MyGov and the national e-governance division (NeGD), said that making the application mandatory was pushing the people away from using it. “We want users to feel that they need to download it, and making it mandatory to download was having the opposite effect.”

He also noted that the application had some flaws as well. In some cases users kept screenshots of the results of the self-assessment saying they are safe and using it repeatedly. “Many users also deleted the app after downloading it,” Singh was quoted as by the Hindustan Times.

The government, on May 17, took a slew of measures to digitise education in the country. To start with, the government allowed top 100 universities in India to start online courses from May 30 under ‘PM eVIDYA’ programme.

Finance Minister Nirmala Sitharaman said that these universities don’t need any separate licenses to launch their curriculum online. “Technology-driven education is going to be the focus for multi-mode access to online education to be launched immediately. Top 100 universities will be permitted to automatically start online courses by May 30, 2020”, Sitharaman said.

The PM eVIDYA programme will also consist of other initiatives such as ‘Diksha’ which will provide digital learning content for all grades and would be called as ‘one nation, one digital platform’.

Meanwhile, the government is looking to use immersive special digital content to provide eduction for visually and hearing impaired. “The government is ensuring that education of students does not suffer during the nationwide lockdown,” Sitharaman said.