Under the new lockdown rules, non-essentials can be delivered by ecommerce in orange and green zones

Cab aggregators are also allowed in the orange and green zones 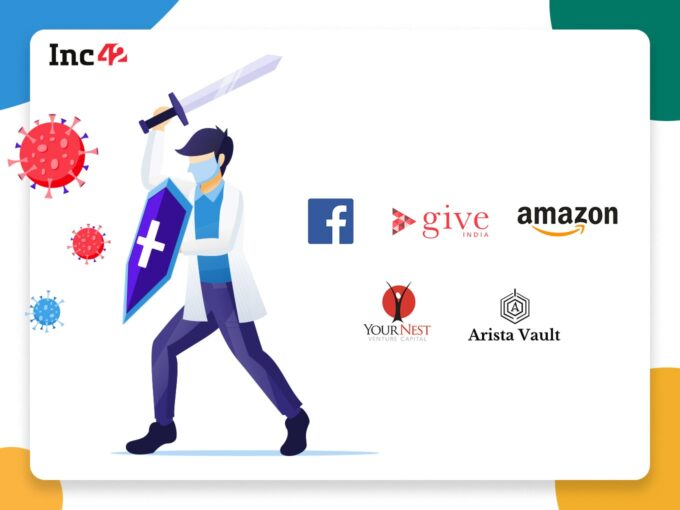 The ministry of home affairs has officially extended the Covid-19 lockdown, making it the third phase for the country, till May 17. The difference in this third phase is that restrictions have been relaxed for many activities, for red, orange and green zones, as identified by authorities. However, travel, hospitality services, schools/colleges, malls etc haven’t been allowed to reopen across the country.

Under red zones, big clusters of infection, the government has restricted intracity or intercity buses, taxis and cab aggregators etc. However, here are some of the services that have been allowed:

In addition to these, in orange zones:

Appreciate MHA’s guideline on opening eCommerce for all categories outside Red Zones. It is now important for all eCommerce and logistics companies to serve the consumers with all their needs in a manner that is safe and ensures everyone’s good health. The work begins now.

For green zones, along with the above, all other activities have been allowed, but buses and bus depots to operate with 50% capacity.

Further, Aarogya Setu app has been made compulsory for residents of the containment zone. Further, the app is being further updated to be functional in feature phones. The Aarogya Setu app will be expanded to all feature phone users, with the centre planning to partner with telecom operators Bharti Airtel, Reliance Jio and Vodafone-Idea, who will enable calls to their subscribers.

Interestingly, the Department for Promotion of Industry and Internal Trade (DPIIT) had set up a control room in March to monitor the issues of industry and trade and take up such matters with the concerned state government, district and police authorities and other concerned agencies. The control room monitors the issues of internal trade, manufacturing, delivery and logistics of essential commodities and difficulties faced by various stakeholders during the lockdown period to resolve any supply chain issues.

Out of the total number of 1962 queries registered till April 28, 2020, 1739 have been resolved. More than 1000 queries were received from Delhi, Maharashtra, Uttar Pradesh, Haryana and Gujarat.

In Andhra Pradesh, chief minister YS Jagan Mohan Reddy directed the officials to develop an action plan to boost the MSMEs which have been crippled due to Covid-19. To boost up the MSME sector, the state government will allocate INR 200 Cr as investment capital by providing loans in partnership with SIDBI at a low-interest rate. The state has also decided to clear the pending grants to the MSMEs from 2014-15.

As part of the fostering plans for MSMEs, AP has decided to waive minimum power demand charges for the months of April, May, and June. Apart from MSMEs, all the power utility bills for the remaining industrial sectors have been put back without imposing any additional charges.

Innovation For PPEs And Drones

Initial batches have already been supplied to frontline healthcare workers and are being scaled-up for mass production for deployment to hospitals, clinics across the country at affordable rates.

Indian robotics solution, a part of Indian Robo Store group, has launched multipurpose and transformable drone which they have named as Thermal Corona Combat Drone (TCCD). It is fitted with a thermal camera and can measure the body temperatures of people. Officials availing the services of the drone will be notified if it detects a slight spike in the body temperature of the person it is screening. The drone can scan over 600 people in 3 hours of flight time.

The restrictions of strict lockdown in India due to Covid-19 have had a direct impact on ecommerce giant Amazon’s earnings. The company in its quarterly financial performance report said that India was the most impacted among all its international businesses. Amazon said it has had to cut back a lot on its offerings in the country. But the company said that it will expand once the government allows ecommerce companies to resume operations.

YourNest Venture Capital has launched a unique programme to identify and fund startups within just four weeks from the close of applications.  SOAR will invest anywhere between $ 250K-$1 Mn in funding each startup. The SOAR application process is open for two weeks from May 1, 2020. Post-May 14, the shortlisted startups will be contacted and, after another round of screening, term sheets will be issued by June 15.

Facebook has collaborated with some of the biggest names in Indian entertainment to put together a home-to-home fundraiser concert, I For India. Proceeds from the fundraiser concert will go to the India Covid Response Fund managed by GiveIndia, to support on-ground relief efforts.