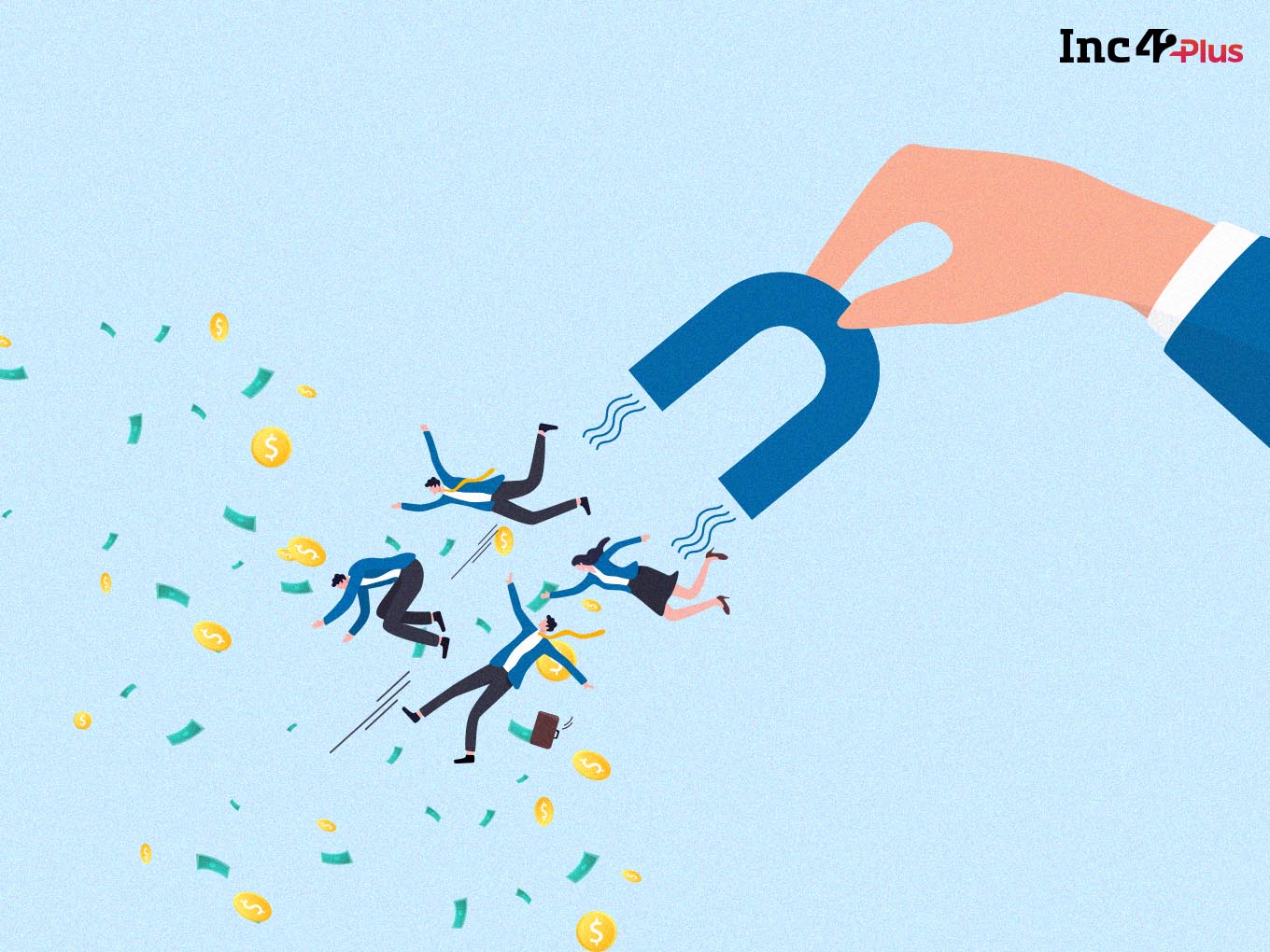 Big tech companies have not had the friendliest of years in India in 2021, and it’s not about to get any easier

Piling on the pressure on ecommerce platforms in India, traders’ group CAIT has launched a ‘Halla Bol’ campaign

Big tech companies have not had the friendliest of years in India in 2021, and it’s not about to get any easier if recent developments are any indication, particularly in ecommerce and fintech. The week that went by saw traders’ body CAIT once again go up against ecommerce and tech giants Amazon India and Walmart-owned Amazon India with a new Halla Bol campaign.

Further, the RBI is said to be investigating Google and Amazon’s entry into broader financial services with fixed deposit bookings, which have drawn concerns from tech startups and other BFSI ecosystem stakeholders in India.

But before we look at that, here are the top two stories that caught the attention of the Indian tech industry this week.

A fight over Parle-G! Amul, Parle and other FMCG brands have stopped direct supply to the Bengaluru-based B2B ecommerce platform Udaan after the company filed an antitrust suit against Parle over supply of Parle-G biscuits.

Even as the RBI has put Google on scanner for its fixed deposit service with Equitas Bank, now Amazon Pay has done the same with investment platform Kuvera.in for mutual funds and fixed deposits. Of course, the RBI will have more to say on this soon, so we expect regulatory changes in this regard, particularly with some fintech ecosystem stakeholders already questioning how Google was allowed to launch the service.

The week gone by also saw the release of our latest report on the Indian startup ecosystem where we mapped the financial performance of the top 100 startups over the past three years. More on this later.

Everybody celebrates when billions in capital is flowing into the startup ecosystem, but there are pitfalls and traps even in a funding spring. We have already seen how the influx of capital has made hiring more competitive in key technology roles, product management leads, as well as in areas such as marketing, branding and sales for ecommerce and consumer internet businesses.

But while the talent wars were primarily over high-level roles or specialised tech skills, now it has trickled down to entry-level roles as well with many startups in expansion mode able to pay higher salaries than before, as Lightspeed India’s Dev Khare pointed out.

The pandemic has played a big role in this as it has permanently altered team dynamics and other physical aspects that are typically considered ‘culture’. With remote working a likelihood for many startups and tech companies till 2022, perks and benefits have taken the place of culture.

As seen in the case of higher-level product manager roles or specialised roles such as blockchain developer or data science, the deciding factor for many candidates is the salary and the perks — at BharatPe, for example.

With many companies flush with cash, the desire to move jobs is also higher as it typically includes a pay bump. After a lean year in terms of salaries in 2020 which included layoffs, furloughs and pay cuts, many startup employees are likely to scout for new opportunities in a year when 24 startups have turned unicorns with a valuation of over $1 Bn and are in serious scale-up mode.

With entry-level jobs in startups being driven by the power of money, there is a serious competitive disadvantage for newer startups in cities such as Bengaluru, Delhi NCR and others which are now home to dozens of unicorns and IPO-bound companies.

BYJU’S continues to gobble up edtech startups and completed its 8th acquisition this year in the form of Gradeup. It has rebranded Gradeup to Exam Prep which will cater to students preparing for more than 150 exams. The company has spent over $2.4 Bn this year to acquire Aakaash Educational Services as well as online learning platforms.

Besides the $100 Mn mega-rounds for neobank Open and enterprise tech startup Amagi in the past week, logistics unicorn Delhivery has raised INR 558 Cr ($75 Mn) from Lee Fixel’s Addition as part of its Series I round, ahead of an expected IPO.

Over $447 Mn was raised by Indian startups in the week gone by, which marks the first growth in week-on-week funding after weeks of funding slowdown. Here’s a look. 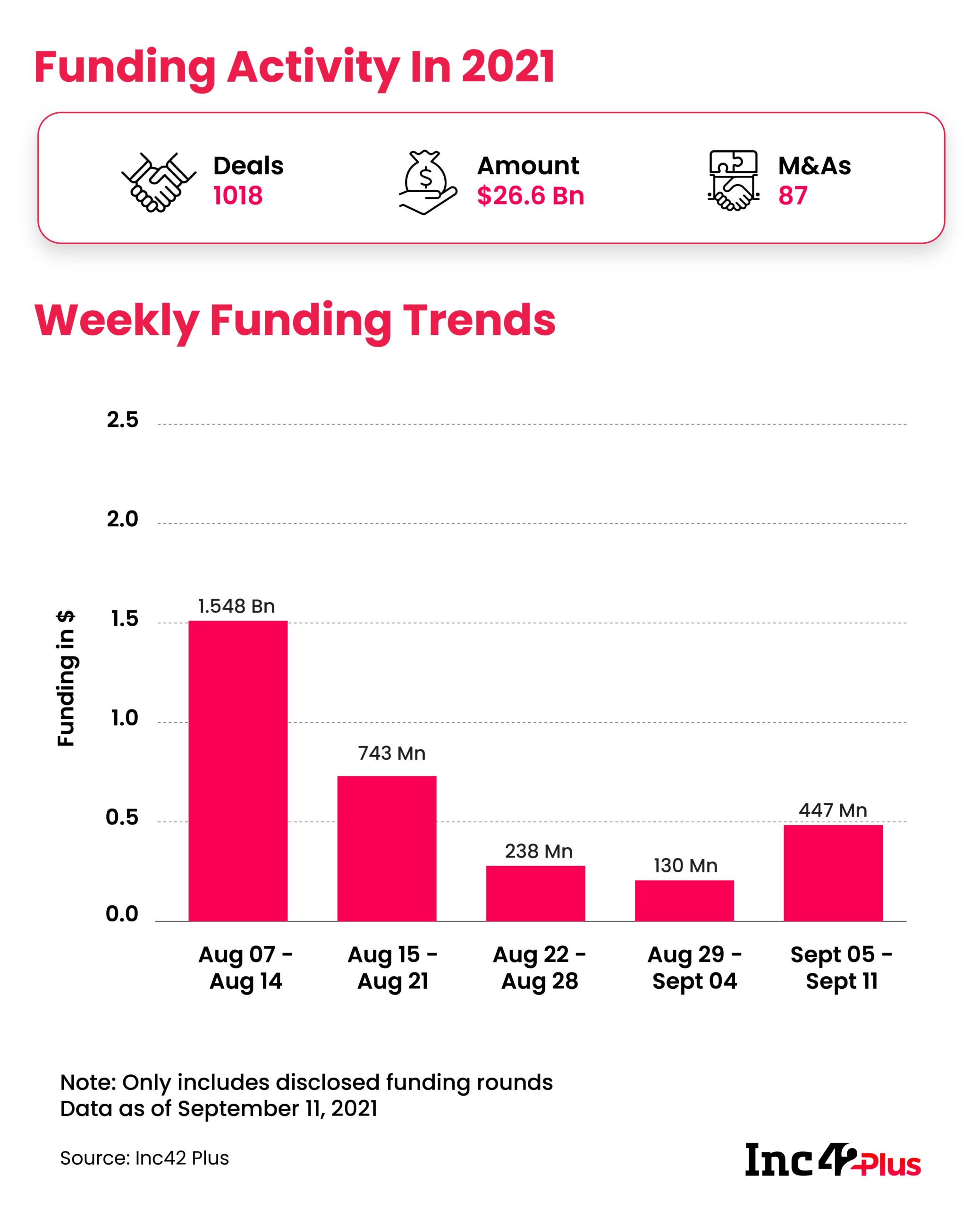 More than 16 Indian startups including Paytm, OYO, Nykaa, BYJU’S among others are raring to hit the public market. But so far Zomato and CarTrade’s stock market performance has been less than steady, which makes speculation into Indian tech stocks a bit more speculative.

The week gone by was great for CarTrade investors, where it reached the highs towards the end of the trading on Friday, but Zomato saw a steady decline from its opening position.

In other IPO news, OYO has increased the authorised share capital To INR 901 Cr ahead of its $1.5 Bn IPO at a valuation of $14 Bn to $16 Bn, while Udaan has named cofounder Vaibhav Gupta as the CEO as it eyes a public listing in the next 18-24 months. 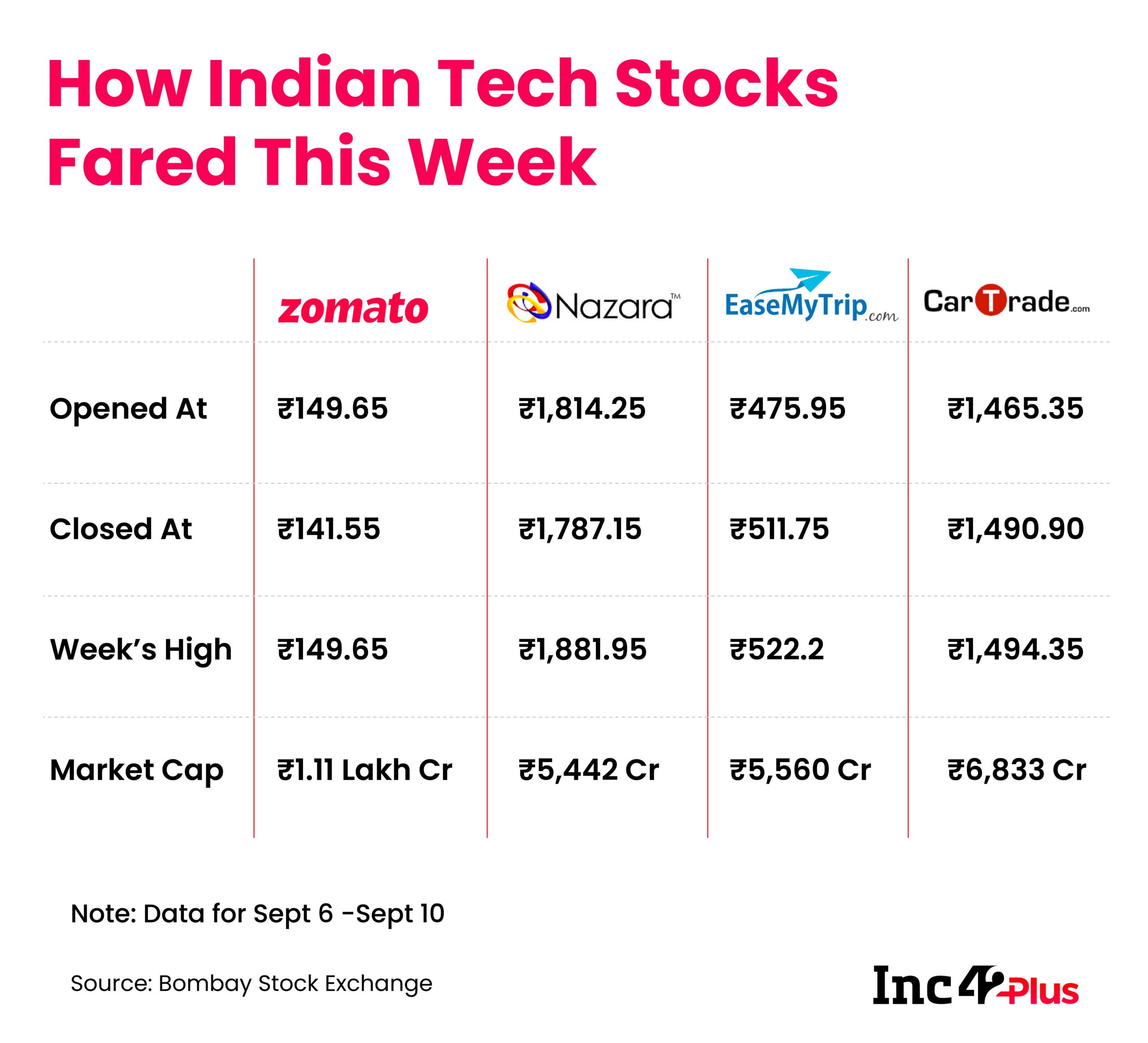 In Spotlight: Inside The Financials Of India’s Top 100 Tech Startups

While funding into Indian startups has remained stable in the past two years, this year, startups have seen record amounts of capital inflow. But funding does not equal financial performance and that’s why we decided to map the top 100 startups over the past three years. Our report is based on a combination of total funding raised and market penetration as well as annual revenue higher than $1 Mn in FY20. 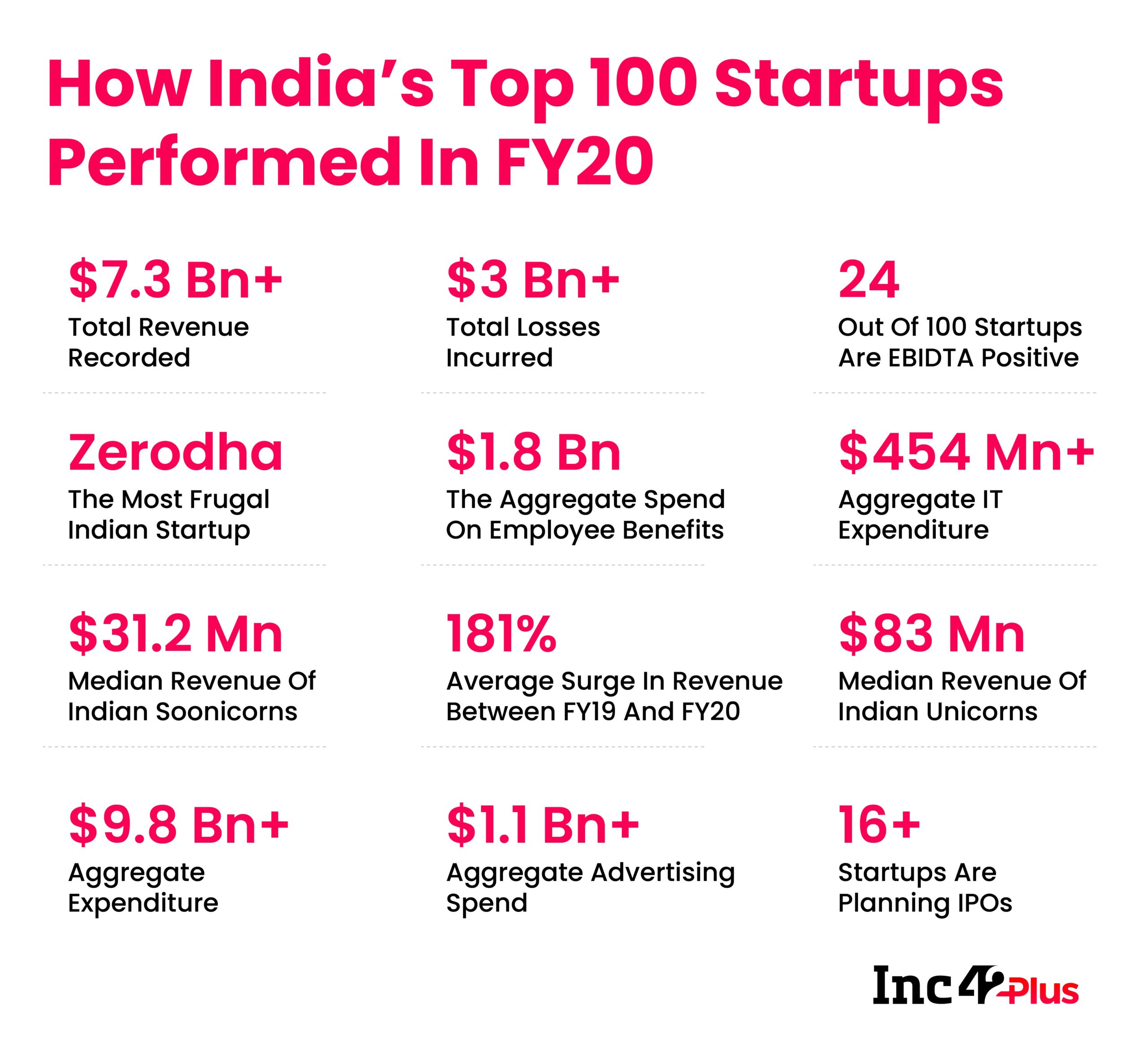 That’s all for this week, folks. Watch out for this roundup very Sunday as we recap the week’s biggest stories and developments from the Indian tech.