According to a 100X.VC report, 64% of the founders are worried about declining revenues 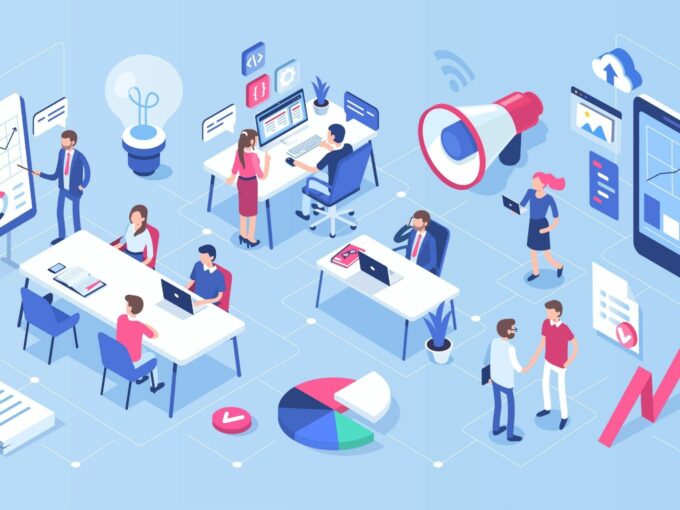 In less than a month, everything has changed for the Indian startup ecosystem. Founders are now changing their gears from scaling to reserving funds while many investors are not giving funds easily to startups.

Many startup founders are also changing their strategies to thrive in these unprecedented situations. A survey conducted by early-stage investor 100X.VC has now revealed that around 42% of founders believe that India’s economy will take at least six to 12 months to revive. This means that most of them are already preparing for a long-lasting battle.

Founded by Sanjay Mehta and Shashank Randev, 100X.VC is looking to invest in 100 startups through India SAFE notes. For the survey, 100X.VC took inputs of around 198 founders of Indian startups. It also took additional responses from 37 founders and 43 investors along with available financial information for this survey.

According to its survey, only 12% of the founders are of the belief that the economy will come back to normal in the next three months, while 24% of the respondents expect it to revive within three to six months. 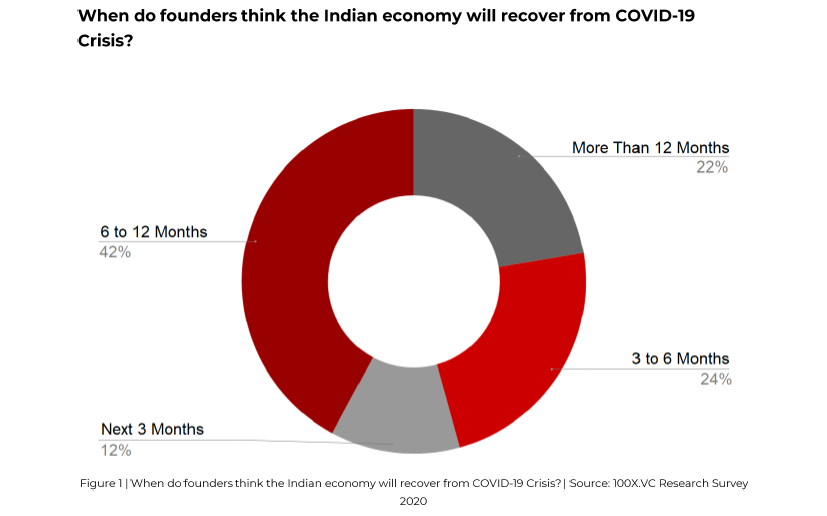 Factors such as low availability of daily wage earners and casual labour, lower production due to shortage of raw materials, among others were said to be the main reasons for the economic slowdown.

Also, the psychological impact of Covid-19 is expected to result in weak demand in hospitality, travel and tourism, shared mobility, real estate. At the same time, discretionary spending on luxury goods and appliances is also going to get hampered in the aftermath of this pandemic.

In the survey, 51% of the founders said that they are worried about the current situation, while 20% of the respondents are not worried at all. 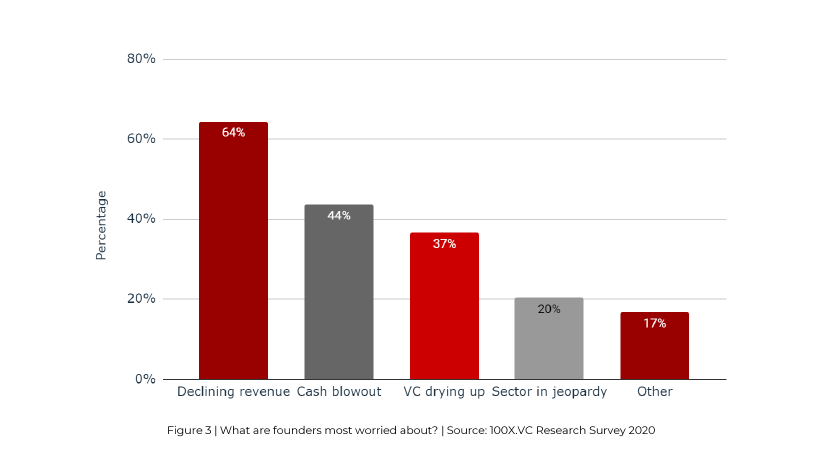 The survey points out that declining revenues is the top worry of the founders, followed by a cash crunch. Interestingly, the drying up of VC funds is their third most important concern.

Taking inputs from founders and investors, 100X.VC said that for startups, it is the right time to recalibrate the performance expectations. It can also be seen as a learning curve as businesses are adapting themselves to the situation while keeping in mind the challenges such as dip in productivity and the change in work culture. 100X.VC added that a lot of capital is waiting to be deployed and it’s just about how startups refine their fundraising goals.

How Are Startups Cutting Costs?

As the slowdown has started to impact the revenues of most of the startups, founders are not left with any option but to take strict decisions such as salary cuts and layoff. However, many founders are first resorting to options like cutting office expenses and marketing spends before coming to these tough decisions. 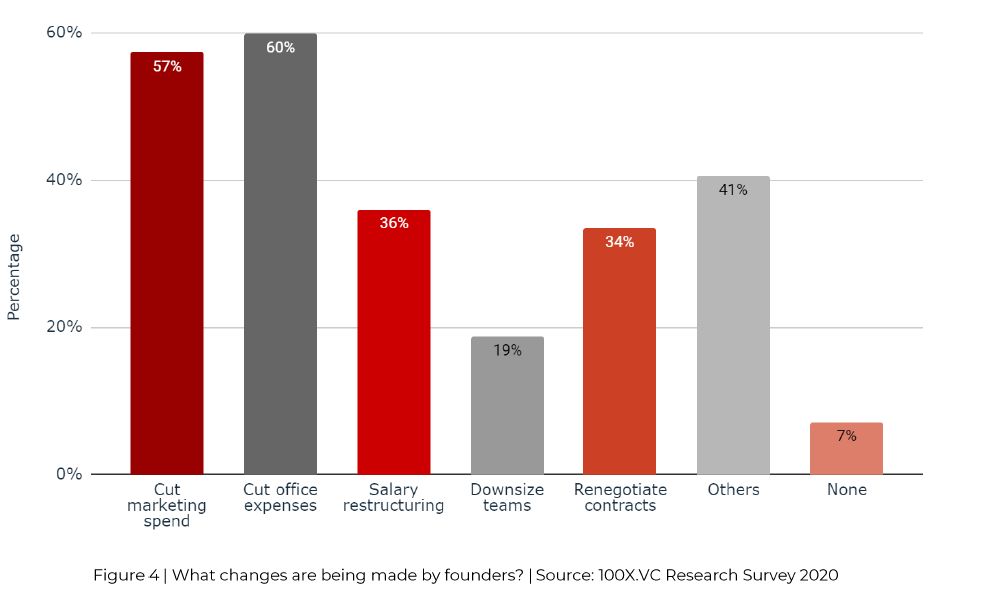 Only 19% of the respondent founders said that they have downsized teams to mitigate the coronavirus impact on their businesses. While 36% agreed that they did salary restructuring, around 7% said that no changes have been made in their organisation.

Pivots For A Covid-19 World

Only 33% of the founders believe that no pivot is required to their product as the economy is expected to bounce back soon. 100X.VC said that it is an opportunity for active investors and venture catalysts to prove their value by helping founders discover and launch their new business models.

As far as the fresh hirings are concerned, 37% of the founders said that they have stopped adding new members to the team. Similar numbers of founders have slowed down hirings while 17% of them have continued their hiring plans. Only 9% of startups, which are having a positive impact, are hiring aggressively at the moment. According to 100X.VC, startups in sectors like edtech, health tech, logistics and deliveries, remote engagement technologies, and cloud infrastructure are focusing on expansion. Currently, many investors are renegotiating terms with the startups over-valuations. Some are also honouring older commitments with signed term sheets and are making an investment in tranches. Around 45% of the startup founders said that VCs have reduced the frequency of responses, while 10% feel that VCs are not responding at all.