Yulu’s Amit Gupta On Consumer Mobility’s Next Wave: The Integrated Movement Of Goods And People 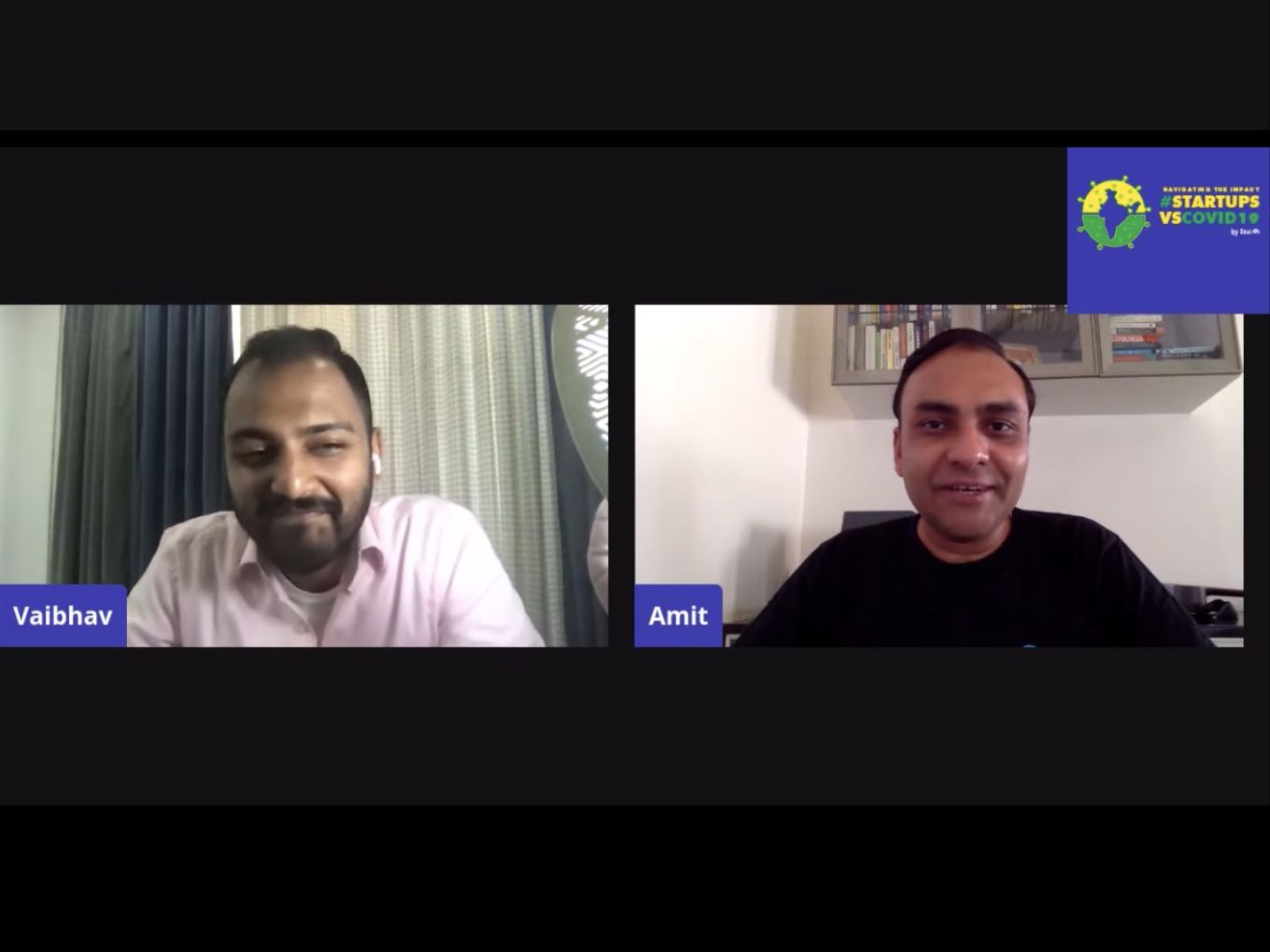 Amit Gupta, CEO of Yulu, joined Inc42 in the latest ‘Ask Me Anything’ session

From airlines to trains, to even local transportation — everything has come to a standstill as the world looks to flatten the coronavirus infection curve. But economies have to function and this would need people to step out of their homes. And when that happens, intercity mobility will witness interesting innovations to comply with social distancing measures, said Amit Gupta of Yulu.

Gupta was speaking to Inc42 cofounder and CEO Vaibhav Vardhan in the fifth edition of our ‘Ask Me Anything’ series under the #StartupsVsCovid19 campaign. The Yulu cofounder and CEO spoke about the expected changes in consumer behaviour, new business opportunities in consumer mobility space, balancing efficiency, cost, and demand in the new market and more.

In countries like South Korea, or some parts of Europe, they have the luxury of letting people stand or sit by one meter away from each other. But in Indian metros, we don’t have that luxury because of the imbalance in supply and demand relationship — it’s the high population density versus a limited number of vehicles.

Also, with the ongoing economic downturn, Indian consumers will not have the elasticity to pay more for personal modes of transportation or to buy one. In such a scenario, we will see innovative India-first models developing in consumer mobility space.

“I was actually thinking, in the context of the airlines, I will be scared traveling in a flight where a person is sitting next to me versus if a parcel is placed next to me. The idea of putting the goods and people together in a vehicle to bring down the cost down is actually very unique.”

Maybe, India will see business models wherein the front seat of the cabs which are usually empty could be used to ferry goods. This could help the rider to get an offset on the cab price as well. A similar model had already been tried in China and even in India, we have intercity buses that carry passengers and also ferry couriers on the top, he added.

However, he did add a caveat that most online deliveries in India happen on two-wheelers and it might be tricky to figure out how to fit in the parcel, driver, and passenger on that bike. Currently, there are many interesting collaborations that have started happening in the gig economy. For example, Uber and BigBasket have collaborated to ferry groceries.

“Combining grocery delivery and cab-hailing might be a market opportunity in the future but how will you deliver grocery and transit the person still needs whiteboarding,” said Gupta.

He also pointed towards the opportunity in hardware innovations, as low-cost public transportation will continue to be the primary mode of transit for most Indians in such an economic slowdown. According to Gupta, India will probably see everyone wearing some kind of a PPE, which is created for just commuting.

Another alternative could be that the government limits the number of people allowed in a train compartment, and increase the frequency of public transport so the same amount of people can travel but with some social distancing measures being taken.

Consumer Behaviour In A Post-Corona World

“In the post-corona wold, everyone will be worried about touching or coming in contact with anything which they don’t know,  be it people, surface or anything else. And this fear will be there for a good amount of time. It’s not gonna go away in the next couple of months for sure.”

This will lead people to prefer personal vehicles over shared mobility options. But at the same time, in India, we don’t have the luxury of everyone having their own car because of the purchasing power. And so people will go to public transportation, which means that there’ll be some structural changes in a public transportation format.

“Also because the government cannot afford to have each one of us moving in our own vehicle. So they need to enable public transportation, which actually has to undergo some big massive change,” he added.

With respect to the possibility of public-private partnerships, Gupta said it seems feasible going by the current trends where the government had leveraged private players to open up testing facilities and develop ventilates. Also, once the lockdown opens up, the government will be fighting multiple battles and it’s very unlikely that it will say let us solve all the problems.

“The government will rather ask the startups, or companies to find solutions which can enable affordable consumer mobility along with maintaining the social distancing norms,” he added.

Further, talking about use of big data and surveillance to track infection spread which countries like China have done through existing apps like Alipay. Gupta said the Indian government will not just let the citizen data simply go to private hands.

“There will be a central level mandate or architecture, at least, which will be open, where the government will ensure how this data will be used and who all will be using it, etc. So it’s not going to be private companies just accessing user data because it’s very sensitive data for all of us.”

However, he added that data patterns like in China will be influential in India but the question to ask is how much will the government allow and when. With maturity in the market, there is bound to be a shift in consumer expectations around data. While earlier people were resistant to sharing data in return for products or services or intelligent systems, human safety is an altogether different and massive consideration, which might force a behavioural change in consumers.