Amit Agarwal is the head of Amazon India

AI has the potential to improve the productivity of all operations: Agarwal

We need to start teaching AI in early-stages: Agarwal 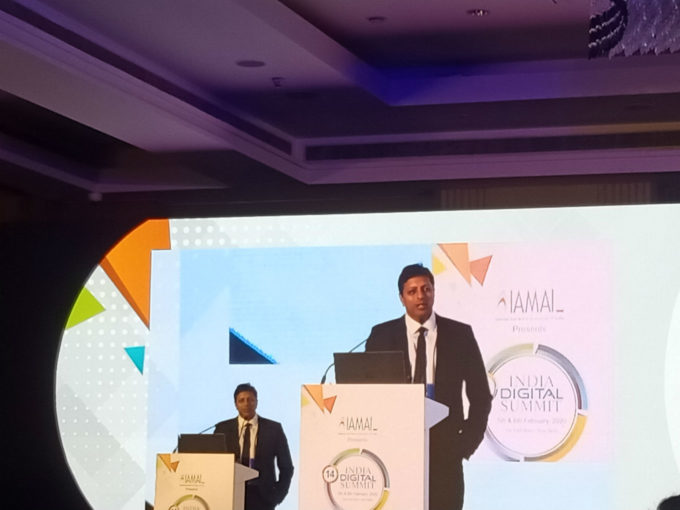 Citing that this is the most exciting time for the digital industry, Amit Agarwal, the head of Amazon India, said that this is a historic moment for all stakeholders to come together and scale India’s growth from here. Agarwal was speaking at the 14th India Digital summit in Delhi.

While India is the 5th largest country in terms of gross domestic product (GDP) numbers, Agarwal highlighted that India stands at the 2nd position when it comes to digital growth. “If you look at where we are today then the target of achieving $5 Tn economy and $1 Tn digital economies isn’t far away,” said Agarwal.

According to Agarwal, the factors which helped India to reach this stage are increased penetration of smartphones, data consumption, and cheaper internet plans which was introduced by Reliance Jio. “In the last five to seven years, there has been a digital boom because of which there are now more than 800 Mn smartphones in the country,” Agarwal added.

One of the factors which have helped in the digitisation of India is the rise of startups. Agarwal also believes that they are playing are a vital role in driving the digital growth of India.

The Amazon India head further added that if the number of unicorn startups highlights the success of a country then India has already 31 of them in that list.

Highlighting the importance of the government’s contribution in driving India’s digital growth, Agarwal said that this government has kept the digital drive going in the country through multiple initiatives such as BharatNet, Digital Village programme, Digital India, among others.

During his key address, Agarwal also listed out the factors that are going to reshape the growth of India. According to him, skill development, promotion of entrepreneurship at the grassroots level, women entrepreneurship, and artificial intelligence will help India scale in the future.

While India has the highest number of employable individuals, the country is still undergoing an employment crisis. However, Agarwal believes that digital literacy can help the situation to get better. “We also need to improve the education standards at the elementary level. We need to focus more on science, especially on artificial intelligence (AI),” he added.

Moreover, Agarwal said that AI has the potential to improve the productivity of all operations in every industry, including agriculture which plays a substantial role in India’s GDP.