StartupIndia, StandupIndia – Will This Be The Trigger For Progressive Change For Indian Startups

StartupIndia, StandupIndia – Will This Be The Trigger For Progressive Change For Indian Startups 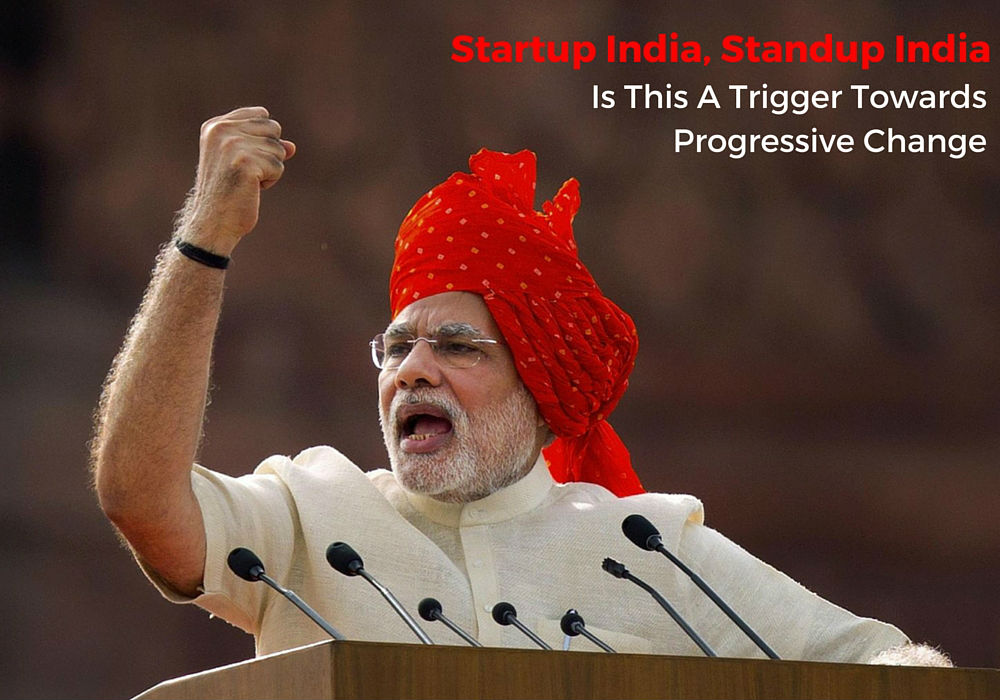 As the news says, Honorable Prime Minister has declared quite a few things in the Action Plan. While some of them need more clarity, a few of them are indeed revolutionary.

First, we think the Tax Exemption announcement is one of the biggest ones. In fact the video telecast of the event is evidence on how people who were in the room reacted to this announcement. Loud cheers followed the moment Mr. Modi mentioned tax exemption.

Many startups in India, including us at Appknox, have taken the Singapore route primarily for tax benefits. For a startup in the early stage, the first 2-3 years are very cruicial. Every penny is important and a tax benefit can go a long way in boosting some working capital.

There is a small bit of issue here though. The action plan states that this benefit is valid for companies that will be registered from April 1st, 2016 onwards. Whereas the action plan document defines a startup as a company that has been in existence for less than 5 years and has a turnover of less than Rs 25 cr per year. I think, by definition, it is fine but it does leave vagueness as this benefit might end up only for companies that are registered in the next financial year.

Second thing that we thought was very important is that of Intellectual Property Rights. Having worked in the security domain for a few years now, we think IP Rights and laws are fairly weak in India. Most startups also prefer applying patents in other countries like the US for a variety of reasons. The announcement was that the government will make IPR procedure transparent for stratups. There will be a Fast Track mechanism startup patent applications for faster examination and disposal. Adding to that is the benefit of 80% rebate on patent filing charges which is welcoming.

The issue here is that that Action Plan document mentions in a clause that for a lot of these benefits, startups will have to get a certificate issued from the government.

For a startup to get government tax benefits it has to receive a certification from an Inter-Ministerial Board that will be set up for such purposes.

There is no clarity yet on when will this board be setup, what does it comprise of, etc.

Third benefit that we see is in the process of winding up a business. Anyone who has tried to close a business in India knows how painful it is. Often people just let it be and go disfunctional. The Prime Minister has announced that there will be a provision for fast-tracking closure of businesses as part of ‘The Insolvency and Bankruptcy Bill 2015’. Startups with simple debt structures may be wound up within a period of 90 days from making of an application for winding up on a fast-track basis.

Again, while this is good, there is lack of clarity in the words used in this document. There are a lot of things open to interpretation and that’s what makes all government proposals weak.

Overall, I think the move is definitely welcoming. There is a good amount of positivity among startups and we know that we startups can go a along way even with just some positive announcements. It is important to see how the government converts this paper document into real action. I am sure startups will be happy to support and help as long as things move in the right direction. Meanwhile, we should insist the government and DIPP to share more details on things that need clarity.