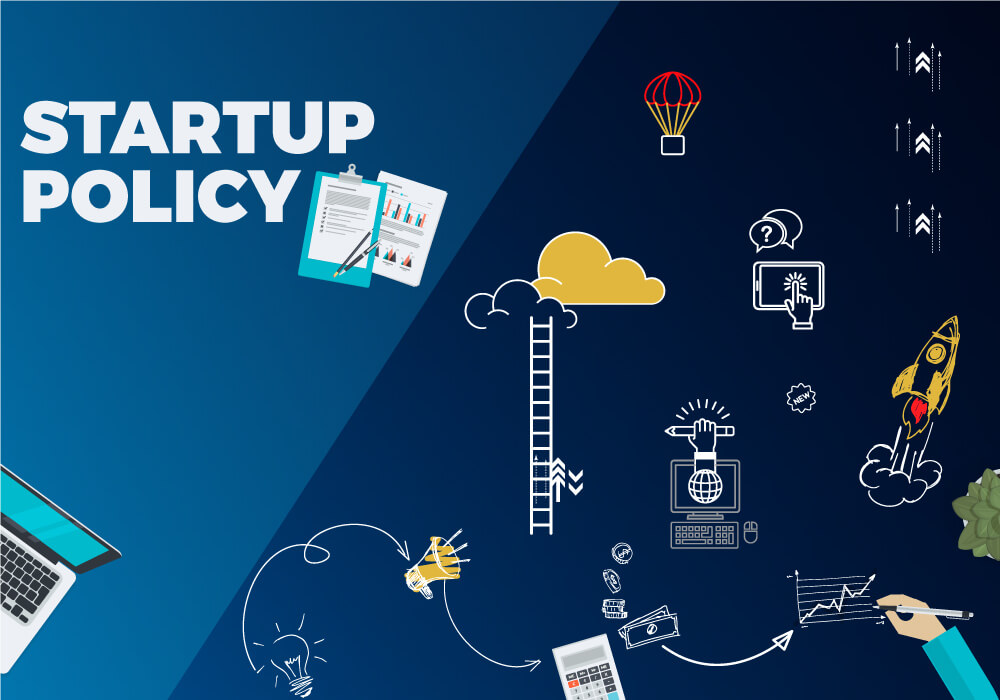 50+ startup policies and schemes have been introduced by the Government of India in the recent years. And, India is now the third largest startup ecosystem in the world, yet none of its cities be it Bengaluru, Hyderabad or Mumbai could make it to the top 10 startup ecosystems in the world. Not even on the extended list.

Take, our LinkedIn updates for example, which is being read by thousands every day has now become an important destination for founders, investors to get their daily dose of happenings from the startup ecosystem. Last month, we also introduced, a new series “Startup Events To Attend This Week” which received great feedback.

With “Policy” being a crucial support base for startups and investors, this month onwards, every first Wednesday, we will be capturing all the recent startup policy updates from the passing month for our readers in a single post.

With an aim to address the global startup policies across the world that might benefit/affect Indian entrepreneurs, ‘Startup Policy This Month’ will bring an update on major shift/change in countries’ policies pertaining to global startuppers.

Let’s take a look at the recent developments pertaining to the startup policies!

The Indian government has recently stated that it will provide more tax benefits to startups in the upcoming general budget 2018-2019.

The Indian government has already taken some major steps, building the giant pillars of Indian startup ecosystem. The government has established a fund of funds with a $1.54 Bn (INR10,000 Cr) corpus to support startups in various capacities. Having already extended its funding to 75 startups, DIPP has also planned to create Atal Incubation Centres across the country.

While the Department of Science and Technology is already providing 50% funding on securing IP, the government has announced tax exemption to registered startups against loans taken, for three-to-five years.

The complete details regarding the policies can be found here.

Recently, DIPP Secretary Ramesh Abhishek stated, “One of the main objectives of Startup India programme has been to ease the regulations and the tax side as well. So some of the changes have been done, but we want to do many more. For example, we want to bring at par unlisted securities of startups with listed securities. All the tax treatment of listed securities. So we want those facilities which will help investors, incentivise them to invest more in startups. When their exit is better at a lesser tax rate, obviously they would be motivated to come in faster.”

The Secretary indicated that once the Finance Minister Arun Jaitley gives his nod, the tax reforms will be implemented in the upcoming general budget.

Speaking on the startup policies at GES 2017, Ramesh revealed that the Indian government is in the process of setting up a $300 Mn (INR 2,000 Cr) credit guarantee fund to provide loans to startups without any collaterals.

The Punjab state government has approved a new industrial and business policy to attract investors and entrepreneurs in the state. The new policy has paved way for the creation of $1.54 Mn funding to facilitate the establishment of training and skill development centres. The policy also enables the fixing of industrial power tariff at INR 5/unit and a one-time settlement of industrial loans.

Speaking of the same, Punjab Health and Family Welfare Minister Brahm Mohindra said that the new Industrial and Business Policy will provide a great platform for the new startups in the State of Punjab and the provisions made in this new policy for industrial development in the state has been appreciated by the business visitors and trade houses of the country.

The new policy will provide special single window facility for existing industries/ MSMEs/startups to be set up at the district level, dedicated 100 crores funds for startup, quality power at an affordable fixed tariff of INR 5/unit.

Mohindra informed that under the new policy, MSME Facilitation Councils will be set up at Ludhiana, Jalandhar, Amritsar, SAS Nagar and Patiala.

While IIT Powai (Bombay), and IIM Nagpur are already hyperactive in promoting entrepreneurs and their startups in the state and the country, the Maharashtra government plans to launch a similar startup policy in other public institutions of the state, based on the Stanford University startup ecosystem model.

The government has formed a 14-member committee headed by the Vice Chancellor of Dr Babasaheb Ambedkar Technological University, Dr Vilas Gaikar, with a mandate to prepare a draft startup policy in next six months, reported DNA.

The committee consists of members from industry, leading educational institutes including IIT, Mumbai and education experts. The aim is to establish incubation centres at every public university that could perform and exercise its powers within the ambit of duties designed by the Board.

In line with Karnataka, Kerala, Telangana, Andhra Pradesh and Rajasthan, entrepreneurs in Tamil Nadu have demanded the state government to implement its own startup policy at the earliest.

According to The Hindu, the state government has been talking about formulating a startup policy to encourage entrepreneurship with a special focus on tier II towns and rural pockets. In the last three years, officials have discussed this in several forums and said, “the policy is ready” but it has not been unveiled yet.

The success of central government’s startup India policy depends upon the state’s policy as well. While states like Karnataka, Andhra, Telangana and Kerala have established various incubation centres with funding support, Tamil Nadu government baffling with party politics after Jayalalitha’s death has failed miserably in keeping up with the policies formulation and implementations.

The Kerala government recently announced that Kerala-based startups will now be offered seven years of government backing from the existing five years.

Founded in 2006, Kerala Startup Mission, a state nodal agency has been harbinger among all states pertaining to startup policy and promotion. KSUM has taken a host of initiatives to bolster startup ecosystem in the state in recent months.

Expanding IT incubation space in the state, the Kerala government has announced to extend its support to private entities and tie-ups with national and global agencies for setting up incubators and accelerators in the state. Recently, KSUM had announced that teachers in public institutions can go on sabbatical to set up a startup.

Besides funding, the government has also extended these benefits, including access to subsidised office facilities, to merged, acquired or amalgamated startups. The increased financial backing is expected to give a much-needed boost to tech-based product development startups currently operating in Kerala.

Aviation Ministry Issues Draft On The Commercial Use Of Unmanned Drones

In other news, in the Bay area, while Amazon Prime Air gears up to deliver packages within 30 minutes of the order, the Indian government steps up to the required policy framework in this regard. The Aviation Ministry has issued a draft stating the rules and guidelines pertaining to the use of drones. In this regard, the Directorate General of Civil Aviation (DGCA) will also post a draft of rules in the public domain to seek comments and suggestions through their website.

After toughening the immigration policy, Australia has witnessed a dip in startup ecoculture and the analysts there believe that it could be due to the slowing down of the influx of talents.

Meanwhile, Canadian President Justin Trudeau has once again led the way by example. The Government of Canada has just announced its plan to launch new startup visa programme in 2018. With this, the Canadian market will be an easy access for Indian startuppers. Besides Canada, A federal Judge in Columbia Court has overturned President Trump’s efforts to delay ‘startup’ visa under International Entrepreneur Rule. The International Entrepreneur Rule allows immigrant entrepreneurs and their families to remain in the US for 30 months without a green card or other visa and apply for another 30-month extension after that.

Coming back to India, while, PM Modi has clearly announced his vision to have startups and incubation centres in every district of every state of the country. The central government has already taken initiatives regarding the policy homework; however, besides, seven-eight states other states are yet to show their keen interest in this budding sector. Better sooner than later, we hope!

Stay tuned for the next edition of the monthly review of startup policy changes!