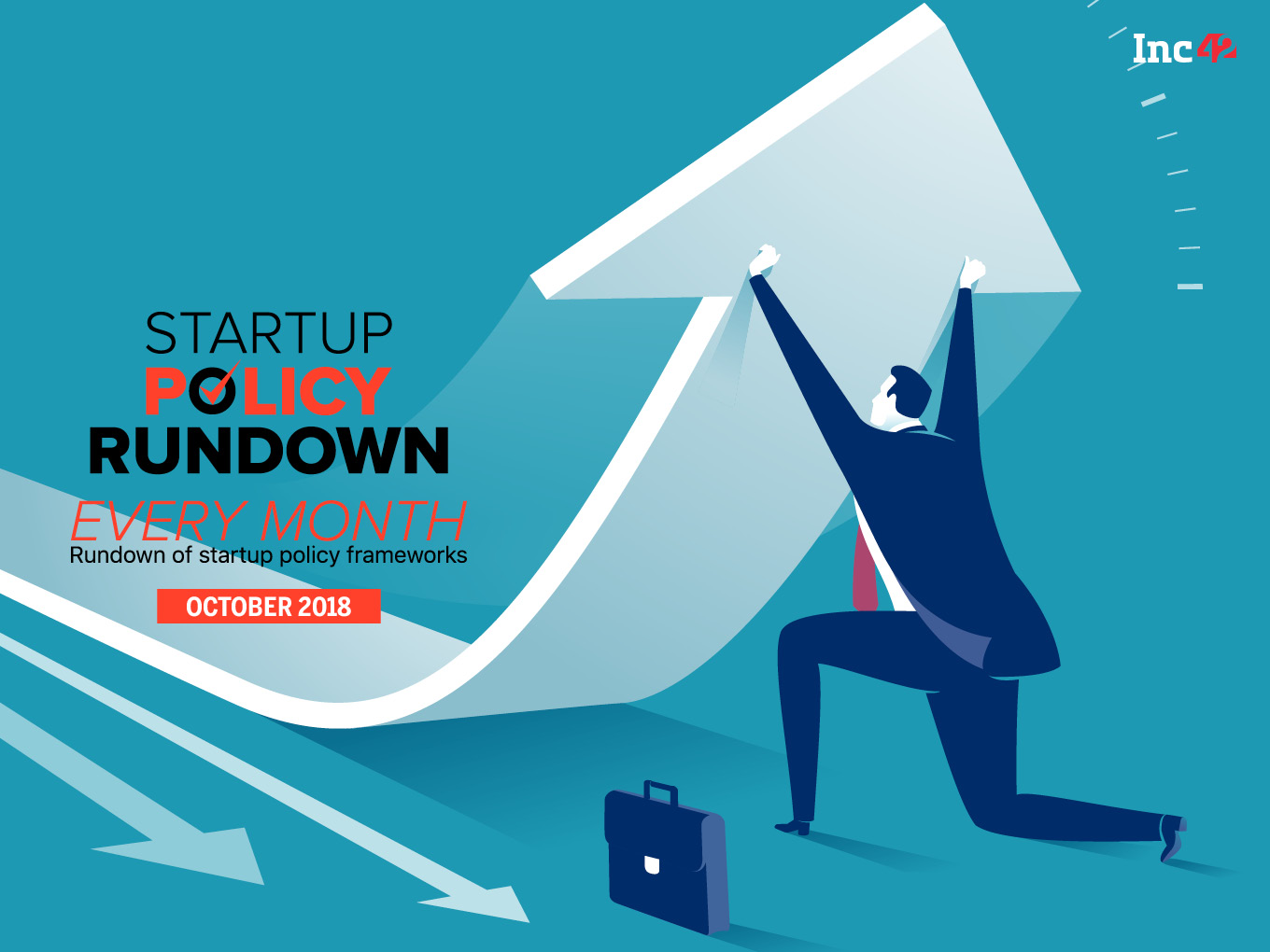 Reflecting the series of policy reforms taken by the Indian government as well as various state governments’, India has jumped 23 positions in the World Bank’s Ease of Doing Business report 2019, reaching 77th position from its rank of 100 in 2017, among the 190 countries assessed by the World Bank.

“With 13 reforms between them, China and India — two of the world’s largest economies — are among the 10 top improvers,” the World Bank had said in its report.

The policy initiatives do reflect in the Global Competitiveness Index 4.0 2018 Rankings as well, where India is currently ranked at 58th, up 5 positions from last year. In its annual report, the World Economic Forum observed, “India has demonstrated sizeable improvements over the past year. Compared with the 2017 backcast edition, India is up five places, the largest gain by any of the G20 economies.”

“India is a remarkable example of a country that has been able to accelerate on the pathway to innovation (where it now ranks 31st, with a score of 53.8), due, particularly, to the quality of its research institutions. In spite of a high degree of entrepreneurship (61.1, 23rd), business dynamism is hampered by administrative hurdles,” the report added.

However, the lack of skilled manpower, quality of human life and poor healthcare systems did not go unnoticed in the report. It concluded that India is a relatively ‘closed’ economy compared to Sweden, Finland and the US, which were rated the most open countries in the world.

Let’s take a look at this month’s startup-related policy initiatives.

The latest draft has postponed timelines for some of the objectives given in NPE 2012. For instance, the older policy aimed for a turnover of $400 Bn in domestic electronics manufacturing by involving a 100 Bn investment in Electronic System Design & Manufacturing (ESDM) and creating employment for 28 Mn people by 2020. However, the new NPE 2018 aims to achieve a turnover of $400 Bn by 2025. This will include targeted production of 1 Bn mobile handsets by 2025, valued at $190 Bn, including 600 Mn mobile handsets valued at $110 Bn for export.

Interestingly, while the new draft does mention that 4.5 Lakh direct and indirect employment opportunities were created in the last three years by 118 mobile manufacturing units, NPE 2018 does not set any objectives, as far employment and investments are concerned.

Aimed at encouraging industry-led research and development and innovation in all sub-sectors of electronics, the draft NPE 2018 plans to create a comprehensive startup ecosystem in new age technologies such as 5G, IoT, artificial intelligence (AI), and machine learning, along with their applications in areas such as defence, agriculture, health, smart cities and automation, with a special focus on solving real-life problems.

The Securities and Exchange Board of India (SEBI) has proposed to tweak the regulatory framework for Institutional Trading Platform (ITP), he listing platform for startups, to make it easier for startups to list and raise funds.

The regulator has proposed to rename ITP as the Innovators Growth Platform (IGP); and has also suggested to make certain policy changes in the startup listing eligibility, among others.

SEBI came up with the revised consultation paper based on the recommendations of the Primary Market Advisory Committee (PMAC). It contains proposals for certain policy changes to the ITP framework.

PM Modi Makes It Mandatory For Government Companies To Be On GeM,

In order to boost the Government eMarketplace (GeM), Prime Minister Narendra Modi made it mandatory for all the central government companies to be part of the GeM.

The prime minister also invited all the relevant MSMEs including startups to enlist themselves on the platform to be benefitted from the revised procurement policies.

Making the announcement while speaking at a MSME Support and Outreach Program on November 2, PM Modi stated, “Government e Marketplace (GeM) is a channel that is providing MSMEs a transparent platform for selling their goods and services to the government”

Together, they will organise the WhatsApp Startup Challenge, wherein the top five participants will receive $250K in seed funding from the Facebook-owned messaging platform.

An additional $250K will be directed towards a select few from the entrepreneurial community to promote their WhatsApp business number on Facebook and help drive discovery of their businesses.

Invest India is also working with WhatsApp to drive awareness about its business tools in around 15 states, impacting over 60,000 businesses in the coming months, through tools such as Startup India ‘Yatra’ programme and other in-person training events.

In other news, while Chinese social media giant ByteDance, valued at $75 Bn, has now become the most valuable startup in the world, China continues to impose various internet restrictions and anti-social media policies, evident from the recent apology from ByteDance CEO Zhang Yiming.

While Chinese citizens have already been blocked from accessing or downloading Tik Tok, another social vernacular media app (formerly known as Musical.ly), ByteDance is now being seen as one of the companies trying to firewall its Chinese consumers so as not to upset the government.