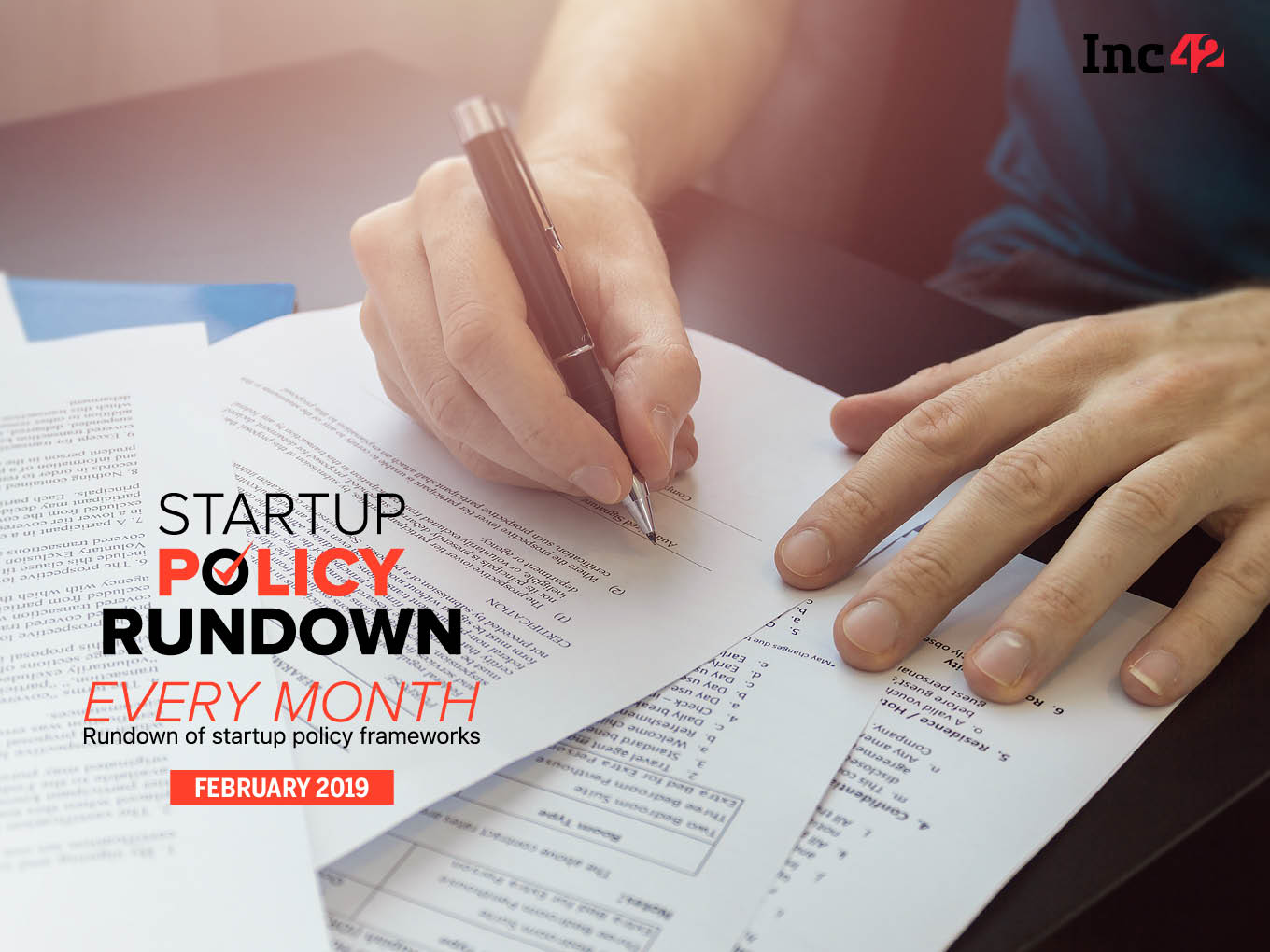 The National Policy on Software Products 2019 to help 10K startups

With the General Election set to occur in the next 60 days, the 16th Lok Sabha has been dissolved. The last session of the Parliament which concluded on February 13 saw the lapse of at least 22 Bills passed by Lok Sabha. The Bills could not be introduced in the Rajya Sabha.

Among the Bills was also the Aadhaar and Other Laws (Amendment) Bill 2019 which the government has now implemented through the ordinance route after the Cabinet’s approval.

The anticipated draft Bill that was not introduced in the 16th Lok Sabha was Personal Data Protection Bill 2018. However, the major policy changes since then be it, in RBI data-related circular, Aadhaar Amendment, TRAI circular and now draft ecommerce policy by the Department for Promotion of Industry and Internal Trade (DPIIT) has consistently in line with the draft PDP Bill, asking data fiduciaries of their domain areas to store Indian users’ data in India/ India only, depending upon the criticality of data.

Walmart which expects a $1.5 Bn loss from Flipkart this year, expects another $280 Mn loss due to these regulatory measures. However, the executive vice president and CFO Brett Biggs said the company has already made adjustments regarding FDI policy and is ready to move forward.

Let’s take a look at major policy developments this week!

The President of India, Ram Nath Kovind, on March 2, 2019, approved the promulgation of an ordinance which will allow voluntary use of Aadhaar for SIM cards and bank accounts purposes.

The Ordinance will also give a child an option to exit from the biometric ID programme on attaining 18 years of age.

Announcing the president’s approval, minister for electronics and information technology Ravishankar Prasad said, “Aadhaar can be used as KYC on a voluntary basis under the Telegraph Act and PMLA rules. Any entity using Aadhaar will have to adhere to privacy guidelines.”

In line with the draft PDP Bill, the Ordinance proposes a heavy penalty on data fiduciaries that fail to comply with the Aadhaar Act. However, Aadhaar critics and the opposition are of the opinion that the Ordinance contradicts the Supreme Court’s Aadhaar Judgment.

The government on February 28, 2019 approved the National Policy on Software Products 2019 with an outlay of INR 5,000 Cr fund, aimed at nurturing 10K startups in the software product industry and generate 3.5 Mn employment by 2025.

“National Policy on Software Products 2019 as approved by the Cabinet aims to encourage innovation, startups and creation of intellectual property (IP) by developing greater collaboration between government, industry, academia and other stakeholders,” Ravi Shankar Prasad said in a tweet.

With the policy, prepared by the Ministry of Electronics and Information Technology (MeitY), the government is looking to create a robust software product ecosystem in India — and said it is aligned with other government initiatives such as StartUp India, Make in India, Digital India and Skill India. It aims to make India a $70 Bn – $80 Bn software products industry by 2025.

As part of the policy, the government has said to initially outlay INR 1,500 Cr to implement the programmes for software development and research, for over a period of seven years.

The Union Cabinet, on February 19, approved the National Policy on Electronics 2019 (NPE 2019). Keeping all the objectives same as those that appeared in its 2018 draft, the NPE 2019 aims to achieve a turnover of $400 Bn by 2025 in Electronics System Design and Manufacturing (ESDM).

Interestingly, NPE 2019 has only shifted the timeline, as far as major objectives are concerned. For instance, the NPE 2012, too, had aimed for a turnover of $400 Bn in domestic electronics manufacturing by involving a 100 Bn investment in ESDM.

Nagaland has now come up with Nagaland Startup Policy 2019 for a period of next five years. While the policy aims to house at least 500 startups in the state in the next five years, it also proposes to set up a Nagaland Innovation Fund (NIF) in partnership with national and international VCs.

According to the policy, shortlisted startups shall be eligible for annual reimbursement of state GST paid in sales of goods for a period of three years up to a maximum of INR 5 lakh per startup per year.

The chief minister of the state Neiphiu Rio during his budget speech on the floor of the House said, “The Government has already approved the Nagaland Startup Policy with the vision to establish Nagaland as a model startup leader in the region, by creating a culture of entrepreneurship that nurtures creative and innovative youth, allowing them to build successful start-up companies, become job creators and contribute towards building a healthy and sustainable economy.”