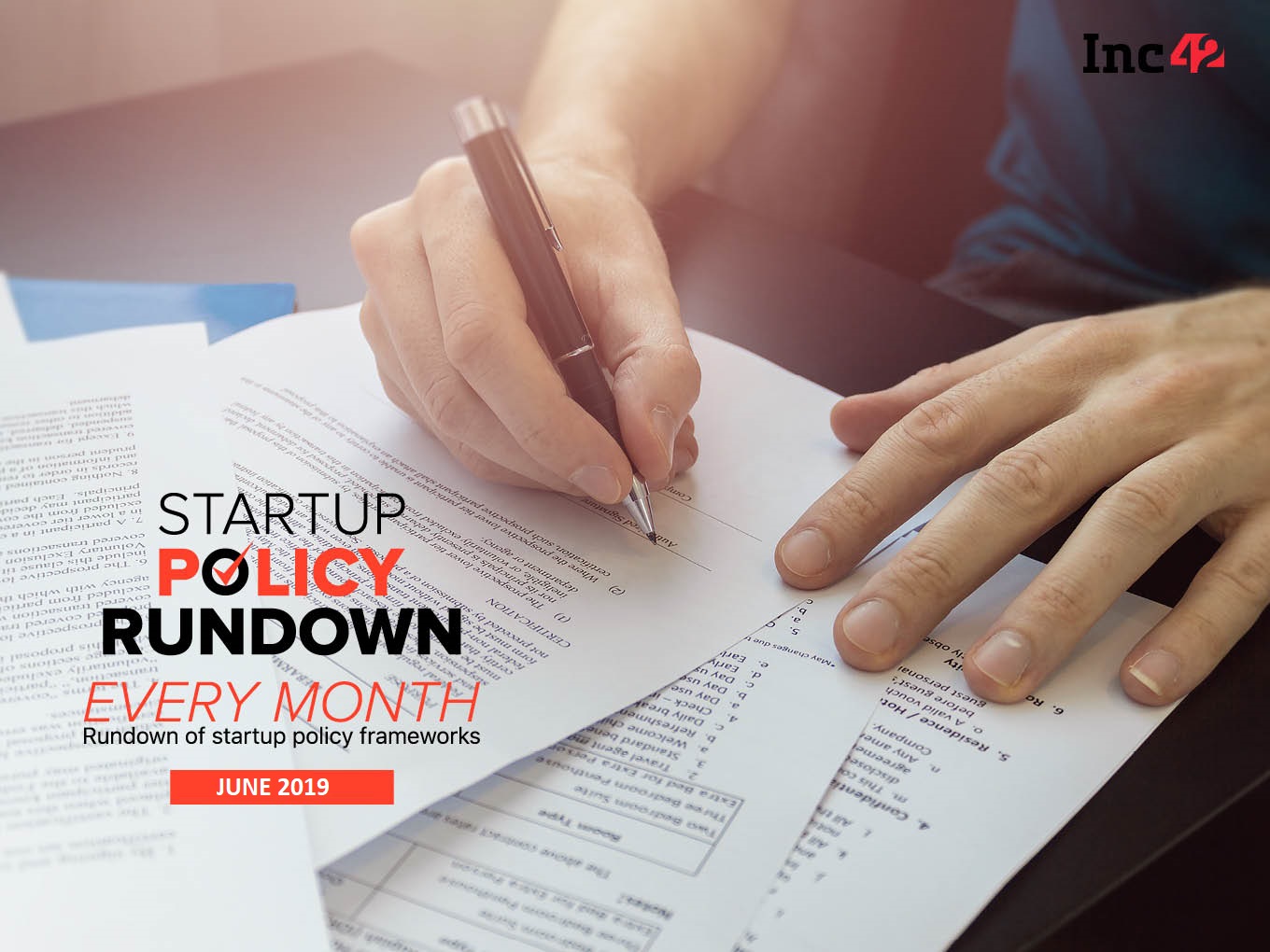 Since the launch of Drone Regulations 1.0, drones from only two companies certified

Addressing the join Session of the Parliament, President Ram Nath Govind signalled major policy announcements including the new industrial policy. The president said that the government has set a goal of having 50K startups operating in India by 2024.

“We want to India to be among the top 50 countries of the world and to achieve this, process of simplification of rules will be further expedited in collaboration with the States. Also, the necessary amendments are also being brought in the companies law.” – Ram Nath Kovind

Meanwhile, the central government’s Drone Regulations 1.0 despite being launched in December last year, is yet to be functional. The Sky Digital platform that is supposed to monitor and control the entire network is yet to be built. The DGCA, however, has started the certification process of drones. And, till now, the Civil Aviation body has certified drones from two Bengaluru-based startups, Skylark Drones and Throttle Aerospace Systems, after they complied with the NP-NT (no permission, no takeoff) protocol under the country’s new drone policy.

Let’s take a look at the latest policy developments under Modi government 2.0!

In its first meeting after taking charge, the Meghalaya cabinet has approved 25 policies on June 10, one of which was the state’s startup policy. The Meghalaya Startup Policy 2018 aims to help budding entrepreneurs and create employment opportunities.

Introduced in August 2018, the policy is expected to act as a catalyst in the economic growth of the state, creating models for scalability and replicability across the state resulting in large-scale employment opportunities.

As part of the policy, the state government will develop a startup portal and app which will aggregate all information related to the policy, its benefits and the procedure to avail them. The government has also proposed to develop quality infrastructure across the state with all necessary facilities made available for entrepreneurs. Approved institutions will be eligible for a one-time grant of 75% of capital cost (cost of building, equipment, connectivity etc.) up to a maximum of INR 5 Cr to set up an incubator.

The Nagaland government, last month, issued a notification pertaining to Nagaland Startup Policy 2019. The policy aims to create a conducive atmosphere and opportunity for local entrepreneurs.

Issued by the Department of Industries and Commerce, the Nagaland Startup Policy 2019, like most of the other state startup policies shall be effective for a period of five years since the date of notification.

MeitY, the Ministry of Electronics and Information Technology, is reportedly working on creating a Software Product Council which will work on implementing a software product mission. This mission is part of the National Policy on Software Products, introduced in February this year.

The council will include members of the government, academia and industry.

The National Policy on Software Products is also aligned with other government initiatives such as Startup India, Make in India, Digital India and Skill India. It aims to make India $70-80 Bn software products industry by 2025.

As part of the policy, the government will initially outlay INR 1,500 Cr to implement the programmes for software development and research, for over a period of seven years.

Telangana To Create ‘Fund Of Funds’ For Startups

Telangana is reportedly in process to create a fund of funds for the state startup ecosystem, reported Telangana Today. IT Principal Secretary Jayesh Ranjan said that the fund size is soon to be finalised the fund of funds is likely to be ready within the next three months.

“We are now in the process of finalising the FoF. Funding is one of the criteria, the Union Government looks into while ranking States on startup ecosystem. And we don’t want to lag.” – Jayesh Ranjan

In other news, Karnataka which had launched State Startup Policy, back in 2015, has now planned to amend its policy in order to tweak it to be in line with the central government policy. According to reports, the state cabinet has already approved the amendments, many of which are pertaining to the startup definitions which the centre amended recently.