A Rundown Of The Important Developments In Startup Policy Frameworks: June Edition 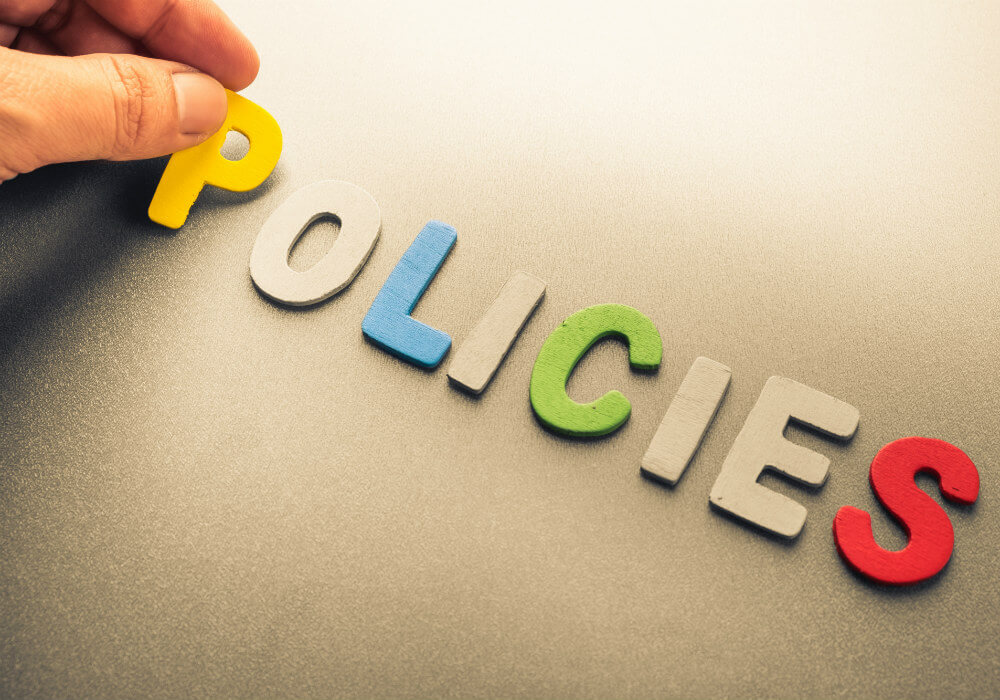 With the DIPP’s state startup ranking framework in place, most Indian states are busy planning, executing, and improving their startup policies. Meanwhile, Prime Minister (PM) Narendra Modi recently spoke to startuppers via video conferencing to get an understanding the policy’s efficacy on the ground and highlighted that about 44% of startup founders today are women.

However, this data is debatable. The News Minute, a web daily, reported that of the 6,300 startups currently recognised by the Startup India plan, only 2,488 have a woman as founder, director, or partner. There is no data available on exactly how many women are employed in these startups.

Most startups don’t even have the mandatory sexual harassment policy in place and the government must take a notice of this, added the report.

While interacting with entrepreneurs through the NaMo App and other media, PM Modi stated:

“The government has taken a host of initiatives under the Startup India policy to address startup issues at every level. For instance, for funding, we have already disbursed over INR 1200 Cr to the AIFs under fund of funds. The $1.5 Bn (INR 10,000 Cr) fund of funds will pave the way for $15 Bn (INR 100K Cr) funding to the startups.”

Modi, while listening to startups founders’ innovation stories, also said that a number of processes have been eased and hurdles have been removed to smoothen the journey for startups. For instance, the number of trademark filing forms have been reduced from 75 to just eight. A subsidy of 10% is also extended to startups filing for trademarks. Similarly, over 50% of the patent cost is borne by the government. “We have registered a three-fold increment in the number of patent registrations recently,” said Modi.

In a separate conversation,  Telangana IT minister K T Rama Rao was questioned by Hyderabad startuppers about the problems surrounding healthcare startups. There’s no clear rule book listing the stand of the government on legalities concerning emerging technologies. The minister was thus questioned, “What is being done about it?”

As far as cutting-edge technologies like blockchain, cryptocurrency, big data analytics, machine learning (ML) and artificial intelligence (AI) are concerned, there is still no clarity over collection, protection, and trading of data.

With the fintech space growing at a fast pace in the country, Kaustubh Dhavse, joint secretary and officer on special duty to the chief minister of Maharashtra, shared that the state government expects to “have at least 500 fintech startups who are enabled, stable, have successful sizeable funding and are going to make India and Maharashtra proud.”

Addressing the third edition of the FinTechX conference hosted by the Internet and Mobile Association of India (IAMAI), Dhavse announced that Maharashtra has become the first state in the country to have a comprehensive fintech policy.

He further emphasised on the progressive role of the government in doing quality evaluation of new fintech startups in AI, blockchain and ML.

Dhavse also talked about the Maharashtra Fintech Policy 2018 and the Fintech Registry, where all startups have to register to avail of various incentives such as online auctions and participating in government policies.

In January 2018, the Maharashtra cabinet had approved the State Innovation and Startup Policy to facilitate 10K startups over the next five years through investments worth over $782.2 Mn (INR 5,000 Cr).

The policy has set a goal to create 500K direct and indirect jobs in the state and also identified a roadmap for setting up of at least 15 incubation centres across the state. The state government also aims to establish two startup-focussed accelerators, one in Nagpur and the other in Aurangabad.

Maharashtra is currently home to more than 1,019 startups and boasts a robust startup ecosystem that is well connected with investors, mentors, VCs, and other ecosystem enablers. Therefore, the target of 500 fintech startups looks doesn’t seem unattainable for the state.

In a separate development, the nodal state government agency, the Maharashtra State Innovation Society (MSInS), partnered with YES Bank. Both the parties have signed an MoU under which YES Bank extended banking services to startups at the Maharashtra Startup Week, organised from June 25-29, 2018. The services were extended through YES: Head-STARTUP program, the bank’s comprehensive banking solution for tech and tech-enabled startups.

Odisha Registers 20 Startups Every Month Under Its Startup Initiative

In a major boost to the state startup initiative, the Odisha government has been recognising 20 startups every month, higher than the national average.

While addressing the Startup Council Meeting held recently under the chairmanship of chief secretary A P Padhi, additional chief secretary (ACS), micro, small and medium enterprises (MSME) L N Gupta said that the state’s startup initiative has registered around 233 startups across 39 sectors within one year, at the rate of around 20 startups per month.

At present, these startups provide employment to around 2,000 people, he further added.

Around 30 startups in Odisha have been extended various benefits such as monthly allowance, product development assistance, need-based assistance, reimbursement of expenses, and a one-time matching capital grant, he said.

The Telangana government unveiled an exclusive policy on June 29 for the promotion of electric vehicles in the state.

“There will be several incentives for vehicle manufacturers, and also sops for setting up charging stations and other infrastructure. The policy has been prepared in consultations with the industry players and most of those expectations have been included in the policy,” a state official had stated before the launch.

In October 2017, when the state shared its draft policy, Jayesh Ranjan, the state’s IT and industries secretary, had revealed that the electric vehicle policy has three components — one each focussing on manufacturers, providing support to users who want to shift to electric vehicles, and on infrastructure.

A section of the policy was also to focus on electrifying public transport, including buses, taxis and autorickshaws.

After Karnataka, Telangana was the second Indian state to institute a policy for electrically powered cars.

The Tamil Nadu government is all set to come out with its startup policy in the next three months. At the same time, the state government will also launch an Innovation Voucher scheme to promote startups.

Commenting on the development, Dharmendra Pratap Yadav, the secretary of the MSME department, Tamil Nadu, said, “We want to create a support system where we can help young entrepreneurs develop and fine-tune their idea better, help them raise capital, guide them through the production process and finally marketing it. All this is critical to help them succeed. This assistance will be offered by the MSME department when they come to register themselves.”

Under the Innovation Voucher scheme, the government will provide these promising startups with small lines of credit of $2.9K (INR 2 lakhs) to $5.8K (INR 4 lakhs). The government order has been issued and funds will be disbursed. For this, the government has allotted $2.94 Mn (INR 20 Cr).

With the aim to support students and youngsters in the state, the department has also tied up with 300 engineering colleges to gain access to these students. “We want to include another 150 colleges. This will be the government’s way of setting up a state-supported incubation hub,” added the secretary.

Jammu And Kashmir To Have A Startup Policy Soon

The state of Jammu and Kashmir (J&K), India’s most troubled state in terms of law and order is now gearing up for its own state startup policy.

To implement the same, a three-member team from Invest India recently met Shailendra Kumar, principal secretary to the J&K government, industries and commerce department, along with Dr M I Parray, director of the Jammu and Kashmir Entrepreneurship Development Institute (JKEDI).

The state government and Invest India are looking to provide a much-needed boost to the state’s startup ecosystem. The first step in this direction is to formulate a comprehensive startup policy for J&K, in line with the Startup India Policy of the Indian government.

“The startup policy shall aim to foster entrepreneurship and promote innovation by creating an ecosystem that is conducive for the growth of startups. Incubation centres across colleges and universities in J&K will be established under the state startup policy,” the media report said.

The state government is also looking to establish an Intellectual Property Rights (IPR) facilitation centre at the JKEDI. A startup yatra covering all three regions of the state — Jammu, Kashmir, and Ladakh — will be held on August 27 and will see participation from college students, budding and established entrepreneurs, and innovators.

One of the newest states of India, Jharkhand, plans to set up a venture capital fund with a corpus of $7.26 (INR 50 Cr). According to a report, three societies or companies will be formed to help bring proposers under the scheme.

The VC fund can also accumulate additional funds from the market to promote startups in Jharkhand.

Additional chief secretary Sukhdev Singh said, “In order to promote youths coming up with workable and innovative proposals for a startup would get desired assistance through the venture capital fund having initial capital of Rs 50 crore. Three societies, namely Jharkhand Startup MSME Fund, Jharkhand Capital Trustee Limited and Jharkhand Venture Capital Limited would be set up. Also, an apex management body will be put in place, for which a firm named Gujarat Venture Fund Limited has been appointed.”

Going back to where we started, in view of PM Modi’s statement on increased participation of women in the Indian startup ecosystem, an important question arises: Are government’s policies relating to gender equality or rights in place for startups?

We don’t think so. As far as the buzz goes, many startups don’t even bother to have separate toilets for women in their offices.

India would do well to emulate countries like Australia, where VC firms are backing a sexual harassment code of conduct for the startup community. In this regard, Samantha Wong, a partner at Blackbird Ventures, a leading Austrailian VC writes about a “no dickhead policy” in startups.

“There has never been a better time to start a company [in Australia]. Collectively, we need to ensure that opportunity is wide open to those who seek it and that the startup community reflects the dynamism and diversity of the wider population,” says Samantha Wong, a partner at Blackbird Ventures.

“We hope to version it over time and improve on it with the input of others in the community,” said Wong.

The code has been backed by VC firms such as Startmate, Rampersand, AirTree Ventures, Square Peg Capital, and Blue Sky Venture Capital.

But India needs to get the basics in place first. According to the Thomson Reuters Foundation Survey, India is the most dangerous country for women. About time the Indian government acknowledges and does something serious to ensure safety and security for its women citizens?