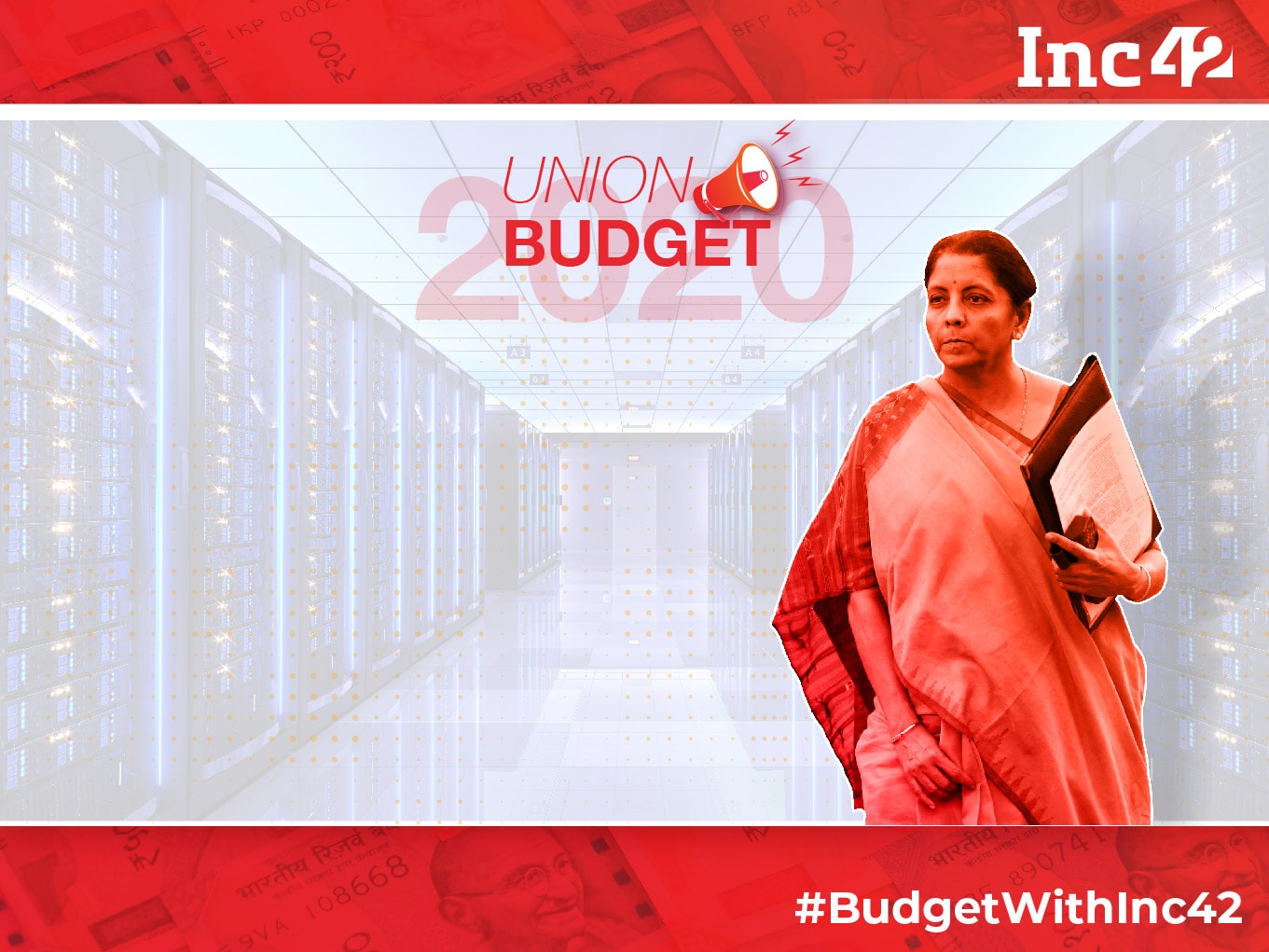 Amid criticism over faster Fund of Funds for Startups (FFS) disbursal, the finance minister has allocated INR 1054.97 Cr for FY 2020-2021.

Interestingly, out of INR 10K Cr Fund of Funds for Startups (FFS), while INR 3,123 Cr has been committed to the 47 registered AIFs, only INR 695.94 Cr has been invested in the startups. Last year, as per the revised estimate, INR 431 Cr were infused under the Fund of Funds.

The finance minister has also proposed to direct all infrastructure agencies of the government to involve youth-power in startups and expected the startups to help in rolling out value-added services in quality public infrastructure for citizens.

Meanwhile, Arunachal Pradesh, one of the North-east states has recently organised a Social Entrepreneurship Meet to understand startup equation and devise a startup policy in the state accordingly. We spoke to Himanshu Gupta, special secretary, government of Arunachal Pradesh to know the latest state-led initiatives in this regard.

Let’s take a look at the Union Budget 2020 announcements and other developments pertaining to the startup ecosystem occurred last month!

In a major relief to startups, the finance minister has extended the startup turnover limit from INR 25 Cr to INR 100 Cr for the purpose of claiming 100% tax deduction of its profits for three consecutive assessment years out of seven years.

“Moreover, considering the fact that in the initial years, a start-up may not have adequate profit to avail this deduction, I propose to extend the period of eligibility for the claim of deduction from the existing 7 years to 10 years,” said the finance minister.

While the finance minister spoke of data as the new oil, there were over a dozen data discrepancies in the Expenditure Budget for the Dept of Health & Family Welfare alone which the government has finally corrected.

The finance minister announced plans to bring out a new policy to enable private sector to build Data Centre parks throughout the country. It will enable our firms to skilfully incorporate data in every step of their value chains.

According to Sitharaman, these data centres will enable Indian firms to skilfully incorporate data in every step of their value chains. Citing that ‘data is the new oil’ is now a cliché, Sitharaman asserted the fact that data analytics, fintech and Internet of Things (IoT) are “changing the way we deal with our lives.”

In accordance with the BJP’s manifesto, Sitharaman announced plans to create a Seed Fund for startups.

“We recognise knowledge skills and risk-taking capabilities of youth. They are not job seekers, but job creators,” Sitharaman said. In part two of the government’s plan for 2020 in the union budget, the minister revealed the plans to set up a seed fund for early-stage startups.

“The government proposes to provide early life funding, including a seed fund to support ideation and development of early-stage startups,” the minister said during the presentation of union budget 2020.

However, it didn’t announce the INR 20 Cr corpus as it promised in its party manifesto. There is no separate budget allocation for the Seed Fund.

Tax Payments On ESOPs In Startups Deferred By 5 Years

In her Budget 2020 speech, finance minister Nirmala Sitharaman agreed to the fact that startups generally use ESOPs to attract and retain highly talented employees and this is a significant component of compensation for these employees. Currently, ESOPs are taxable as perquisites at the time of exercise. This leads to cashflow problems for employees who do not sell the shares immediately and continue to hold the same for the long-term.

In order to give a boost to the startup ecosystem, I propose to ease the burden of taxation on the employees by deferring the tax payment by five years or till they leave the company or when they sell their shares, whichever is earliest.

Supporting the growing adoption of new-age technologies with the increasing adoption, the union minister of finance Nirmala Sitharaman outlined plans to invest in quantum computing technologies in the Union Budget 2020.

The minister said that quantum technology is opening up new frontiers in computing, communications, and cybersecurity with wide-spread applications. “It is expected that lots of commercial applications would emerge from theoretical constructs which are developing in this area,” she said.

Hence, the minister has proposed to provide an outlay of INR 8000 Cr ($1.1 Bn) over a period of five years for the National Mission on Quantum Technologies and Applications. “India will be the third-biggest and pioneering nation if we are able to break into quantum and other computing technologies,” Sitharaman added.

During the longest-ever budget speech, Finance minister Nirmala Sitharaman announced plans that the government will develop five new smart cities under the Smart Cities initiative. According to Sitharaman’s speech, under the government’s Smart Cities Mission, there is an opportunity for maximising the benefits of three separate economic activities — the economic corridors, revitalisation of manufacturing activities, and technological demands of aspirational classes.

“We have to benefit from their convergence. Hence, it is proposed to develop five new smart cities in collaboration with states in public-private partnership (PPP) model,” she announced.

On how the government will select these cities, Sitharaman said that the sites would be chosen on the basis of their capacity to offer the best choices in terms of these principles.

Several measures will be taken for improving compliance including Aadhaar-based verification of taxpayers, announced Sitharaman.

The minister said that Aadhaar-based verification will help in weeding out dummy or non-existent units. She also said that a system of cash reward will be envisaged to incentivise customers to seek invoice.

“Deep data analytics and AI tools are being used for the crackdown on GST input tax credit, refund, and other frauds and to identify all those who are trying to game the system. Invoice and input tax credit matching is being done wherein returns having mismatch more than 10% or above a threshold are identified and pursued,” the minister added in her Budget speech.

Aadhaar, on the other hand, is a 12-digit number issued by the UIDAI (unique identification authority of India) to the residents of India after a verification process. The number is connected to citizen’s biometric data, along with their name, permanent address, and mobile number.

In a bid to help individuals across the country to get access to internet facilities, Sitharaman, during the Budget 2020 speech, announced that the government will invest INR 6000 Cr for BharatNet programme in 2020-21.

“Fibre to the Home (FTTH) connections through Bharatnet will link 100K gram panchayats this year,” the minister said.

Sitharaman said that the government’s vision is to provide digital connectivity to all the public institutions at gram panchayat level such as anganwadis, health and wellness centres, government schools, PDS outlets, post offices and police stations.

The Bahrain Economic Development Board (EDB) and the Department of Information Technology; Biotechnology; and Science & Technology, Government of Karnataka on January 24, signed a memorandum of understanding (MoU) to promote cooperation in artificial intelligence (AI), fintech and other emerging technologies to foster innovation and startup growth.

The agreement was signed at the World Economic Forum’s 50th annual meeting at Davos. It aims to help build robust fintech, AI, IoT and cybersecurity ecosystems. This means that it plans to enable startups and technology firms to engage in external partnerships with corporates, universities, research institutions, technology experts and government agencies.

Further, the MoU also aims to develop education programmes and curriculum related to fintech, AI, IoT and cybersecurity. This is expected include facilitating and enhancing cooperation between relevant authorities such as universities/research institutions, technology experts, and government agencies.