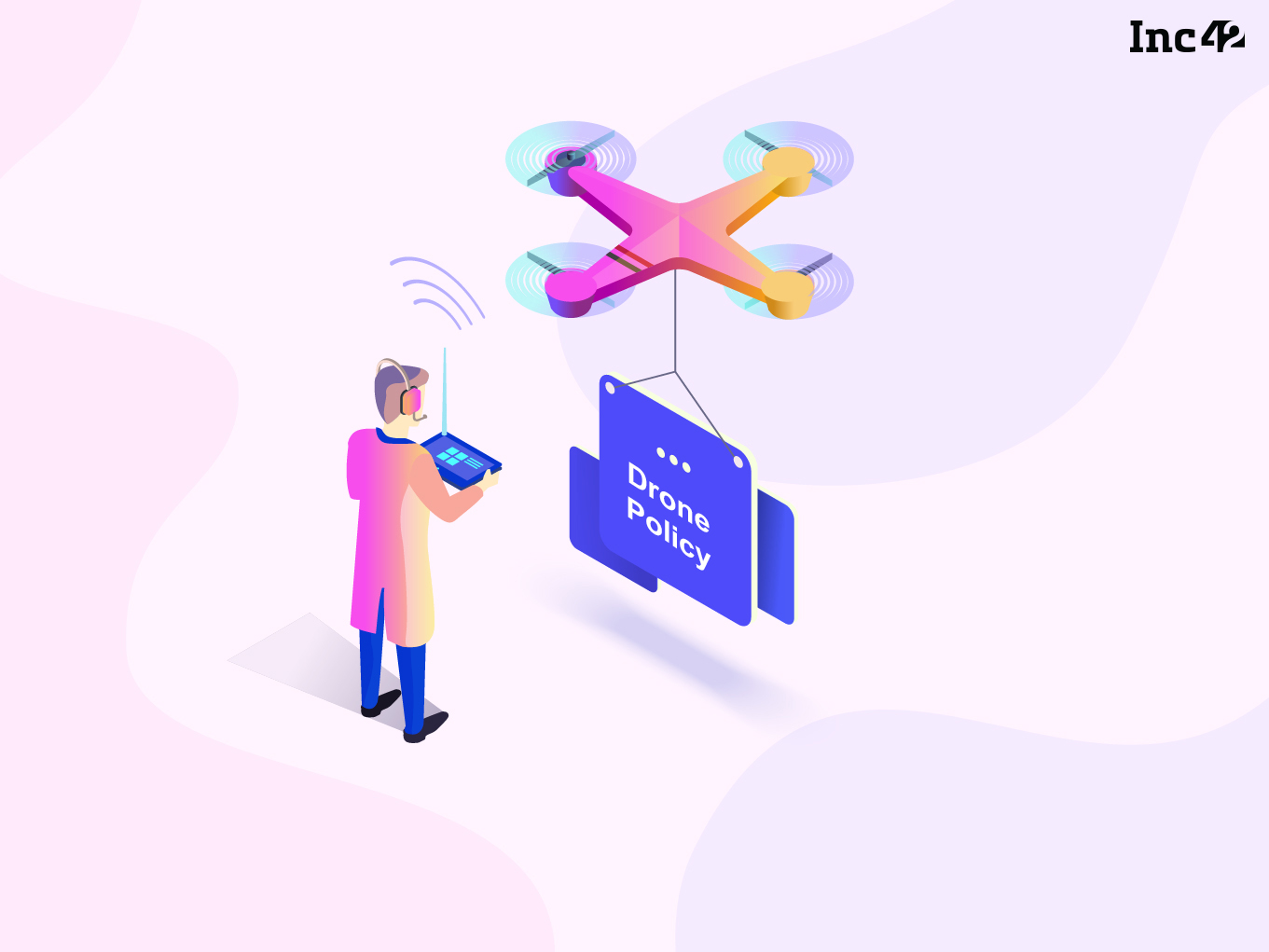 Even though Zomato may have to wait for the next policy update before it can start delivering food via drones in India, the first-ever policy for civil drones in the country came into effect on December 1.

The Digital Sky Platform for drones took off to a flying start with a tweet from civil aviation minister Suresh Prabhu: “Happy to announce that we are launching the Online Registration Portal for #Drone Flying Permission, #DigitalSky from TODAY. The platform is now LIVE at https://digitalsky.dgca.gov.in/.”

Until now, drones were banned by the DGCA (Director General of Civil Aviation) for civil purposes — only defence forces, law-enforcement agencies, and a few select government companies were allowed to use them.

While the tweet is sure to fuel some drone startup dreams, December looks to be an exciting month for state startup hubs as well. The Department of Industrial Policy and Promotion (DIPP) to release its much-awaited State Startup Ranking on December 20.

The DIPP had earlier released a ‘State/Union Territory Startup Ranking Framework’. States were to be ranked on an overall score of 100 across seven areas of intervention and a total of 38 action points. Karnataka, Telangana, Rajasthan, and Kerala are among the leading contenders for high ratings. Other states such as Andhra Pradesh, Gujrat, Odisha, and Madhya Pradesh have also taken commendable policy initiatives and are expecting top ratings.

While states like Karnataka and Kerala already had some initiatives in place to promote entrepreneurs, after the launch of Startup India in 2016, 18 more states, including Jammu and Kashmir (J&K), Assam, and Meghalaya, have implemented their own startup policies.

Despite the DIPP having extended its date for submission of required state policy documents as per the startup framework action points — essential for state startup rating — many states and Union Territories (UTs) including Tamil Nadu, New Delhi, and Chandigarh have not yet released their startup policies.

The Centre has already announced and implemented a host of startup-oriented policies which include extending tax exemption, patent grants, and self-certification facilities to startups.

The DIPP has so far recognised over 14K startups from 484 districts across India. The Centre also launched the Fund of Funds for Startups (FFS) scheme in January 2016 to boost much-needed funding for startups.

Let’s take a look at the startup policy developments this month:

With many parts of Delhi registering hazardous levels of air pollution, the state government has announced The Draft Delhi EV Policy 2018 to speed up the adoption of battery electric vehicles (BEVs). The policy aims to make 25% of all vehicles on Delhi roads EVs by 2023.

“This policy will also seek to put in place measures to support the creation of jobs in driving, selling, financing, servicing and charging of EVs,” the draft said.

To be notified by the Government of the National Capital Territory of Delhi (GNCTD), the draft policy will remain valid for five years (2018-2023) from the date of notification.

As per the policy, owners of two-wheelers that are not BS-IV certified will get an incentive of up to $212 (INR 15,000) for scrapping and deregistering their vehicles. Further, buyers can avail an incentive of INR 11,000-22,000 per vehicle for specific vehicle categories (high powered vehicles with advanced batteries).

The Delhi government has also committed to introducing at least 1,000 pure electric buses by 2019. This is aimed at making 50% of the public transport bus fleet zero-emission by 2023.

The Securities and Exchange Board of India (SEBI) has issued a fresh circular regarding Indian alternative investment funds (AIF) in International Financial Services Centres (IFSCs).

AIFs (any fund established or incorporated in IFSCs in the form of a trust or a company/LLP or a body corporate) can register under the provisions of the SEBI AIF Regulations, 2012, said the circular. Each scheme of the AIF must have a corpus of at least $3 Mn and the AIF can’t receive an investment of below $150K from an investor.

With a view to further boost Kerala’s startup ecosystem, the Kerala Startup Mission (KSUM) has invited a Request for Proposal (RFP) from SEBI-accredited Alternative Investment Funds (AIFs) under its Fund of Funds scheme.

The idea was to invest in selected AIFs via the state government’s flagship Fund of Funds scheme and, in turn, enable them to invest in startups from Kerala and thus meet the fund requirements of fledgeling technology startups.

Using the Kerala Startup Corpus Fund, seven investments have been made in Kerala-based startups — this includes Genrobotics, which developed a robotic system (Bandicoot) for manhole and sewer line cleaning.

Both the central and state governments have launched startup policies and taken many initiatives. However, are they enough? Also, how well have they been implemented? The new Digital Sky Platform, last checked (Wednesday evening), was already down for maintenance — and it’s just been launched! Shouldn’t the government get its tech act right first?