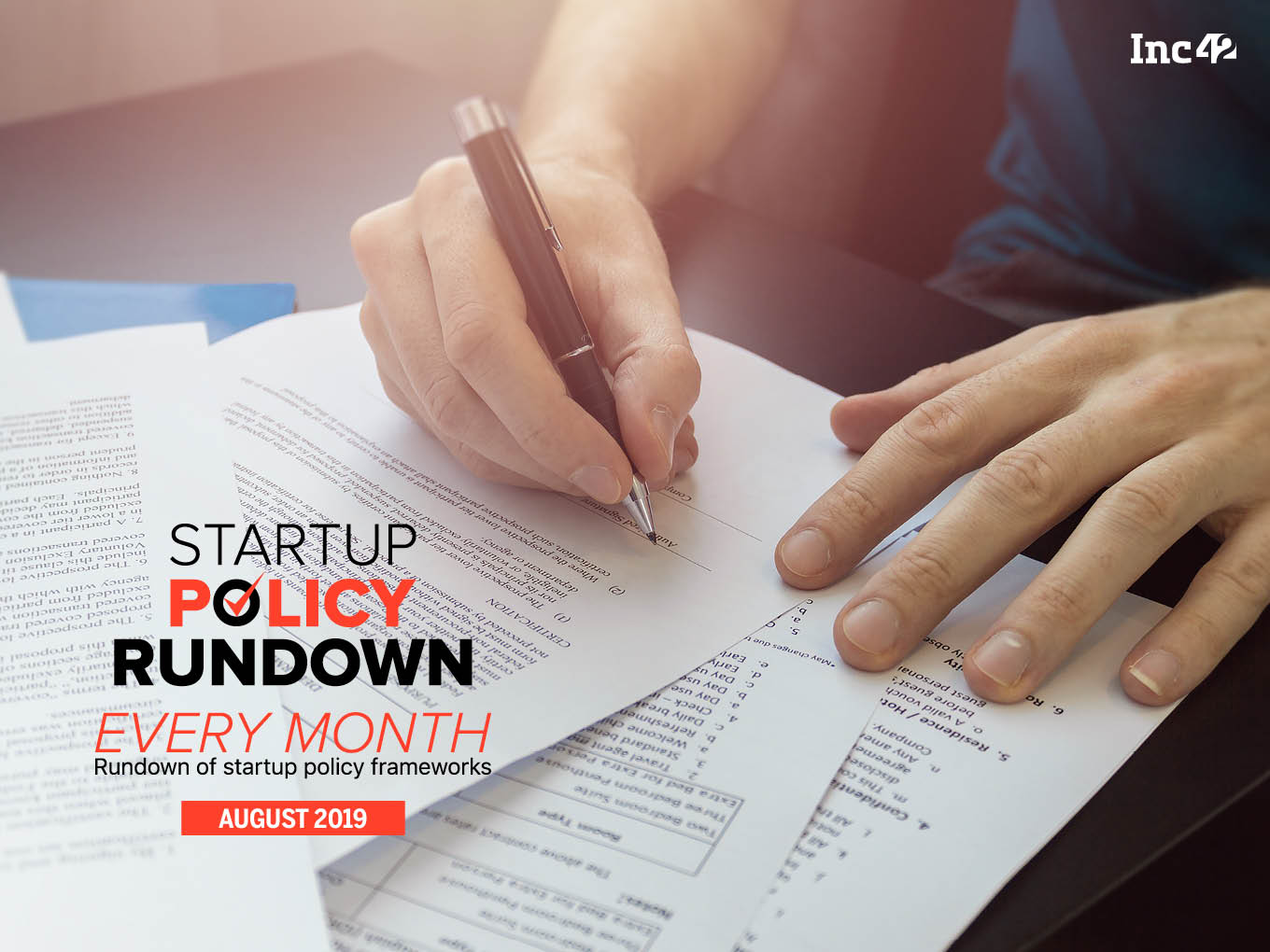 All tax notices will be disposed of within three months from the date of response, says FM

Having moved up 29 places, from 81 in 2015 to rank 52 in 2019 in the Global Innovation Index, and as the Indian government aims to take India in the top 30 by 2022, the finance minister recently announced a slew of measures to make it easier for businesses to resolve tax disputes. This includes the much-awaited abrogation of angel tax, and other tax-related issues which will not be put on a fast track to resolution.

Meanwhile, new Karnataka chief minister BS Yediyurappa has lauded Congress government’s policies pertaining to startups in the state. Speaking at an Awards Forum, the chief minister said, “Our government has adopted a unique approach to ensure Karnataka remains the leader in innovation. This includes the focus on skilling, developing global alliances and supporting startups. Hand-holding startups has been the cornerstone of the state’s policy. We were the first state to come up with the Startup Policy in 2015 and have come a long way since then.”

The state government has opened 1.25 lakh sq ft incubation space across Karnataka to provide subsidised working space for entrepreneurs. “Through our funding programs such as ELEVATE, we have funded 264 startups, amounting to INR 62 Cr,” he added.

Goa has certified a total of 17 startups and announced incentive disbursement worth INR 82 lakh was approved for 13 certified companies, said state information technology minister Jeniffer Monserratte during a meeting of the high-powered committee chaired by the chief minister Pramod Sawant.

Let’s take a look at the startup policy rundown this month!

“All notices will be disposed of within three months from the date of reply. No assessee will have do anything after three months once he has given the reply,” – Nirmala Sitharaman

Amid ‘an unprecedented economic slowdown’ as NITI Aayog vice chairman called it, finance minister Nirmala Sitharaman has announced a slew of measures to bring startups and funding back on track. Announcing the abrogation of angel tax for DIPP-listed startups, SItharaman said, “To mitigate the genuine difficulty of startups and their investors. It has been decided that Section 56(ii)(viib) shall not be applicable to DIPP registered startup.”

Directly taking on the claims of tax terrorism, she said, “It has also been decided to constitute a dedicated cell under a member of CBDT for addressing the problems of startups. A startup having any I-T related issue can approach the cell for quick resolution of the problem.”

In line with Sitharaman’s announcements, the central board of direct taxes (CBDT) has also issued a consolidated circular consisting of all the clarifications on the tax issues hurting the Indian startups, including the angel tax. These guidelines were issued to ensure that the startups recognised by DPIIT will not face any action.

In addition, the cases against startups registered with DPIIT will be dropped and the review officer will do a follow-up. The circular was issued to ensure that the startups are benefiting from the angel tax relaxation and exemption.

The chief secretary of Nagaland, Temjen Toy has launched the Startup Nagaland portal. The Nagaland startup portal has been developed to enable startups from the state to register online and apply for recognition under ‘Startup Nagaland’ by logging in to the portal.

Toy has also announced plans to launch a 100-seater incubation centre that will provide ready-to-use high-speed internet bandwidth, plug-and-play facility, easy-to-access STPI portal, access to software export and import facilities. The portal is expected to show all the incentives and programmes available under the state startup policy.

Toy said that it was the right time and the right initiative to introduce the portal by providing the most enabling ecosystem to support and nurture startup entrepreneurs in the State as youth needed mentorship and guidance.

Telangana Partners With Google For Inclusive Digitisation Through Telugu Content

Google has signed a MoU with Telangana to localise official web and governance content. Under this MoU, Google will work to help digitise the state government’s content in Telugu using digital publishing tool, Navlekha. The digitisation is expected to help common citizens access information and services on government websites in local languages better.

Moreover, Google will also collaborate with the state government to support its digital literacy vision and aid in the overall digitisation agenda of the state. Prior to this, Google has been collaborating with Telangana government for the rollout of a number of initiatives aimed at bridging the digital divide, mentoring local startups, and enabling small and medium businesses to gain from the internet.