Meet The Five Finalists Of The Startup India-WhatsApp Grand Challenge

Meet The Five Finalists Of The Startup India-WhatsApp Grand Challenge 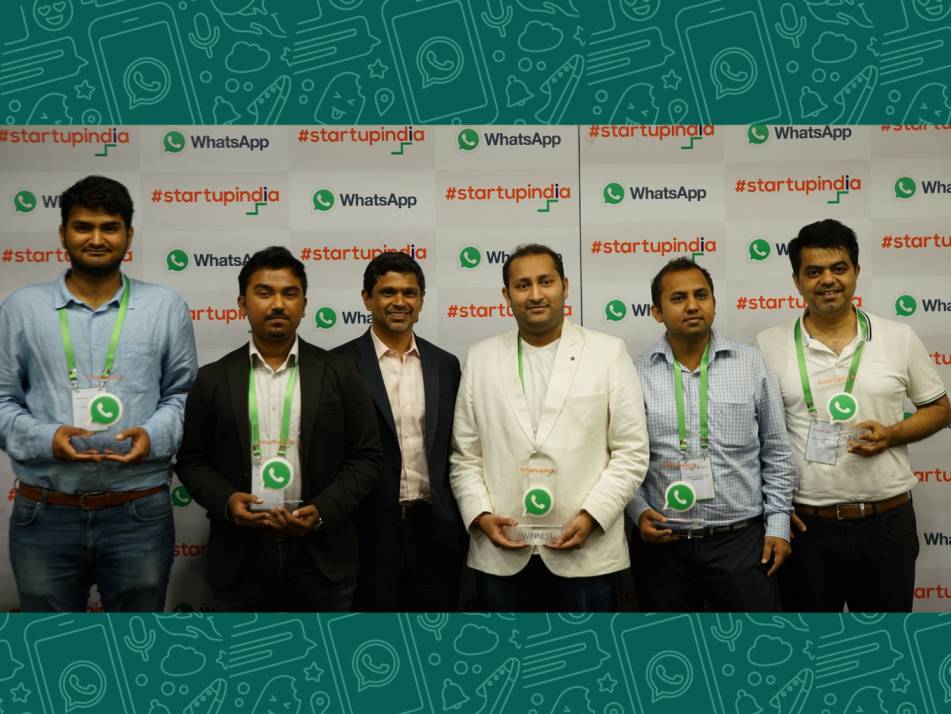 As a part of the Startup India-WhatsApp Grand Challenge, five Indian startups were granted $50K each at the Live Pitch Day conducted today on June 18.

Speaking at the event, WhatsApp India head, Abhjit Bose said, “There are many forms and areas in which WhatsApp can and will invest in the Indian ecosystem. One of which is helping empower and scale India’s innovation through home grown startup ecosystem, which we launched WhatsApp Startup Grand Challenge.”

Further, Ramesh Abhishek, secretary, Department for Promotion of Industry and Internal Trade (DPIIT), in his opening remarks, stressed on the importance of startups in strengthening of both economy and society. He also said added that the government is committed to simplifying the business ecosystem to support the growth of startups in India

The company claims to have reached users in 2K villages with online health profiles managing medical records for over 700K patients, and have onboarded 325 doctors. The company plans to use this funding for product development, expansion, marketing and strengthening their data intelligence platform.

Catering to over 140 brands and MSMEs globally, the company claims to have reached more than 3Mn views across 200 countries.

Melzo differentiates itself by offering an array of features including content discovery, creation, viewing, a chat bot for interactivity, and live streaming support. The company has partnered with companies such as Cult.fit, Taj Hotels, Reliance Jio, and the Gateway chain of business hotels. Melzo said it would use the funding to expand its operational capabilities to partner with more capital intensive clients such as sports telecasters, which will involve bigger ticket sizes.

Founded by Parthasarathi Sinha. Javis is a WhatsApp-based conversational AI platform that provides users with the right information to speed up the business processes. Built on the WhatsApp Business API, the platform claims to have received an average of three to four individual queries per day and currently has 1.5K active users.

The company also claimed to be rolling out its system to 15K footwear outlets by July 1, and is in talks with other big enterprises who can afford the WhatsApp Business API. Javis primarily earns revenue through a B2B model, where entreprises incorporate its system to efficiently drive their operations.

Indore-based Gramophone was founded by Tauseef Khan, Nishant Vats, Harshit Gupta, and Ashish Rajan in 2016. It is anagritech platform providing agronomic intelligence to farmers, aiming to become a one-stop for all agricultural input needs to help farmers optimise the output.

The company claims to have helped farmers reduce cultivation costs by 15-20%, and increased their production by more than 30%. Gramophone had earlier raised a Pre-Series A round from Info Edge and said it is in the process of closing its Series A round this month.

The Bengaluru-based company claimed to have helped businesses save 12-16% on their annual electricity costs. The company counts companies such as OYO, CISCO, Fortis, Cowrks, and Saudi’s Aramco as its clients.

In October 2018, national investment facilitation agency Invest India and WhatsApp partnered to launch the challenge, which focussed on fueling the growth of India’s entrepreneurial and small business community through innovative and purpose-built solutions.

Since its launch, WhatsApp claims to have received over 1.7K applications from across 25 Indian states. These applicants are solving for diverse challenges ranging from environmental problems, healthcare management for chronic conditions such as diabetes, hypertension etc, or improving the quality of work for blue-collared workers.

Around 70% of the applicants for the challenge are said to be early stage startups which means they are either less than three months old or have been in prototype/validation stage. From among the applicants, ten finalists were selected to pitch at the Live Pitch Day today (June 18).