In A Talk With Entrepreneurs, Modi Says 45% Of Startups Founded By Women, Elaborates Achievements Of Startup India Initiative 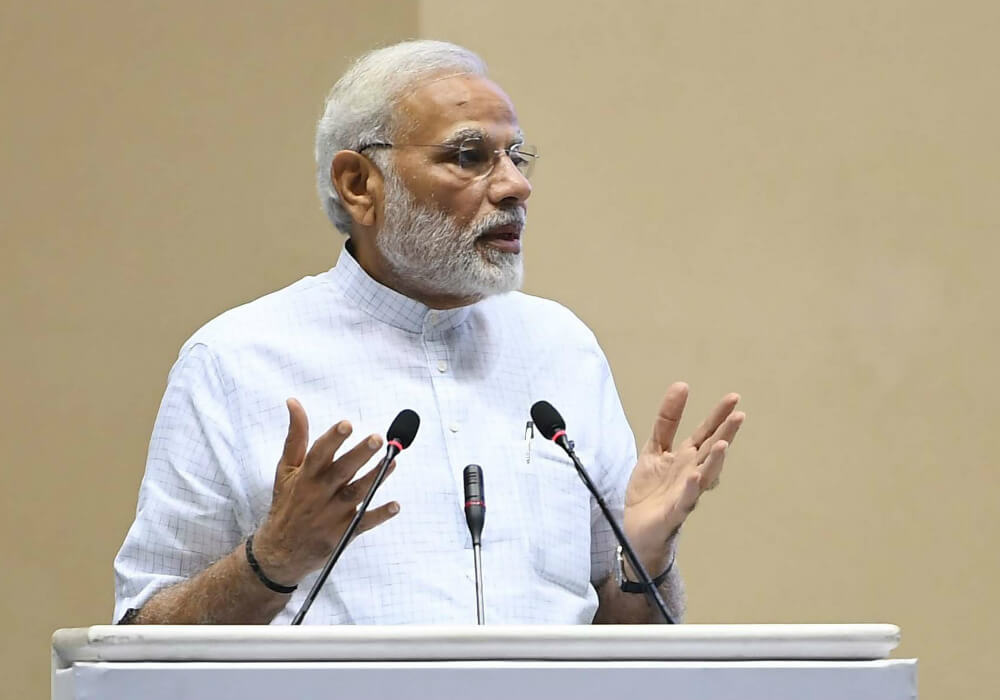 In line with the central government’s efforts to connect directly with policy beneficiaries, PM Narendra Modi today (June 6) spoke to entrepreneurs and startups who have benefited from the Startup India Policy. PM Modi had previously connected with the beneficiaries of Ujjawala Yojna and Pradhanmantri Awas Yojna through the NaMo App.

Interacting with the entrepreneurs through NaMo App and other media, PM Modi said, “The government has tried to bring the startup innovation culture down to Tier II and Tier III cities and even to rural areas, which was so far were limited to Tier I cities only.”

PM Modi stated, “India is a young country where 65% of the population is aged less than 35 years, and we are enabling them to think of innovative solutions. Further, we have tried to localise the startup innovation culture and you will be surprised to know that till now 44% of the startups are found in Tier II and Tier III cities, today. These startups have been founded across the 419 districts of India. Moreover, almost 45% of the startups are founded by women entrepreneurs.”

“For any startups, three factors are essential — capital, courage, and connection. And, under the Startup India campaign, we have tried to address all the three. The government has taken a host of initiatives under the Startup India policy to address startup issues at every level. For instance, for funding, we have already disbursed over INR 1200 Cr to the AIFs under fund of funds. The $1.5 Bn (INR 10,000 Cr) fund of funds will pave the way for $15 Bn (INR 100K Cr) funding to the startups.”

PM Modi, while listening to startups founders’ innovation stories, also said that a number of processes have been eased and hurdles have been removed to smoothen journey for startups. For instance, the number of trademark filing forms have been reduced from 75 to just eight. A subsidy of 10% is also extended to startups filing for trademarks. Similarly, over 50% of the patent cost is borne by the government. “We have registered a three-fold increment in the number of patent registrations recently,” said Modi.

The government has also constituted the Startup India Hub to address startup concerns and reply to queries. The Hub has addressed more than 81,000 queries so far, he said.

Talking about the recent initiatives taken under the Startup India policy, the Prime Minister said that the Atal New India Challenge was being organised where winners would be awarded INR 1 Cr and INR 30 Cr would be provided in funding.

“India Hackathon is also being organised to encourage the digital ecosystem in the country. I have also spoken to the Singapore PM in this regard and you will be delighted to know that in 2018-19, the hackathon will be jointly organised by India and Singapore,” Modi informed the entrepreneurs.

To localise the Startup India culture, the government has been encouraging the states to make their own startup policies, which many of them have already done and implemented. The Department of Industry and Policy Promotion (DIPP) has also come up with a framework for the State Startup Ranking project on which the startup ecosystem of each state will be ranked. The idea is to highlight the areas in which each of states needs to work and can learn from each other to grow the startup ecosystem.

The government has taken a number of steps to encourage and strengthen the startup ecosystem in the country — from tax exemptions, funding support, and funding for intellectual property, to acceleration programmes under Atal labs.

While these initiatives have benefitted thousands of startups already, many entrepreneurs claim that the process to avail of these facilities is tedious and can take years. “For instance, tax exemption is decided by a committee formed by the DIPP. The committee has to interview each and every startup to decide whether it is eligible for the exemption or not. This is cumbersome,” a startupper told Inc42.

Another direction the government needs to look at is strengthening education. For instance, the premier government-run institutions IITs and IIMs have been at the forefront of supplying necessary talent to startups. However, for the past couple of years, while new departments have been added,  there aren’t adequate teachers in the existing core departments at these institutes.

“About 47% to 73% of the faculty positions have been lying vacant for the last few years. Instead of hiring faculties, the AICTE recently changed its regulation of teacher requirement from 15:1 to 20:1 (students:teachers). This is shocking. It will not help the innovation culture in the country, as speculated. Funding for seminars to present research papers has also been cut,” a PhD scholar from IIT Roorkee told Inc42.

So, while the government must be lauded for taking a series of measures to promote the startup ecosystem in the country, at the same time, it needs to look at bridging such existing gaps in process and education to sustain and grow the Startup India culture.