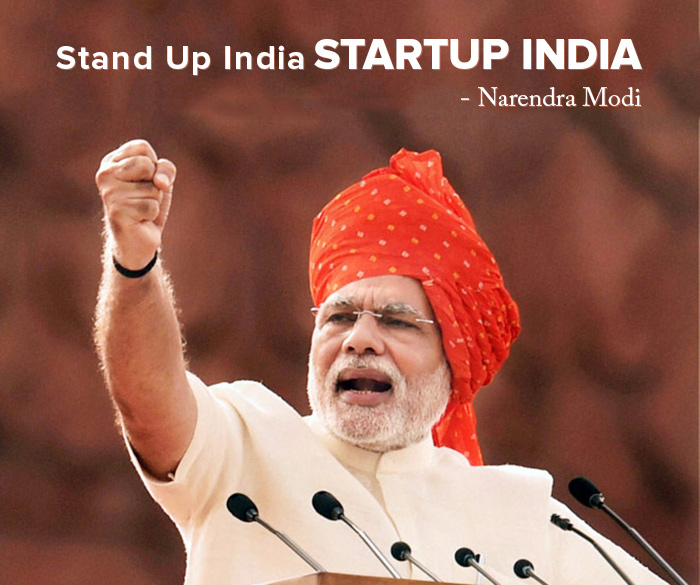 On August 15, 2015, Prime Minister Narendra Modi’s message of “Start-up India, Stand Up India” was loud and clear from the ramparts of the Red Fort, and still echoes in the Indian startup ecosystem. After a long hiatus, on January 16, 2016 at Vigyan Bhawan, Modi aims to act upon his message by unveiling the full action-plan of ‘Start-up India Stand Up India’ in an event. The event will see the participation of all major higher educational institutions online.

“On August 15, I had made an initial mention of ‘Start-Up India Stand Up India’. After that it has been discussed in all government departments. Can India become the start-up capital of the world? On January 16, the government will launch the full action-plan of ‘Start-up India Stand Up India’. I will come before you to discuss this in detail and would welcome your suggestions. I would request the state governments as well to take this forward,” said Modi in his Mann ki Baat programme on All India Radio, in December 2015.

In his 20-minute address, Modi said the government would design the programme according to the needs of the country. He also stressed that it was wrong to assume that talented people were not limited to cities alone and that’s why the ‘Start-up India, Stand-up India’ should not be limited to only some cities but spread across every nook and corner of the country. Towards this, he also urged the states also to push this campaign, full details of which will be unveiled on 16 January.

The event will be attended by more than 1500 people, where Modi will be announcing the startup Action Plan. Global leaders, entrepreneurs and venture capitalists including Masayoshi Son (Founder and CEO, SoftBank), Travis Kalanick (Founder, Uber) will be special guests.

The who’s who of the Indian startup ecosystem are making a beeline for the event. Are you interested in being a part of this significant event? Inc42 is giving away ten passes.

Interested startups can apply here. Applications closes tomorrow (6th January) at 3 PM and the winners will be announced by 12 PM (7th January). So #StartupIndia, stand up and apply!