Wharton India Startup Challenge to be hosted on January 4, 2019 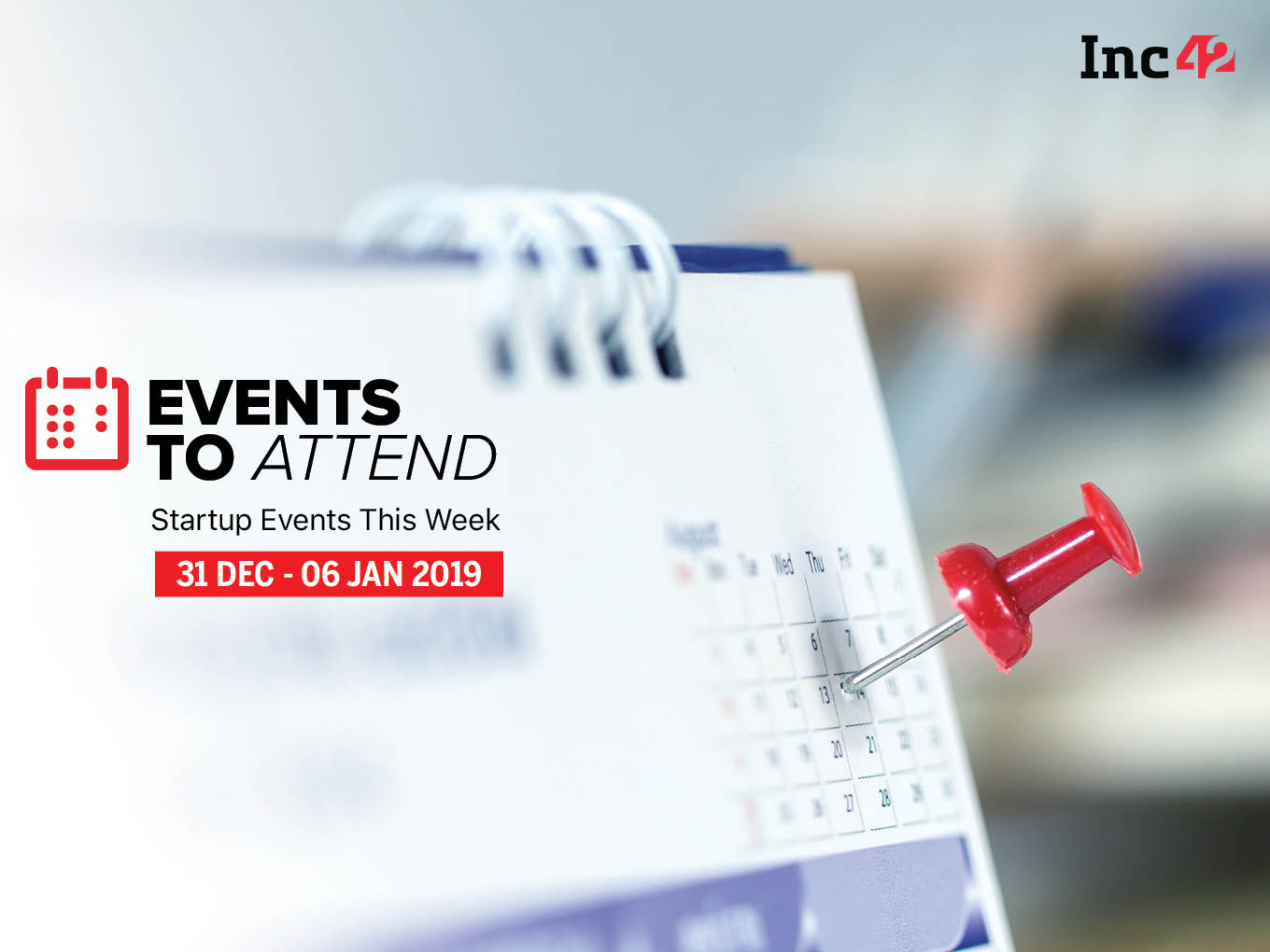 Now, without further delay, let us take a look at the startup events in the coming week. Mark your calendars!

The event will be conducted over two rounds, following which, 20 startups will be selected for the Pitch Day. For the first round, startups will be submitting their ideas and business plan online which will be reviewed by panel of experts including entrepreneurs and VCs who will select the semi-finalists.

For the second round, the semi-finalists will be given a 30-minute time slot to present their ideas to judges via teleconference which will decide on the top finalists.

During the Pitch Day, the top 10 finalists will get an opportunity to pitch live before panel of judges while the top 20 (including top 10) will get to exhibit their startups at the event.

The WISC 2018 which was conducted in January had recorded over 500 applicants from 24 cities across the country.

Who Should Attend: Startups, entrepreneurs

Inc42 will begin the new year with positive discussions and goals as it is set or host the fifth edition of Founders Meetup revolving around the idea of Startup Resolutions for 2019. For this edition, about 50 startup founders and hustlers are expected to participate in an evening of networking where they will share their goals for 2019.

The agenda continues to remain sharing knowledge, discussing the challenges and interacting with the other peers.

To Be Attended By: 50 startup founders and CXOs from various industries & sectors.

Stay tuned for the next edition of Events to Attend!