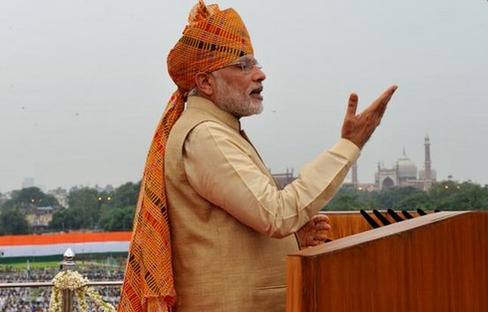 ‘Start-up India Stand Up India’, the new initiative that Prime Minister Narendra Modi had spoken about on Independence Day this year, will finally be kick-started on January 16. The government will formally launch the initiative in an event that will see the participation of all major higher educational institutions through online connectivity, said Prime Minister Modi  in his Mann ki Baat programme on All India Radio.

Said Modi, “On August 15, I had made an initial mention of ‘Start-Up India Stand Up India’. After that it has been discussed in all government departments. Can India become the startup capital of the world? On January 16, the government will launch the full action-plan of ‘Start-up India Stand Up India’. I will come before you to discuss this in detail and would welcome your suggestions. I would request the state governments as well to take this forward.”

The initiative is not just aimed at the IT or digital world, but also is geared to bring bigger opportunities for young people across the country, be in manufacturing, service sector or agriculture. The program aims to assist people starting new business ventures, especially those that involved innovation. Institutions including the Indian Institutes for Technology, Indian Institutes of Management and central universities, NITs will be connected live through this scheme.

In his 20-minute address, Modi said the government would design the programme according to the needs of the country. He also stressed that it  was wrong to assume that talented people were not limited to cities alone and that’s why the ‘Start-up India, Stand-up India’ should not be limited to only some cities but spread to every nook and corner of the country. Towards this, he also urged the states also to push this campaign, full details of which will be unveiled on 16 January.

The campaign has been much in the news as it aims to promoting bank financing for startup ventures and offer incentives to boost entrepreneurship and job creation. In September, President Pranab Mukherjee had also called upon the young technologists to aim at becoming entrepreneurs in order to make ‘Startup India, Stand up India’ campaign a success.

According to the World Bank’s Doing Business Report 2016, India moved up nine spots in the starting a business category to 155, but slipped six spots in terms of ease of accessing credit to 42. This means that it has become more difficult to get loans in India, especially for startups and the medium and small scale enterprises.

The government has been undertaking a number of steps in this regard. Four days after Modi’s Independence Day speech, Finance Minister Arun Jaitley had launched two funds by the Small Industries Development Bank of India (Sidbi): India Aspiration Fund for startups with the LIC as partner and co-investor, and Sidbi Make in India Loan for Enterprises (SMILE) to provide soft term loans and loans in the nature of quasi-equity to small enterprises.

Similarly, in a bid to boost the rural economy, the government has launched the Startup Village Entrepreneurship Programme to foster 1.82 lakh entrepreneurs over a period of four years, in 40 blocks across 14 states. As part of this programme, the states undertake the initial baseline and market potential study of their respective blocks with help from the approved Programme Implementing Agency for fostering startups and taking care of the financial aspects for the entrepreneurs.

Additionally, in a bid to make the environment more conducive for startups, the Government is also considering proposals submitted by the ministry of communications and information technology on tax exemptions on stock options given to employees by startups, on capital gains that are invested in new ventures and those made from investing in new firms.