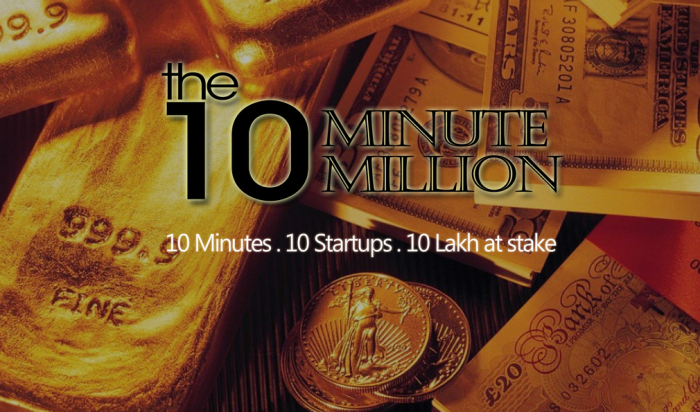 IIT Bombay’s Entrepreneurship Cell has announced on-the-spot funding event The 10-Minute Million for early stage startups. The event will be held at IITB on 1 Feb 2015 as a part of the entrepreneurship summit.

The competition gives the top 10 startups a chance to pitch in front of a panel of India’s top angel investors including 5 of which have already confirmed their presence at the event. The investors who will be present during the event include Ajay Pandey, Vijay Talreja, Bharat Banka, Aniruddha Malpani and Ajeet Khurana.

The process begins with online form submission by startups. Out of the applications, top 10 startups would be selected and invited to IITB to participate in the next round of the competition wherein startups would be given 5 mins to present themselves and 5 mins for the Q&A round followed by an on the spot decision on the funding.

All 10 startups stand the chance to win INR 10 Lakh in funding.

IIT Bombay, the corporate partner, is holding the event in association with Society For Innovation And Entrepreneurship (SINE), and Termsheet.io as the Platform Partner.

To apply for the competition visit E-cell Website or Termsheet.