FanCode will now be live-streaming NBA games in India 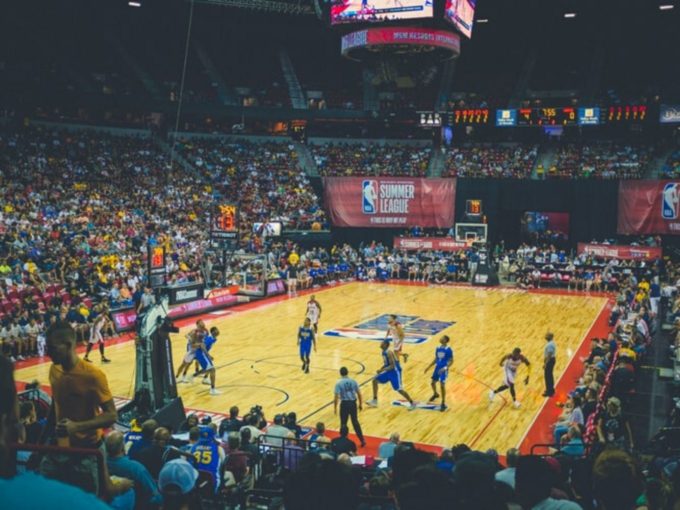 Sporta Technologies-owned FanCode signed a deal with the National Basketball Association (NBA), which is one of the world’s most premium sports brands to live-stream NBA games in India. Sporta is also the parent company of Dream11, the popular fantasy sports and gaming platform.

According to Mint report, this is the company’s first live-streaming partnership in the country and comes at a time when the NBA is looking to spread awareness about the game in a bid to increase basketball’s popularity in India. The association held its first-ever official match in Mumbai last month.

Rajesh Sethi, the India managing director of NBA said that this collaboration will further help the brand to connect with millions of fans in the country. Also, with the demand for the NBA content gradually growing in India, the company believes in offering its fans a new and personalised experience to connect with the NBA game.

Yannick Colaco, the cofounder of FanCode reportedly said that the company is excited to partner with the NBA, where the basketball fans will now get to watch special coverage of the NBA game, including live-streaming of all the best games, scores, features, news coverage and fantasy research.

Launched in March 2018, FanCode is owned by Sporta Technologies, which is also the parent company of Dream11, the fantasy gaming platform, which turned unicorn earlier this year. Currently, the platform has over 10 Mn app downloads. The live streaming of the games will be similar to that of the fantasy gaming on Dream11.

On the other hand, SonyLIV and Hotstar are already upping the ante by capturing the streaming of live sports matches in the country, including cricket and football. Uday Sodhi told Inc42 that the SonyLIV app had recorded its highest number of concurrent users at 7 Mn to 8 Mn and counted 70 Mn users in total, during the 2018 FIFA World Cup. Hotstar, on the other hand, had 150 Mn users last year during the Indian Premier League T20 final match.

According to the PwC report, the Indian OTT market is expected to reach INR 11,977 Cr by 2023, growing at a compound annual growth rate (CAGR) of 22.6%. Interestingly, as per eMarketer report, the homegrown video streaming platforms, Hotstar leads India’s OTT market with over 40% market share of active users. Followed by SonyLIV, JioTV, Aitel TV. At present, more than 30 OTT players are battling for sports rights in India.