Truebil was founded in 2015 and counts Kalaari Capital, Inventus Capital, Kae, Shunwei Capital, among others as investors 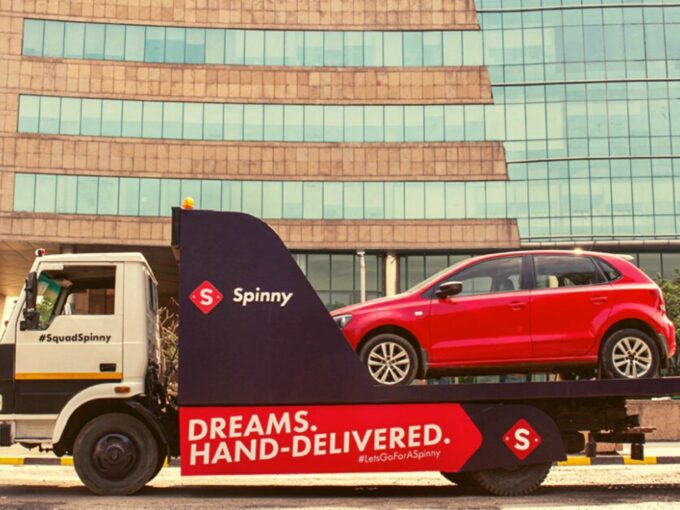 Gurugram-based online used car platform Spinny, on Thursday (August 6), announced that it has acquired rival Truebil for an undisclosed amount. The acquisition comes at a time when the used car market has gained momentum due to a change in personal transport preferences due to Covid.

Truebil cofounder and CEO Suraj Kalwani said in a press release, “We realised that by augmenting each other’s capabilities, we could accelerate towards building the country’s largest and the most trusted used car brand.”

Truebil was founded by Kalwani along with Himanshu Singhal, Rakesh Raman, Ravi Chirania, Ritesh Pandey, Shanu Vivek, and Shubh Bansal in 2015 as an omnichannel marketplace for pre-owned cars.

With operations in Mumbai, Bengaluru, and Delhi NCR, and Truebil was clocking INR 250 Cr+ in annual sales before the Covid outbreak. The company had raised close to $24 Mn in the course of five years, including $ 4 Mn in debt funding from investors such as Kalaari Capital, Inventus Capital, Kae, Shunwei Capital among others.

Commenting on the acquisition, Spinny cofounder and CEO Niraj Singh said in a press release, “Given Spinny is still in its early days, we will let the Truebil platform keep operating as an independent brand for now. We will reassess merging within the Spinny brand umbrella after some time.”

With this acquisition, Spinny becomes the only used car startup in India which follows a full-stack retail platform model and operates on the organised side of the market.

Industry trends suggest that the used car segment is poised for growth owing to the Covid-19 crisis, with consumers preferring to use their own transportation.

The trend is similar across the world in the used car segment. US-based online used car player  Carvana saw a $1.12 Bn spike in its revenue from $986 Mn in the year-ago quarter largely riding on the sales during the pandemic. “With coronavirus we’ve seen an additional shift in desire to purchase vehicles online,” said Carvana CEO Ernie Garcia, whose company has grown by triple digits for six years running.

Meanwhile, Cazoo, an online used car retailer announced a new funding round of $116 Mn in March making it the fastest unicorn in the UK.