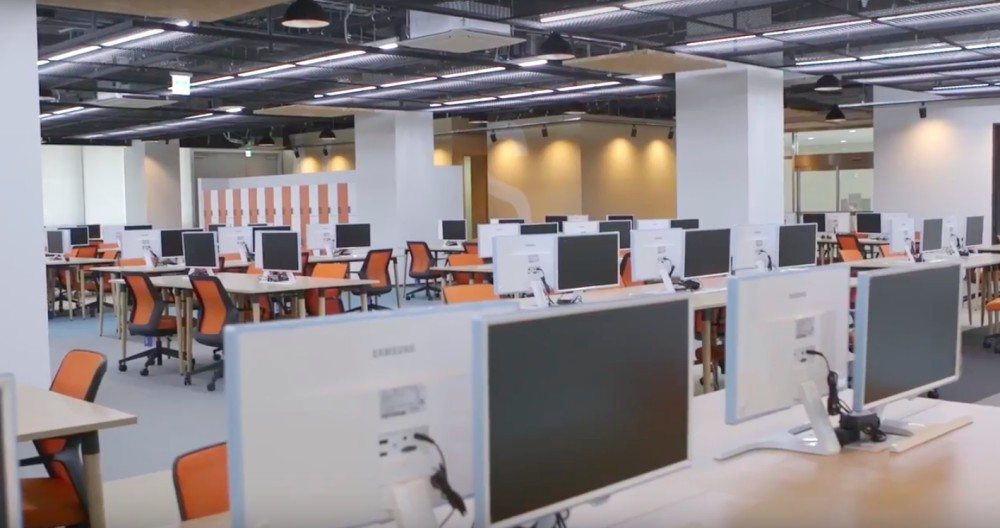 The  Korea’s Ministry of Science, ICT and Future Planning, and NIPA (National IT Industry Promotion Agency), as part of the Government’s Creative Economy initiative, has announced the launch of K-Startup Grand Challenge programme. The programme will select 80 startups who will visit Korea for a week, where they will be pitching following that 40 of them will be selected to participate in three month acceleration acceleration program in Pangyo.

The core objective of K-Startup Grand Challenge is to promote the expansion of an open entrepreneurship ecosystem in Asia and to assist in South Korea’s evolution into a prominent startup business hub in the region. The challenge will open gates for Indian tech startups – catering to different categories to enter the Korean market and further expand its reach to global customers.

Pangyo Techno Valley (also known as Korea’s Silicon Valley), where the shortlisted startups will be invited to stay and work, is an innovation park in the southern part of Seoul that focuses on information, biotech, cultural and fusion technology. It is said to be the country’s best ICT-based R&D innovation cluster with a total of around $4.2 Bn invested into it by the South Korean government. It houses Korea’s top 60 startups and K-Global’s 300 startups.

Under the Creative Economy Initiative, backed by President Park Geun-Hye, the South Korean government has spent more than $2 Bn each year since 2013 and plans to invest nearly $3.8 Bn by 2017 in the country’s startup ecosystem. The move comes at a time when investors from other Asian nations like China and Japan are actively investing in Indian startups.

Talking about the Indian startup ecosystem and this initiative, Caleb Kyung Hwan Lee, executive director of National IT Industry Promotion Agency (NIPA) at Korea-India SW Cooperation Center, said, “It was PM Narendra Modi’s visit to Korea last year that drew our attention to the booming startup ecosystem in India. Korea is known of its advanced hardware technology industry, whereas India has a strong software technology industry. A lot can be achieved if the two are combined.”

He added, “Korean consumers are early adopters of technology. We want global startups to look at Korea as a testing bed for the launch of their products in the Southeast Asian market.”

For its first round, K-Startup Grand Challenge will select 80 startups from applications received across the US, Latin America, European Union and Southeast Asia. The last date for application is June 14. The selection panel are primarily looking at disruptive startups from the following sectors.

One member each from the 80 startups will be invited to Korea for pitching, networking, etc. which will act an as elimination round. Out of the, 40 startups will be selected to participate in a three months acceleration programme at Pangyo. At the end of that, the government will host a demo day in December to select the top 20 startups.

Here are the benefits and prizes these startups will be awarded with: 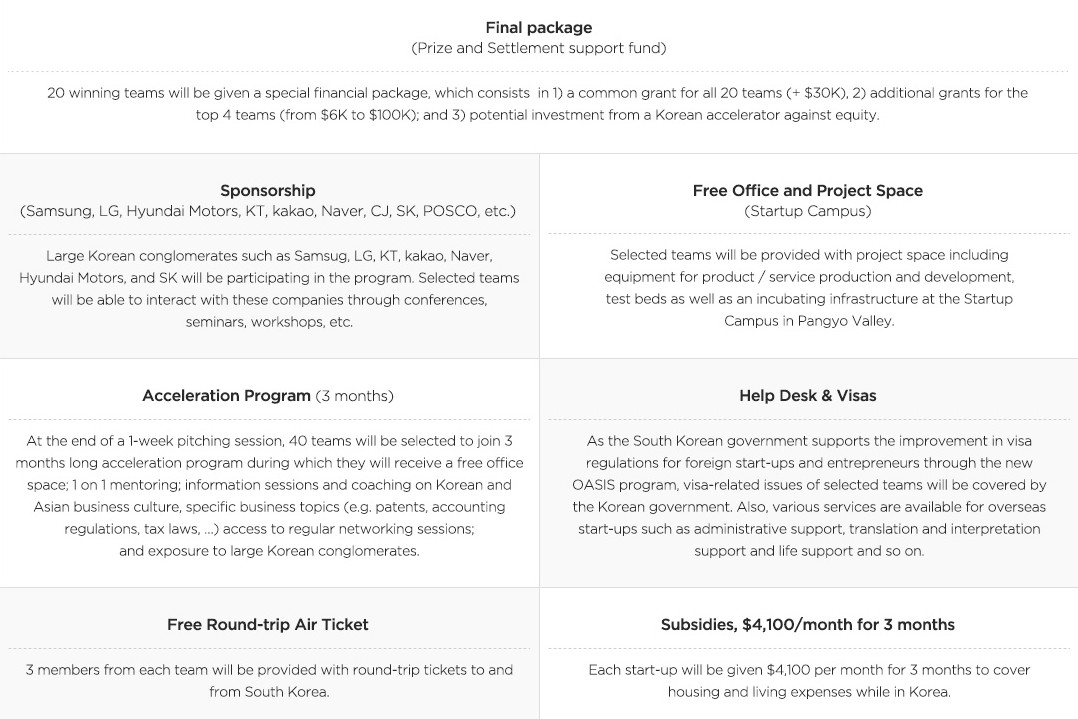