The approval has come after speculation that SoftBank would be investing $450 Mn in Swiggy at a $5.5 Bn valuation

In April this year, Swiggy raised close to $343 Mn as part of its Series J funding round 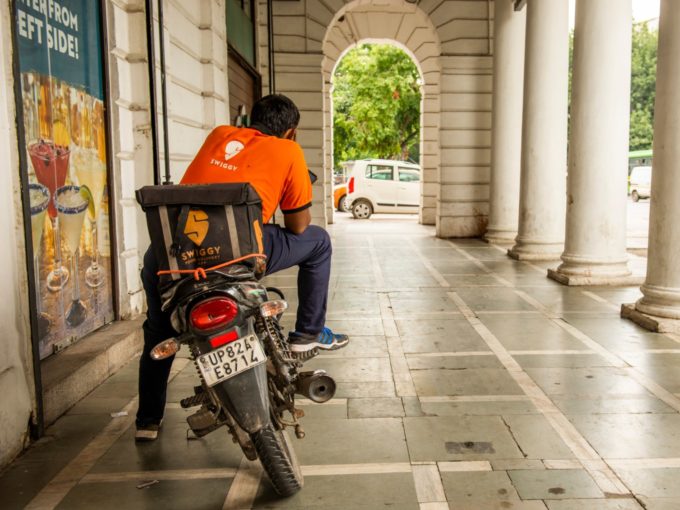 The Competition Commission of India has approved the investment by Japanese conglomerate SoftBank in food delivery giant Swiggy, as the company’s rival Zomato prepares for a high-profile initial public offering (IPO). The investment, which comes from SoftBank’s Vision Fund II (SVF2), has been in the works for many months.

While the financial details of the transaction have yet to be disclosed, the CCI approval has come after weeks of speculation that SoftBank would be investing $450 Mn in Swiggy at a $5.5 Bn valuation. It is likely that Swiggy will make a bigger push for grocery delivery and its Swiggy Genie hyperlocal delivery and courier service, though the company is yet to make an official announcement in this regard.

Earlier, SoftBank had provided the CCI with a competitive assessment of its digital payments and online advertising businesses. “The activities of the Parties’ do not exhibit overlaps in any of the plausible relevant markets in India. Therefore, the proposed combination will not lead to any change in the competitive landscape or cause any appreciable adverse effect on competition in India,” said SoftBank in its filings.

The fundraising comes at a time when India’s foodtech industry has been showing signs of recovery from the impact of the pandemic. Later this week, Swiggy’s chief rival Zomato is set to launch its IPO, where it is looking to raise INR 9,750 Cr at a valuation of $5.4 Bn.

Masayoshi Son-led investment behemoth SoftBank has revived its focus on Indian tech companies this year after a relatively quiet 2020. Earlier in the day, ecommerce giant Flipkart announced the return of SoftBank as an investor in its mammoth $3.6 Bn funding round. SoftBank had exited the company after Walmart had acquired a majority stake in Flipkart in 2018.

Besides Swiggy and Flipkart, SoftBank has also invested in fintech unicorn Zeta this year, while it is said to be weighing an investment in healthtech unicorn PharmEasy. SoftBank also backed enterprise tech startup Whatfix in its $90 Mn Series D round, which valued the startup at $600 Mn. However, Swiggy is its first investment in India’s food delivery space.

Even as the two major food delivery companies are looking for a major funding boost, the restaurant lobby and advocacy group National Restaurant Association of India (NRAI) has written to the Competition Commission of India (CCI) seeking an investigation into alleged anti-competitive practices by Zomato and Swiggy.

The NRAI said that during the pandemic, the ‘magnitude of anti-competitive practices’ of Zomato & Swiggy has increased manifold despite NRAI’s numerous discussions with the aggregators. The body also accused both aggregators of hurting small and medium restaurateurs, with many having to shut shop  ‘due to onerous terms’ imposed on them.

In its submission to the CCI on July 1, 2021, the restaurant advocacy group raised multiple issues faced by the industry including deep discounting and exorbitant commissions charged by Swiggy and Zomato.