Amid Rising Bank Debts, SoftBank’s Net Profit Has Plunged Down By 87% For April-September 2017 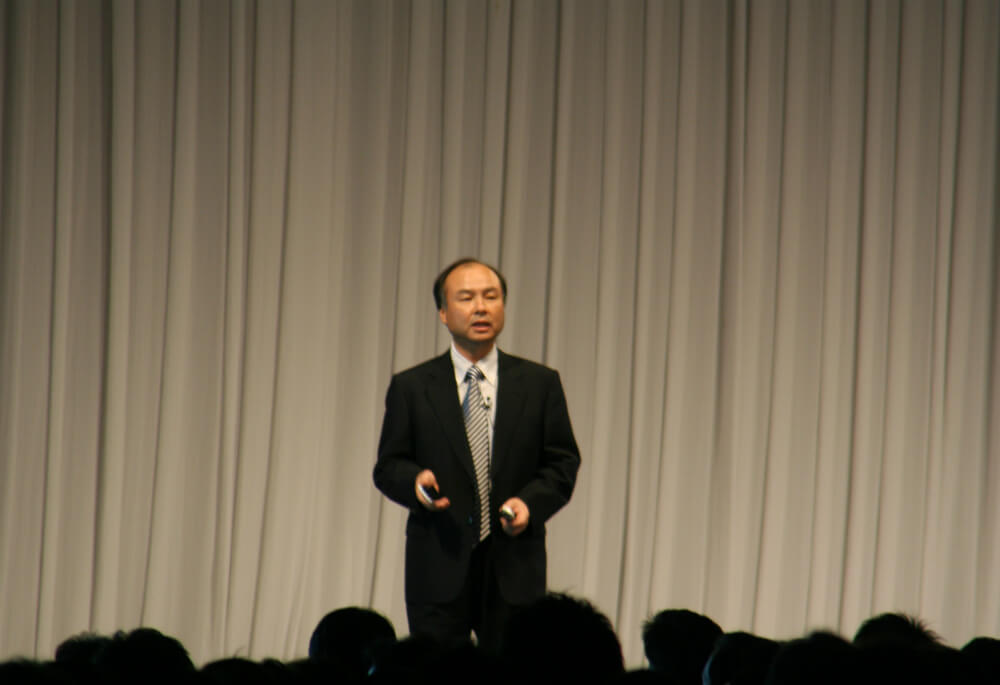 The biggest late-stage investor to Indian startups SoftBank is counting big on its largest investments in India, precisely on Flipkart, and Paytm. “Flipkart, India’s number one e-retailer has 60% share in the domestic e-commerce market and is bigger than Amazon India. It is very difficult to see someone who is bigger than Amazon,” commented SoftBank Chief Masayoshi Son while speaking to reporters in Japan, recently.

Earlier this year, SoftBank’s Vision Fund had reportedly invested around $2.5 Bn in Flipkart and $1.4 Bn in Paytm, taking its India investment figures over $5 Bn. Promoting local startups, from Didi Chuxing, Alibaba in China to Flipkart, Ola and Paytm in India, Masayoshi Son opined that after China in terms of size, India should be next, and in a market with such huge potential Flipkart has 60% market share which is a good start.

While SoftBank’s Sprint merger with T Mobile in the US and Snapdeal’s merger with Flipkart in India has fallen apart, Flipkart, Paytm, and Ola along with Nvidia are few investments where SoftBank is aggressively looking for its ‘Alibaba’ profit. Interestingly, barring Nvidia, these are the same companies locked by the former President of SoftBank Nikesh Arora for investments; however, invited huge criticism from SoftBank board then. The recent failed multi-billion deals despite Son’s all-out efforts have put a question mark on Masayoshi Son’ reputed deal maker image.

Amid rising bank debts, SoftBank’s net profit has plunged down by 87% for April-September 2017. However, the company managed to register 21% growth in operational profit owing to the Sprint-T Mobile merger talks. “Interest payments for the year ended March 2017 topped $4.1 Bn, up sevenfold in four years. That figure was one-fifth of debt-servicing costs for all of Japan’s listed companies combined, putting the company head and shoulders above second and third-place,” writes Japan’s leading daily Nikkei Asia. 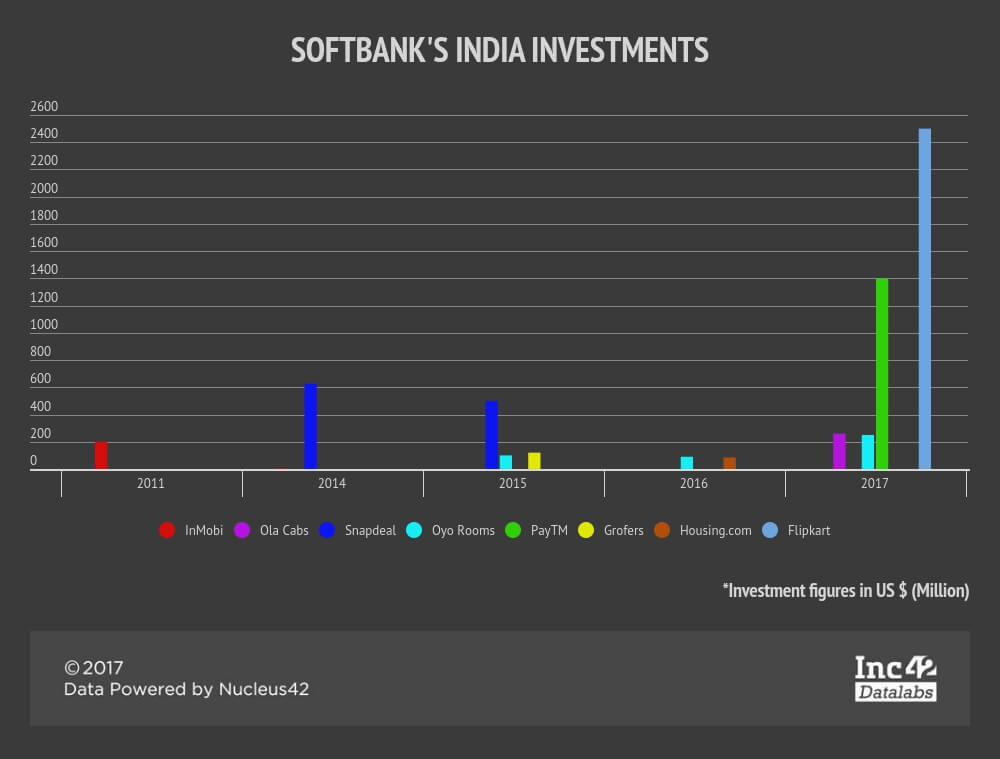 Following Alibaba model closely, Paytm has already made its presence in other countries too. The company has opened its services in Canada and Hong Kong. Talking about the Paytm, Son, stated, “In China, Alipay has been successful as a business model and Alipay and SoftBank support Paytm. Again, thanks to the Alibaba Group, we are the second-largest shareholder in Paytm.”

Paytm, for one,  benefited immensely from demonetisation marking 10x growth over the last one year. The company has now expanded its services in several verticals and horizontals including Paytm Mall, BHIM enabled payment transaction services and more. However, with Google’s Tez launch the company is set to face a bigger challenge in the money transaction space.

Flipkart, despite claiming to be number one in Indian ecommerce market, has been led to dance by global ecommerce giant Amazon. Having secured $4 Bn fund this year, Flipkart is yet to catch up Amazon on several fronts like food and grocery deliveries, prime delivery services, private label launch, new indigenous products etc. Flipkart, on a late show, has made several acquisitions and investments too; however, the results are awaited.

Unfazed by rising debts and broken-deals, Masayoshi Son is all geared up to scale up Vision Fund’s existing corpus of $100 Bn to $880 Bn. Speaking to Nikkei, Masayoshi Son said that SoftBank will build a loose network of companies that evolve, rather than simply expand, connecting entrepreneurs with different strengths and characteristics who motivate each other and share ideas. India being the prime focus of Masayoshi Son, after Flipkart and Paytm, a significant part of this hefty fund might pump up other Indian unicorns too.