We Are Working Towards A Society Where Humans And Robots Can Co-Exist: Sneh Vaswani, Founder & CEO, Emotix

We Are Working Towards A Society Where Humans And Robots Can Co-Exist: Sneh Vaswani, Founder & CEO, Emotix “For everyone who believes in ‘good technology’ and runs an AI platform, here is a question for you – Can AI be used to execute the perfect crime?” – Arun Gupta, founder of FortyTwo42 Technology Innovation Center

This rather disturbing question was asked by the moderator Arun Gupta of a panel titled ‘How Long Till Judgment Day? The Future Of AI’ on Day 2 of TiECon Mumbai 2017. The talk centred on the applications of AI in different industries and verticals such as marketing, banking, healthcare and more. And the even more pertinent question: where do we see AI going in the next five years.

The panel discussion began with a very basic differentiation of what stands for AI in the current scenario – deep learning, machine learning and specific AI such as Google’s AlphaGo, a computer that beat a grandmaster in the Korean game of GOH (difficult than chess). True AI integration would come when general AI – intelligence that would learn from itself and apply itself to different projects – became the norm.

But it was Abhinav Agarwal who provided an apt definition for specific AI as we know it today.

“I would define AI as an algorithm that would learn on its own, take feedback from the decisions that it is making and re-apply it in real time to evolve and keep learning even more.”

He then provided the example of Fluid.ai’s own algorithms that use predictive learning in real-time to figure out the best time to reach out to customers in different situations – from a snowstorm where internet connectivity is low to the busiest times of day for CEOs and entrepreneurs, increasing the likelihood of conversion to a CTA. He further added that the second layer of voice and gesture recognition and APIs sitting on top of huge amounts of data and learning decision making from that data comprise a layer to existing automation.

Deepak Sharma took up the mantle of deconstructing the ways automation (specific AI) has taken over certain mundane processes, freeing the employees to do more intelligent tasks. He mentioned that since Kotak was in the financial services industry, most of their processes were customer facing so their challenges were all about what would you build for easing the lives of customers – solution, conversation bots.

He cited HR as another instance where AI and automation have been utilised to help streamline processes. According to Deepak, the 45,000 employees in the organisation had a large HR team to connect with the employees but tasks such as onboarding new recruits, dispersing duties and adding responsibilities are all broken processes that can be automated.

Ecommerce and targeted advertising are the next core AI focus for the bank. “We have tried to use customer transaction data to predict shopping behaviour and have tied up with an ecommerce website and an ecommerce website in order to get discounts for our users for using those platforms. Apart from transaction processes, we’ve also tried to bundle products together – if a customer is flying to a particular destination, their user data can probably help us with seeing if they’d likely book a hotel too.”

Eschewing the traditional form of unsolicited advertising, they plan on using deep learning to dig into existing customer data to make a more decision/influence-based targeted campaigns to entice customers.

Arun then pivoted the conversation to marketing to millennials, stating, “Our data is now like digital breadcrumbs that are left behind on the Internet. Marketers are always on the lookout to find new ways to get inside our heads, to engage with us in new ways with customers or how to acquire new customers. A natural next to AI would IA – intelligence augmentation using artificial intelligence.”

Chatbots are an evolution in mining for this information and it was this evolution that Anindita Guha touched upon. 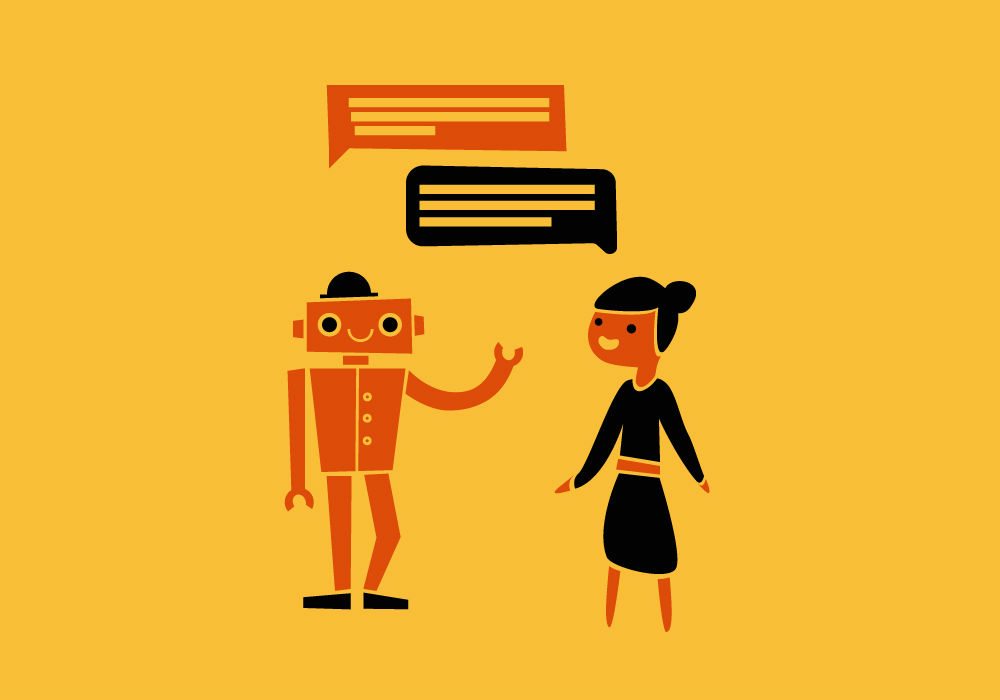 “Users, and most of these users are millennials, are not differentiating on the basis of brands anymore. They are differentiating on the basis of message – where am I getting my information from, how fast am I getting it, and who is giving this information to me consistently. These are their priorities. It’s why marketers in this decade have finally realised that the best way to engage their customers is on their messaging channels.”

Anindita opined that app bandwidth is diminishing, people hardly like to read anymore and that text content has come down to 140 characters. So it is this 140 characters that brands need to cash in on when it comes to user attention. It is the key reason why enterprises are moving to messaging apps, called ‘socio-enterprise messaging.’ This kind of advertising is informal and casual and takes into account the user’s likes/dislikes/interests and responds in real time via bots. It’s why global messaging platforms such as Facebook, KakaoTalk, WeChat etc. have opened APIs to the brands.

She further added that media companies such as TechCrunch, NDTV who have already deployed bots could become personalised through deep linking and parsing user data.

Using Existing Patient Data, We Can Change Prediction Cycles Up To 1-2 Years

The conversation then moved to healthcare where Arun pointed out that so far, technology, in general, has been used for countermanding measures in healthcare – be it fitness, lifestyle diseases such as cholesterol, diabetes, strokes etc., as well as detecting more life-threatening diseases such as cancer. “How can AI work in terms of providing prophylactic measures?” he asked.

And it was Abhinav who answered with, “Healthcare is the perfect place for AI to start working effectively as there is so much historical data already available for the algorithms to derive insights from. So far we have been able to make significant progress with image-based prediction to detect blindness in patients, potential cancer patients etc. but with data derived from wearables and the cloud, AI can be used for more accurate predictions for longer cycles.”

According to Abhinav, the more data we collect, the easier it will become to change the prediction cycle and collate insights/trends – beginning from 1-2 weeks to six months to a longer time period leading to lesser dependency on medicines and more focus  on lifestyle changes from the get go.

But KRS Jamwal had a different take on AI in healthcare. He cited an instance in TISS where radiologists and AI were both asked to diagnose a certain number of patients for cancer. The AI had 20% error rate while diagnosing, while the human doctors had a relatively lower rate of 12%. “But when working together, the error rate came down to as low as 3%. And that is what is needed in healthcare – humans and AI working together, bringing each skillset to the table,” he opined.

The Future Of AI: Judgment Day Or Deliverance

The last topic that the panel discussed was where they see AI going in the next few years and given the increasing dependency tech – will robots replace humans one day soon?

Sneh Vaswani led this round by pointing out that robotics is a separate field that does not fully come under the purview of AI. He mentioned robot MIKO that his company manufactured, an interface that “aims to fulfill the gaps in a young child’s education that can be used to engage, interact and ultimately educate the child without taking anything away from a human experience.” He was also insistent on clarifying that the role of MIKO and others of their ilk was purely to enhance knowledge and facilitate information. 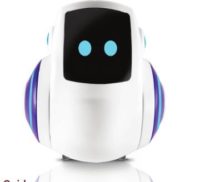 “From a philosophical consumption point of view, there is absolutely no need to substitute humans, teachers and parents etc. The idea is to ensure that the child is educated beyond the confines of a regular classroom as well as not using tech just to play games or watch online content,” he added.

Jamwal and Deepak both concurred on the fact that combining human intelligence and AI in the near future will significantly bring down cost-to-serve across industry verticals, especially if historical data can be used to bring down margin of error.

Using asset management as an example, Deepak inferred that AI can be used to make humans more intelligent by providing them with insights they would otherwise not be able to access in real time. This intelligence can then free up an employee to innovate more and even lead to instances where customers are underwriting checks that are 2x-5x more than they did even a year back.

Abhinav stated that at the end of the day, humans are still at the top of the pyramid when it comes to decision making. AI just follows through on the decision goals already set for them and executes them, while learning from them. So the way forward would still be a combination of humans plus AI in order to sharpen efficiencies in automation.

Sneh aptly concluded the panel advocating for a truly harmonious future between artificial intelligence and humans.

“The goal has never been to replace humans with robots, but to become more intelligent, learn from them and apply it to better ourselves. Ideally, we are working towards a society where humans and robots can co-exist together.”