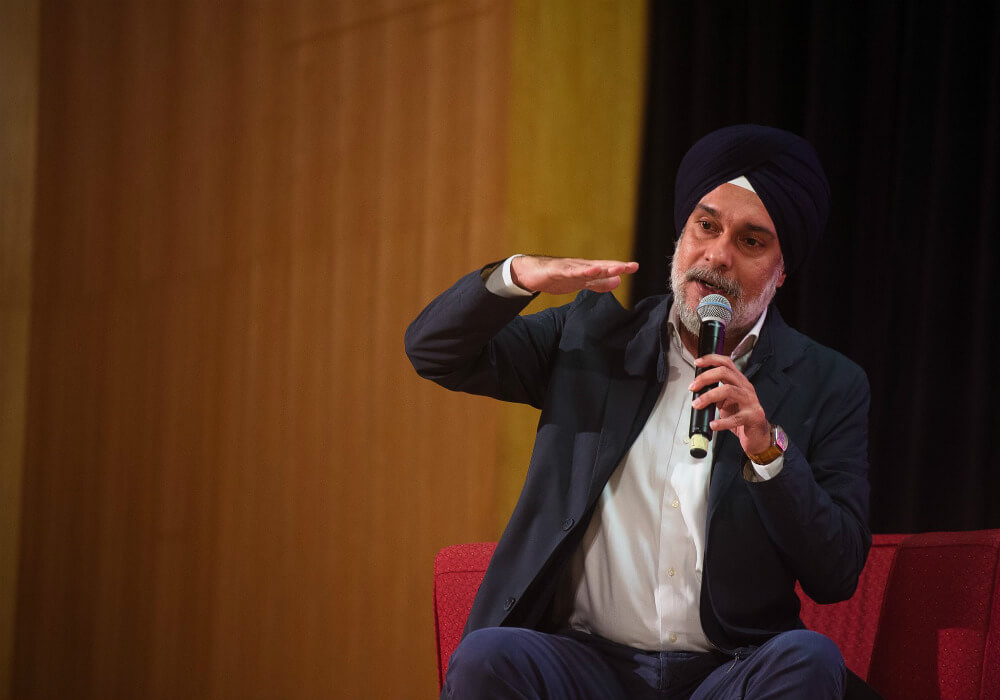 Singapore-based virtual social trading and learning startup TrakInvest has moved to a blockchain platform. Based on Ethereum blockchain, the startup has launched its own utility-based cryptocurrency called TRAK tokens, which will be used for certificational programmes, tokenising ai-enabled trading data and ‘reputational purposes’, depending upon the usability of the trade recommendations made on the platform.

Speaking to Inc42, Bobby Bhatia, founder and CEO of TrakInvest stated, “Unlike other cryptocurrency ICOs we are not doing some money-grab exercise. The aim is to bring right investors in. WIth the ICO of TRAK tokens that are pre-mined and utility tokens, we are aiming to raise some $30 Mn against 66 Mn TRAK tokens.” While the online ICO will the accessible world over, investors from the US and China won’t be able to participate in the same due to regulatory issues.

Founded by Bobby Bhatia in 2013, TrakInvest has socialised the trading. Based on the blockchain, TrakInvest is a P2P platform where a user can follow other investors. The users can track the top investors and traders, and learn from their trading mantra. Headquartered in Singapore, with operations in India, Thailand and Hong Kong, TrakInvest is about ‘Crowdsourcing of Financial Wisdom’ and rewarding its participants in a decentralised economy, based on performance and insights. The platform has currently over 35K daily active users.

While TrakInvest (.com) provides trade learning module and certifications, along with the opportunity to socialise with leading investors and other trade-related recommendations, TrakInvest (.ai) has been started for the ICO purposes. The company also plans to launch its physical academies to not only promote investing as a life skill but also to expose, train, and re-skill investment and technical talent on blockchain and cryptocurrencies.

“The platform TrakInvest (.com) which currently provides virtual equity trading will also be introducing a virtual trading platform for cryptocurrencies and the next generation of “crowdsourced” sentiment tools for equities and cryptocurrencies. These proprietary tools will be developed using the social trading data and behaviour collected for the last three years. It aims to empower the retail investor with all these tools to create a level playing field removing the information asymmetry that has plagued them for so many years,” said Bobby.

TrakInvest also offers certification programmes that reward the user with real jobs when they successfully complete the certification course. This is done via the many partnerships with corporates, universities and governments.

The TrakInvest ICO aims to develop a crypto community of 3K-5K investors for TrakInvest.

Like most of the cryptocurrencies that are limited in numbers, the total number of TRAK tokens are limited to 150 Mn. The tokens can be bought against Ethereum only. Hence, to buy or participate in TRAK ICO, one needs to connect his/her Ethereum wallet such as MetaMask or My Ethereum Wallet with his TrakInvest account.

“The pre-ICO has already kickstarted on December 16 and will end on January 19, 2018. The same day, ICO will start,”  said Arjun Chakrborti, TrakInvest, Head, India.

Listed on Tokendesk as well as Token Market, TrakInvest ICO has received 4.6 rating on ICObench.

“The company is in discussion with five leading cryptocurrency exchanges, three in Asia and two in Europe, to enlist the TRAK tokens. This will help raise the liquidation,” said Bobby.

On the authorities in India and other countries not being very enthusiastic about cryptocurrencies and their ICOs, Bobby clarified, “Falling under the Singapore jurisdiction, the ICO is completely in compliance with the local law and as per the standard practices in South Asia and other countries. We have also joined hands with the Andhra Pradesh State government to empower the retail sector. Also, the tokens have been generated only for the utility purposes.”

Utility tokens are not new in the market. Besides TrakInvest, earlier, Burger King had launched its own cryptocurrency called Whoppercoins in Russia. As opined by Angel Investor Sanjay Mehta while speaking to Inc42, the marketspace, in future, will witness more and more P2P platforms, where each platform will offer transactions in their own cryptocurrencies or crypto-tokens. However, at the end of the day, their success will be dependent upon a number of factors including quality-investors, their trading community, liquidity etc.