Snapdeal Employees Express Resentment Over Termination Of Merger With Flipkart, Write Letter To PMO, Other Authorities

Snapdeal Employees Express Resentment Over Termination Of Merger With Flipkart, Write Letter To PMO, Other Authorities 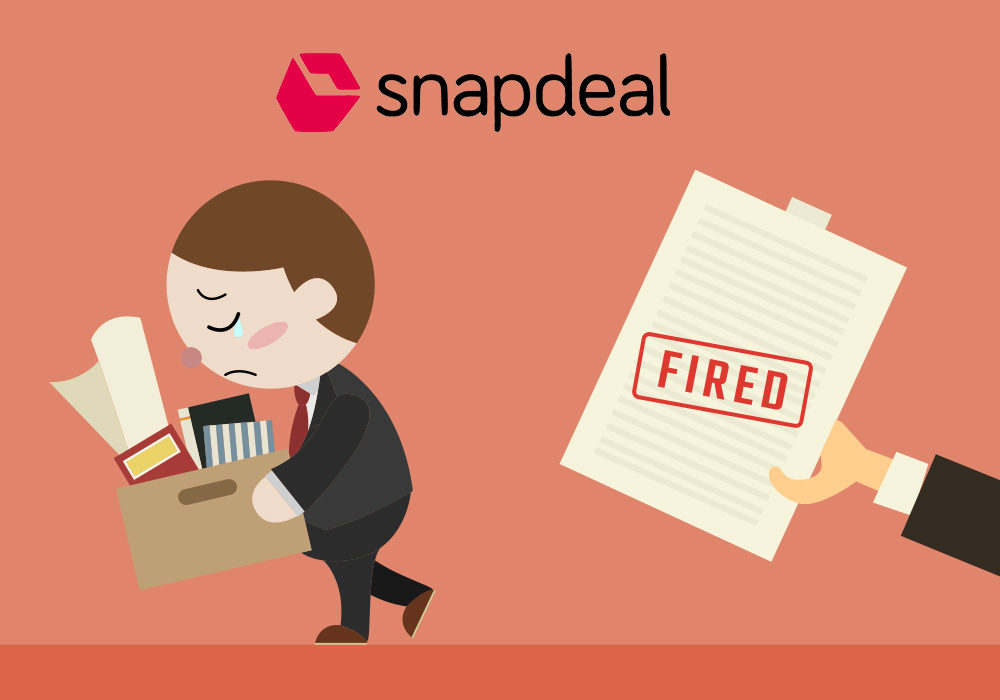 While the Snapdeal founders have announced their intention to work towards Snapdeal 2.0 after the merger deal with Flipkart fell through, apparently Snapdeal employees are not impressed with their founders’ commitment. Former and current employees of the Delhi-based company have anonymously floated a joint letter to co-founders, Kunal Bahl and Rohit Bansal, and also addressed it to the PMO, accusing them of not letting the merger go through for ‘personal motives.’

The letter which was shared by the anonymous Twitter handle of Unicon Baba has also been addressed to the Ministry of Finance, Ministry of Commerce, MD Axis Bank, Governor of the Reserve Bank of India, Central Bureau Of Investigation, and Central Vigilance Commission among a host of other authorities. 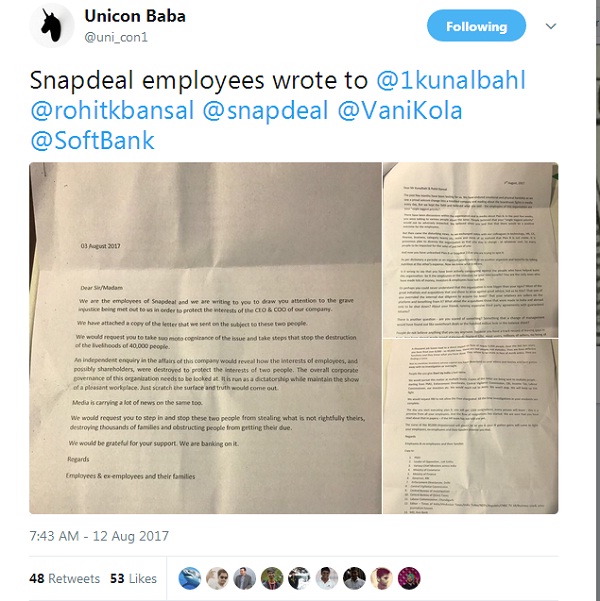 The letter dated August 3, 2017, states that the Plan B or Snapdeal 2.0 is not viable and would only keep the founders in-charge at the cost of a large number of employees. It further asks for an enquiry into the same stating, “An independent inquiry into the affairs of this company would reveal how the interests of employees and possibly shareholders were destroyed to protect the interest of two people.”

Disgruntled Snapdeal employees allege that the overall corporate governance of Snapdeal needs to be looked at, further accusing that it is run as a dictatorship while maintaining the show of a pleasant workplace. They also plan to request the RBI to not allow the FreeCharge sale till these investigations are complete.

The Snapdeal employees have also expressed their doubts over the new independent plan of the founders. They say, “As we exchanged notes with our colleagues in technology, HR, CX, finance, business, category teams etc., more and more of us realised that Plan B is not viable.” It also questions the acquisition of logistics firm GoJavas, stating that the founders “overruled the internal due diligence required to acquire GoJavas.” Additionally, they also raised questions such as if the founders were scared of a management change because of discrepancies in the balance sheet.

As per the letter, the entire episode at Snapdeal has impacted around 40,000 people including Snapdeal employees and their dependents. The Snapdeal employees, who seem to be unhappy about the 2.0 plan, have threatened with mass resignations the day Snapdeal starts executing the Snapdeal 2.0 strategy.

An email sent to Snapdeal’s corporate communication team awaited a response at the time of publication.

Meanwhile, the All India Online Vendors Association (AIOVA) also shared its reaction to the letter shared by the anonymous Twitter handle stating that how a year earlier Kunal Bahl felt invincible but things have fallen now. 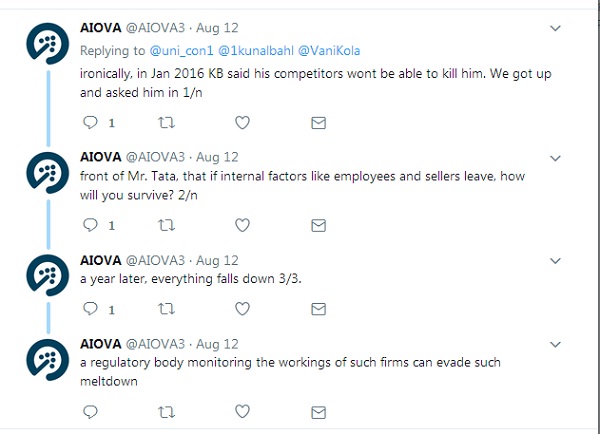 It was reported earlier that, as per the new strategy, Snapdeal has decided to take an independent path wherein the company will have to take a few tough decisions. The company will now progress with its Plan B, Snapdeal 2.0, thereby, pivoting into a Taobao kind of an open marketplace setup. The Snapdeal founders have decided to give pink slips to about 80% of their employees. As per media reports, the company management has given “verbal instructions to their department heads to prepare the list” of employees to be laid off. As mentioned, the current strength of Snapdeal is about 1,200 which will be reduced to just 200, post the mass layoff within the team.

Incidentally, key investor SoftBank which had been pushing hard for the merger had supported the company’s decision and then invested in rival Flipkart. But Snapdeal employees who seem to be on the losing end are in no mood to take the decision lying down. Their quest to get the letter to the PMO and other authorities suggests that transiting to Snapdeal 2.0 is not going to be an easy job for the struggling ecommerce player.

(The development was reported by Moneycontrol)