Should VCs Back Portfolio Startups In Tough Times By Investing Cost-Savings And Carry?

Should VCs Back Portfolio Startups In Tough Times By Investing Cost-Savings And Carry?

Several startups have opted for pay cuts or layoffs to stretch their runway, overlooking ESOPs and other incentives 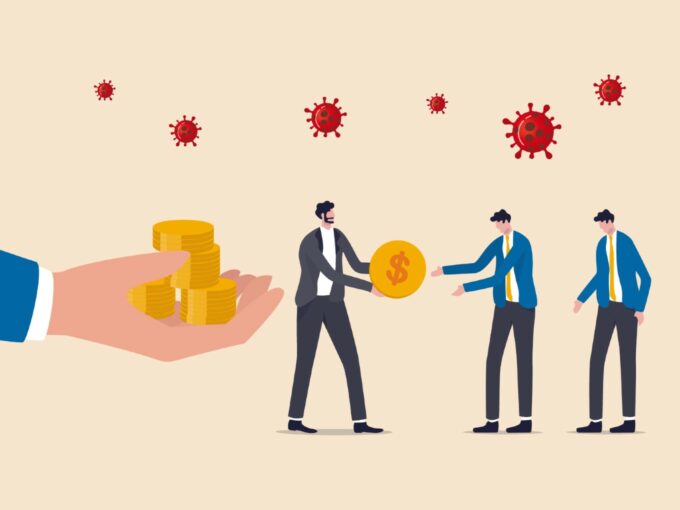 In early March 2020, when Covid-19 pandemic had not become a huge problem in India, Sequoia had written to its portfolio founders advising stretching runway and cutting down costs. Soon enough, every VC firm echoed the sentiments and the worst fears starting coming true with a country-wide lockdown which had a widespread impact on the Indian economy.

In the fight for survival, startups started laying off employees in droves. And while survival is important, it’s also wise to consider the implications of such layoffs and what they mean for the people who have brought the startup to where it is. As POSist cofounder and CEO Ashish Tulsian said survival is key to providing employment, but not at the cost of empathy. “If your company will not survive, there is not going to be an employee anyway. Understand that it is happening with everyone, your employees will also understand some of them may not understand immediately, but they will,” he added.

So what can employers do to avoid such a situation where they have to choose between employee cost and survival? Many have suggested deferred payments and incentives such as ESOPs, but as venture capitalists zoom in on their portfolio, they would realise that many startups cannot retain talent with just these measures. Especially, if entrepreneurs themselves are taking pay cuts ranging from 30%-100%

But one interesting solution was floated by Orios Venture Partners’ Rehan Yar Khan. In a tweet, Khan said, “Should VCs be talking about salary cuts & exits in portfolio companies when drawing above sustenance salaries themselves? Shouldn’t they support their companies through these times by recycling back recent carry and salary into their companies as loans or equity subscription?”

Should VCs be talking about salary cuts & exits in portfolio companies when drawing above sustinance salaries themselves ?

Essentially, Khan’s tweet questions whether VCs can walk the talk when it comes to advising pay cuts and layoffs. While it drove a much-needed discussion on Twitter, do other investors agree?

Khan is referring to sustenance salaries— the amount a person would need to easily pay monthly expenses such as rent/home EMIs, food and essentials. The carry refers to the money a VC made with an exit and has in surplus after paying back LP the principal amount and the additional return. Most VC models generally function on a 2-20 model: wherein 20% is the carry after 2% management fees. This is set by the expectations of the investors or LPs in VC the funds, the relative risk levels compared to other investment classes and the performance achieved by the VC’s fund managers.

Now, let’s consider that a VC is left with certain amount for its operations for the year. Essentially, even VC funds have the burden of extending their runway if they are in the middle or nearing the end of their deployment period, with limited capital left. Further, it is to be noted that exits are a nearly 7 to 8-year cycle, so not every VC will have carry to lend to the startup

A Delhi-based venture capitalist told Inc42 on the condition of anonymity that pay cuts would happen sooner or later in the VC world too, as everyone would try to extend their runway.

Other VCs said that while expectations of supporting startups directly and with delayed equity are not wrong, advising them to give personal loans or investing by cutting salaries of their own employees isn’t very wise in the real world. It may sound good on paper, but it’s just not practical.

As another seed-stage VC investor said even if a VC earns INR 10 Lakh a month and decides to opt for a pay cut to support their portfolio startups with the savings, how much is being essentially offered to a business? Even at 50%, it’s just INR 5 Lakh a month? And hypothetically, even if a VC offers INR 50 Lakh to a business, what good is it exactly for the ones needing crores, asked the investor.

Even if we assume that this amount can be useful, the next question is valuation? Is the venture capitalist offering it as a personal loan? Then at what interest and what is the repayment period? But if it is an equity subscription, what is the valuation and when will it kick in? If a VC asks founder to offer him equity at a flat value of last round or even a down round considering this is a speculative territory, would an entrepreneur be ready?

It is, of course, important for a fund to support portfolio companies, but is it feasible as a personal investment for suggesting pay cuts? How is a VC supposed to answer to the fund’s LPs who have very real expectations of returns? A venture capitalist investing in the portfolio company in a personal capacity outside of LP-backed funds even in a crisis raises the issue of conflict of interest as well. The company had been performing well enough on the money invested by the LPs through the fund, and now the VC investor has also invested personally, at a flat valuation, then they stand to make higher returns than the LPs themselves?

While several angel investors have turned into venture capitalists, the reason why VC partners and managing directors do not directly invest as an angel investor is because of the complicated conflicts of interest.