With Over 80 Clients in India and Africa, Shortlist Will Use The Funding To Expand Its Client Base 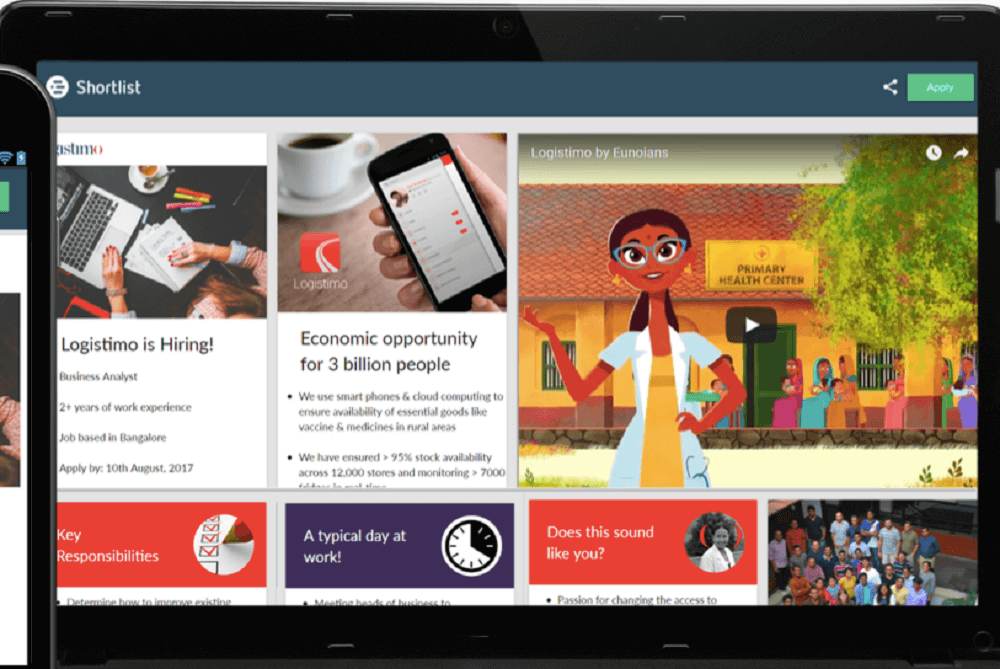 Mumbai-headquartered talent management and recruitment startup Shortlist has secured $1 Mn in Seed funding from the US-based private equity firm University Ventures and Indian angel investor Samir Shah of Sattva Capital. With India and Africa as its target market, the startup operates from offices in Mumbai, Hyderabad, and Nairobi with a team of 40.

As shared by Paul Breloff, the co-founder, and CEO of Shortlist, “We will continue to expand our client base throughout India and East Africa. We are also looking at ways we can also help young professionals access the training and skills they need to succeed in their careers.”

Shortlist has previously received funding from AHL Venture Partners, Blue Haven Initiative, the Shell Centenary Scholarship Fund, and Shell Foundation, and was a winner of the ANDE-Argidius Talent Challenge.

“Recruiting has been a challenge over my career and finding the right talent for a role is demanding and time-consuming for nearly all companies in which I’ve invested,” says Samir Shah. “Knowing the co-founders for many years, I’m excited to see the team come together to build a much improved, tech-enabled solution for companies that want to hire the best without the stress. I’m thrilled to support the Shortlist team.”

Shortlist: What Problems Recruitment Startup Is Trying To Cater To?

Shortlist was launched by Simon Desjardins, Paul Breloff, and Matt Schnuck in early 2016 in India and mid of the year in Kenya. It helps companies in India and East Africa hire for early and mid-career roles based on demonstrated potential and skill, rather than pedigree.

As explained by Paul, “For the vast majority of job-seekers, particularly in emerging markets like India and Kenya, prior work experience or education paints an incomplete and often misleading picture of a candidate’s capabilities. Schooling and subsequent corporate experience is — in all countries — more often determined by “birth lottery” than by merit”

He further added, “We all hold biases, positive or negative, about certain schools or corporate brands, but too frequently these biases affect important hiring decisions. Looking past pedigree and refocusing on potential and demonstrated ability is the first step towards the world where everyone gets a shot at fulfilling professional experiences.”

Given this volume of jobseekers, companies are typically left to sort through hundreds of applicants for a single job opening, relying mainly on CVs and personal connections to guide decisions on who to meet and hire.

“The single biggest challenge for growing companies is finding the right talent to scale,” said Paul. “We believe that both job seekers and employers deserve a better way to find each other and gauge fit. We thus desire to fix this broken talent marketplace, and believe the mix of expertise across India, East Africa, and the United States will add significant strategic value as we build on our early traction.”

To date, Shortlist has partnered with over 80 companies, including Ather Energy, M-KOPA, MicroEnsure, Xynteo.

“Nearly 200,000 job seekers have engaged with the Shortlist platform, where they are able to highlight their strengths and be considered for jobs based on demonstrated potential and fit, not merely their educational background and formal work experience,’ as claimed by the startup in an official statement.

Bridging The Gaps In Recruitment Industry With Tech

Shortlist’s co-founders are former impact investors who experienced firsthand how their portfolio companies consistently struggled to hire the right people they needed to grow their businesses. They observed that companies were overwhelmed with applicant volume and drowning in CVs, with no objective way to discern who would be great at the job.

They set out to create a technology-driven solution for companies to hire based on demonstrated skill and fit, instead of relying on CVs alone.

The startup’s unique technology creates a single application flow to engage candidates across a company’s sourcing channels, including job boards, referral programs, and existing third-party recruiters. Shortlist then screens these candidates using chat-based interviews, online competency assessments, and other proprietary tools that predict how candidates will perform in a particular role. 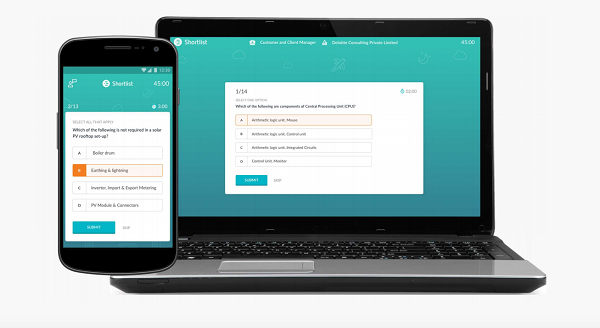 Employers then receive access to interview-ready candidates, streamlining the often time-consuming and bias-prone phases of hiring, and ultimately only engaging with the applicants who possess the right ability, experience, and fit for their teams.

The Existing Brigade Of The Indian Recruitment Startups: Funding, Consolidations And More

As per an India Skills Report, the average increase in hiring intent is about 7%-10% in 2016, compared to last year. The analysts further expect the overall Indian staffing market to be around $40 Bn, including both online and offline domains.

In the Indian recruitment scenario, traditional players like Naukri, Shine etc., have been dominant and have had a major market share, so far. However, in the last couple of years, a lot of new companies, both local and foreign, have come up to clinch a chunk of the online recruitment pie as well as gaining considerable funding from the investors. For instance, recently in February 2017, Bengaluru-based recruitment startup Belong raised $10 Mn in Series B funding.

As stated by Ryan Craig, author of College Disrupted: The Great Unbundling of Higher Education and Managing Director at University Ventures, “Over the past century, we’ve become much more efficient in figuring out how to allocate physical capital. Over the next decade, we will see a revolution in how we allocate human capital. We believe, the shift from degree- and pedigree-based hiring to competency-based hiring has tremendous potential for employers, individuals, and overall economic growth.”

Recruitment and talent management is a core challenge facing growing businesses in emerging markets. Over one million people enter India’s workforce each month, and the World Bank estimates that Africa will add more people to its job market in the next ten years than the rest of the world combined. In such a scenario, instead of focusing on funding or exit models, the stakeholders must push themselves together to build a globally scalable product leveraging tech and the new generation technologies such as AI, Big Data and more. Shortlist is undoubtedly a player to watch in the hiring tech segment, but it will be worth watching how the startup will be able to evolve in near future with the growing needs of this segment.