Take Heed, Entrepreneurs, Even The Most Successful Startup Can Fail To Impress The Investors On Shark Tank Season 9. We Tell You Why 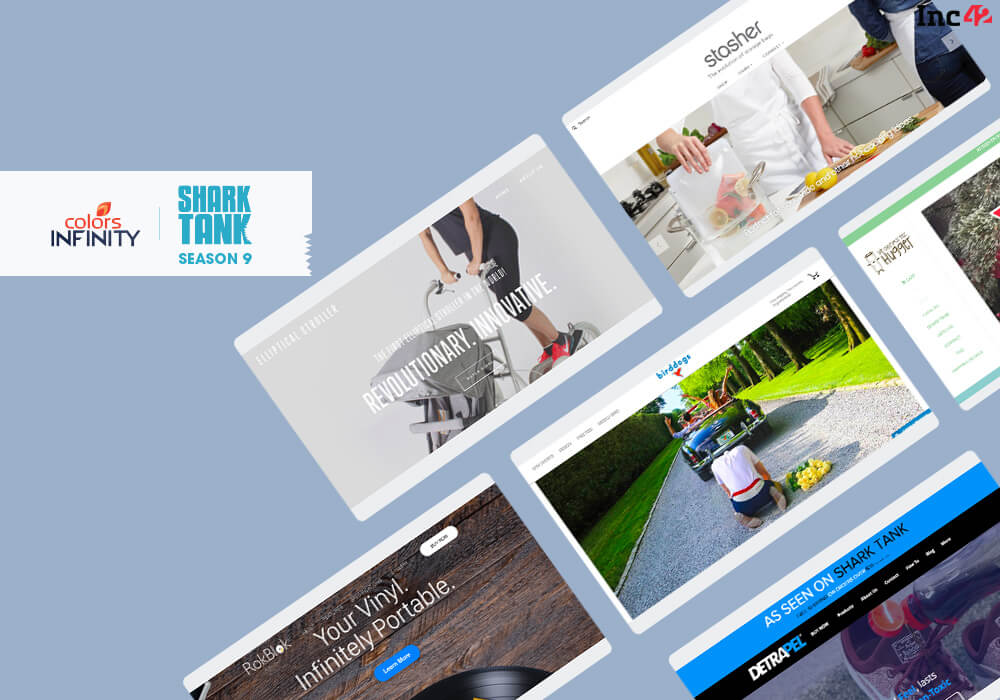 If we told you even having all the boxes ticked — great sales, 24x growth in three years, and a Harvard-educated co-founder — as well as a reasonable pitch of $250k for a 1.5% stake (considering the company’s size and growth) did not help a startup secure a deal on Shark Tank, you’d think we’re lying. Well, that’s exactly what happened to shorts-maker Birddog on a recent episode of business reality show Shark Tank Season 9. They were good at everything (they thought), except that they weren’t.

And then there are products like Rokblok — a brilliant portable wireless record player (yes, this one is for all those vinyl fans) — which hadn’t even received market feedback but was bought out by a Shark, who also offered the founder a six-figure salary, and a lifelong royalty on every unit sold.

Episodes 13, 14 & 15 of Shark Tank Season 9 saw tempers soaring, products that the Sharks dissed, and other that they loved.

Inc42 in association with Colors Infinity has been bringing our readers a ringside view of all the action on business reality show Shark Tank Season 9. Read on to know which startups made the Sharks laugh, which ones amazed them, and which ones they downright disliked or thought were useless in these episodes of Shark Tank Season 9.

Ryan Kenny has found a solution to a problem — a problem which not everyone thinks even exists. When you buy an artificial Christmas tree, it mostly comes with a fuzzy ugly looking bark. Well there, you didn’t think of this as a problem, did you?

But, according to Ryan, there is a sizable number of people out there who care about how the bark looks on their Christmas tree, and so he designed a tree hugger to solve the problem and has a company for the same-The Christmas Tree Hugger. The product comes in three designs that are reversible and the covering can be used to hide all the wiring for the lights as well.

Ryan was pitching for $100k for a 20% stake in his startup. The Sharks were visibly unimpressed by the product (or the need for it) but Ryan could’ve proved them wrong if only he had astonishing sales for the tree-hugger. Unfortunately, that was not the case, though he had managed to sell some on QVC and another platform at a healthy profit margin.

Kevin O’Leary not only refused to invest like the other Sharks but really wanted Ryan to know that the product was a flop, to begin with. Robert Herjavec seemed to share his opinion, but Mark Cuban begged to differ. He encouraged Ryan to carry on making money, but he, too, did not want any part in his product. There was a clear and present message from this pitch — if your product is a non-starter, you are not going to go anywhere with your pitch.

We have to admit that we’ve seen some really cool products on Shark Tank. But none has been cooler than Rokblok — the world’s first infinitely portable wireless record player by the company Pink Donut. There have been so many inventions in the music player segment, but guess what, we are still listening to vinyls and have been doing so for 120 years!

Logan Riley is an audiophile who collects loads of vinyls but does not have enough space in his apartment to house bulky turntables or other kinds of expensive record players. He also can’t listen to his vinyls on the go or show them off at a friend’s party. This is what led Logan to invent Rokblok — something you can put over any record, connect to any nearby Bluetooth-enabled speaker, and you are ready to rock!

Rokblok had raised around $300k from Kickstarter and was in the pre-production stage. At Shark Tank Logan was pitching for another $300k for 15%. Though the margins were impressive, Barbara Corcoran did not want to invest before the market had given any kind of feedback. Mark thought it was a niche market and felt that since Logan was first an inventor and then a businessman, there was a risk of him moving on to the next thing if he got bored of this one.

Kevin made an offer for 50% of the company but Robert devised a cocktail of deals which we have not seen on Shark Tank before. He offered to buy out Rokblok at $600k, hire Logan on a six-figure salary, and pay him a lifelong royalty on every unit sold! Needless to say, Logan jumped on this and the sweet deal was sealed.

One constant complain from new mothers is that between raising their baby and managing their jobs, they just do not get enough time to exercise. Something they need to shed of the pregnancy weight.

Pier Paolo Visconti has come to the aid of new mothers looking to shed post-pregnancy weight. She has designed and patented the Elliptical Stroller, which enables one to get more exercise than just “strolling” around with the baby by using an elliptical attachment at the back of the pram.

Pier needed money to improve on the prototype and finish the safety testing and was pitching for $500k for a 40% stake.

Robert and Kevin tried the stroller and found it heavy and a little difficult to operate. An easy business without a fundraise would be to license it to companies with distribution networks and a ready customer base, but Pier thought that building a brand by himself would do more justice to his invention.

Daymond John shared Lesson 101 of entrepreneurship where founders make the biggest mistakes by thinking that just throwing money at the problems will solve them. Robert wondered why Pier had not tried selling even one product via Instagram or on a TV show. In the end, all the Sharks refused to put any money on Elliptical Stroller.

Here comes the startup we talked about at the beginning of this article. Yes, the one that achieved $6 Mn in annual sales, grew 24 times in just three years and has a Harvard educated co-founder, but still did not pique the Shark’s interest.

Chris Mason and Peter Baldwin run a shorts company called Birddogs and according to the two of them, it’s the best at everything. In one of the most boorish presentations ever made in the tank, the Birddogs founders did everything from engaging in distasteful shenanigans, body-swerving straight questions, to displaying an unfathomable level of arrogance, which naturally left the Sharks livid.

They claimed to be the best at marketing but still spent $13 on acquiring one customer, their supply chain was supposedly super-efficient, but the inventory lead time was six months, and though the product is, ‘10’ times better than the competition, they still didn’t have the confidence to buy more inventory with the $500k just lying in their bank accounts.

The Sharks took no time in bringing the founders back to mother earth and made it very clear that they wanted no part of Birddogs due to their arrogance and their made up claims. Humility is one of the most underrated traits in the startup world, but if you don’t have it, you can get thrown out of the game faster than you can imagine.

Stasher is trying to disrupt the container industry by offering a healthier and more efficient alternative to chemical-filled plastic bags. It’s a premium silicone-pinch lock bag to keep your vegetables and other household items fresh, sealed and secure. It has the transparency of glass with the functionality of plastic.

The company achieved sales of $1.6 Mn in just the first year of operation and was selling 50% of its products online. Kat Nouri of Stasher was pitching for $400k at a 5% stake.

Barbara and Rohan were confused about the lack of branding on the packaging calling out Stasher being a healthier alternative. Kat, though a great salesperson, kept cutting Lori Greiner and Rohan Oza out, and they had no choice but to keep quiet.

It was very clear that Kat wanted Mark Cuban’s money and partnership. Mark, the savvy businessman that he is, offered the money at four times the equity offered. He sweetened the deal with a line of credit and accepted Kat’s counter at 15%. Stasher might have lost more equity than required by concentrating on one Shark and hence losing any bargaining leverage whatsoever.

Who does not recall (in horror, if we may add) spilling coffee on a brand new white shirt or ruining the sneakers you paid for through your nose, while accidentally stepping into a puddle.

Well, worry no more, because Daniel Zamarin, all of 19, has invented Detrapel — a super-hydrophobic liquid repellent spray that’s meant to keep your things clean. There is more — one easy application lasts a whole year and the spray is completely non-toxic.

Detrapel raked up impressive sales in the first year in business and enjoys healthy gross margins. This pitch of $200k for a 20% stake had it all — a proprietary scalable product with solid numbers to back it up along with a young passionate founder. And we know what happens at pitches like these.

The tables turned and the Sharks pitched to Daniel, forming teams to sweeten the deal. Mark and Lori quickly offered the money for 25% equity, which was undercut by Robert and Rohan by just 2%. Daniel accepted to work with the dynamic duo of Mark and Lori because of the expertise and connections they brought in.

There is a lot of action still left on Shark Tank Season 9. Keep watching this space for more fun, amazing, and astonishing startup stories from the tank.