2016 Did Not See A Slowdown In Angel Investment: Shanti Mohan, Co-founder LetsVenture

2016 Did Not See A Slowdown In Angel Investment: Shanti Mohan, Co-founder LetsVenture

Kickstarting LetsVenture’s flagship event LetsIgnite 2017 conference, co-founder Shanti Mohan in her keynote stated how this year’s the event aimed to focus on what the two sides of the ecosystem-namely the VCs and the angel investors were thinking and what are their needs from each other.

Stating that VCs and angel investors have to win together, she said that angel investors want VCs to bring more value rather than mere valuation to startups while VCs expect angels to know when to pass on the baton to VCs to take startups to the next level of growth.

2016 Was No Winter For Angel Investment

Talking about the sentiment of angel investors, which was garnered after talking to a 100 investors on the platform, Shanti revealed that contrary to the general beliefs, that 2016 did not see a slowdown in angel investment in India. She said, “Almost twice the amount of funding was raised on the LetsVenture platform as compared to 2015. So for us, it was not a funding winter but rather global warming.” The average ticket sizes also grew by almost 100%, with round sizes easily going upto $1.5 Mn.

What also improved in 2016 was the quality of founders and startups who were posting better traction, thus helping them garner better valuations. She added that based on their survey, no angel investor stated that they had stopped investing at all. Almost 44% were looking at newer investments, and an equally same number stated that though they would do fewer investments.

“The right sentiment among investors was that though we are not very bullish but we are very optimistic,” she surmised.

Revealing about the VC sentiment, she said that 20% of VCs stated that they would support their existing portfolio, 40% stated they would stay at the same place. Hence she added that if the quality of startups improves, the VC market is expected to move positively this year. So both on the angel and the VC side, an overwhelming majority was bullish on continuing investment. 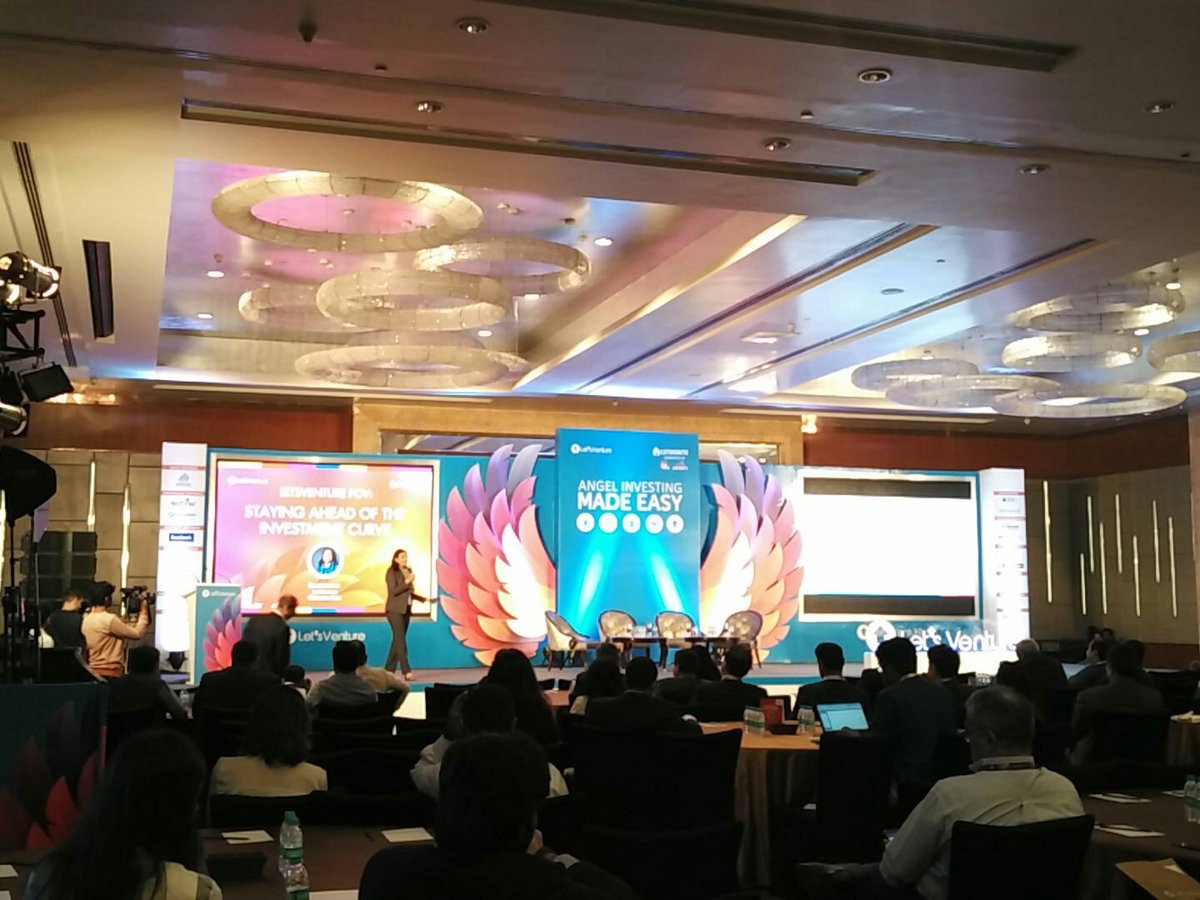 VCs And Angels Win And Lose Together

Further, she added that both VCs and angels have to win together-neither side loses or wins by itself. What angel investors want from VCs and institutional investors to bring more transparency to the exit process, to improve communication, and want them to “bring value and not valuation alone.”

Meanwhile the VCs stated that they are not interested in startups where more than 30% equity is owned by angel investors as that company becomes more an angel driven company rather than being a founder driven company. Hence large dilution at the angel round is not preferable.

Ultimately, both win and lose together, and that is the shared success for the ecosystem.

Speaking about the vision of the LetsVenture platform, she stated that it was to make sure angel investors are brought the best startups to invest in  the space and to aid the creation of lead syndicates. As a platform to stay true to the marketplace behaviour, she stressed that lead syndicates need to be encouraged on the platform. The third focus will be to enable angels to manage their portfolios easily.

As per Shanti, LetsVenture has so far facilitated 105 deals, aggregating to nearly $40 Mn being raised through the platform. Revealing how this has been done in a completely organic way she revealed,

“We still don’t have a marketing role at LetsVenture.”