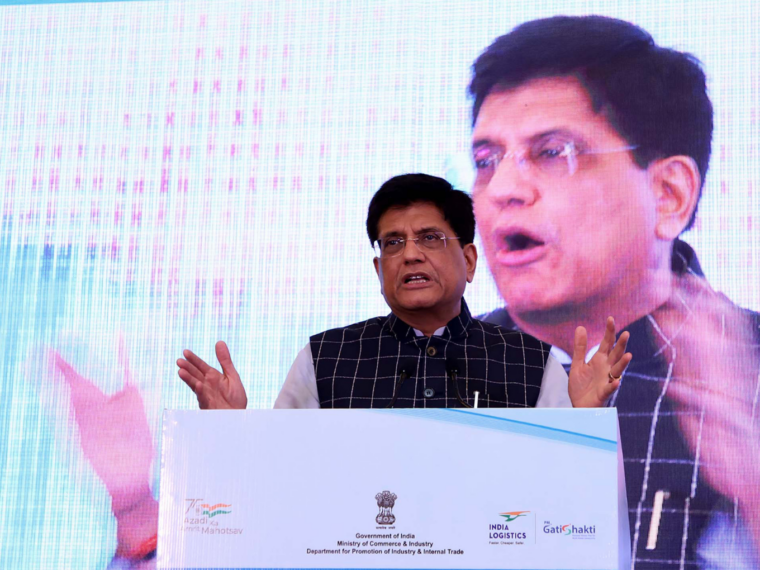 Commerce Minister Piyush Goyal called for faster rollout of the platform, and directed officials to prioritise strategies towards inclusion of non-digital traders and artisans on the platform

On Thursday (June 23),  a meeting of the ONDC Advisory Council, chaired by Union Minister Piyush Goyal, was held in New Delhi to review the progress made by the project so far.

The ministry said that five sellers, one buyer and one logistics platform have been onboarded on the platform so far, adding that these apps have successfully completed cascaded transactions across the ONDC network during the pilot run.

Goyal also reviewed the status of the ongoing pilot launch of the ONDC and called for faster rollout of the platform. He directed the officials to prioritise strategies towards inclusion of non-digital traders and artisans on the platform.

He further called on the officials to launch a pilot with a specific focus on non-digital traders from a single market. Goyal also called for involving local traders’ associations in the exercise and for undertaking various capacity building measures with other stakeholders.

During the meeting, Goyal was informed that ONDC and NABARD are working together to bring various agritech players and farmer producer organisations (FPOs)  on the state-backed ecommerce platform.

In addition, Goyal was also apprised that the Uttar Pradesh government is actively collaborating with ONDC to list products under its ODOP (one district, one product) scheme on the platform.

Taking a cue from the UP government, Goyal directed officials to focus on listing GI-tagged, khadi and other handicrafts-related products on the platform. The officials were also told to work with other ministries and state governments to integrate and scale up operations of ONDC.

During the meeting, Goyal also called for leveraging the network of incubators under the Startup India Seed Fund Scheme (SISFS) to build ONDC-based applications. He also called for the promotion of development of ONDC-native apps in vernacular languages to cater to diverse sections of the society.

ONDC is an open protocol-based digital commerce platform that will enable buyers and sellers across a wide variety of segments to list on the platform and transact with a gamut of digital-savvy consumers.

The pilot run of the project is currently underway across retail as well as food and beverages segments in five cities – Bengaluru, New Delhi, Bhopal, Shillong and Coimbatore.

As many as 24 startups, such as Dunzo, Meesho as well as subsidiaries of Flipkart, have been onboarded on the platform and are at various stages of integration. ONDC plans to expand to 100 cities by August this year with more than 80 merchants and digital platforms looking to join the network.

The National Restaurant Association of India (NRAI) has also held talks with ONDC officials to enable its partner restaurants to join the network for a pilot run.

All major banks in the country, including Punjab National Bank, State Bank of India, Kotak Mahindra Bank, Axis Bank and HDFC Bank, have invested in the government’s ambitious platform, which looks to take on ecommerce behemoths like Flipkart and Amazon.

According to Inc42, the total addressable ecommerce market opportunity in the country is projected to reach $200 Bn by 2026.